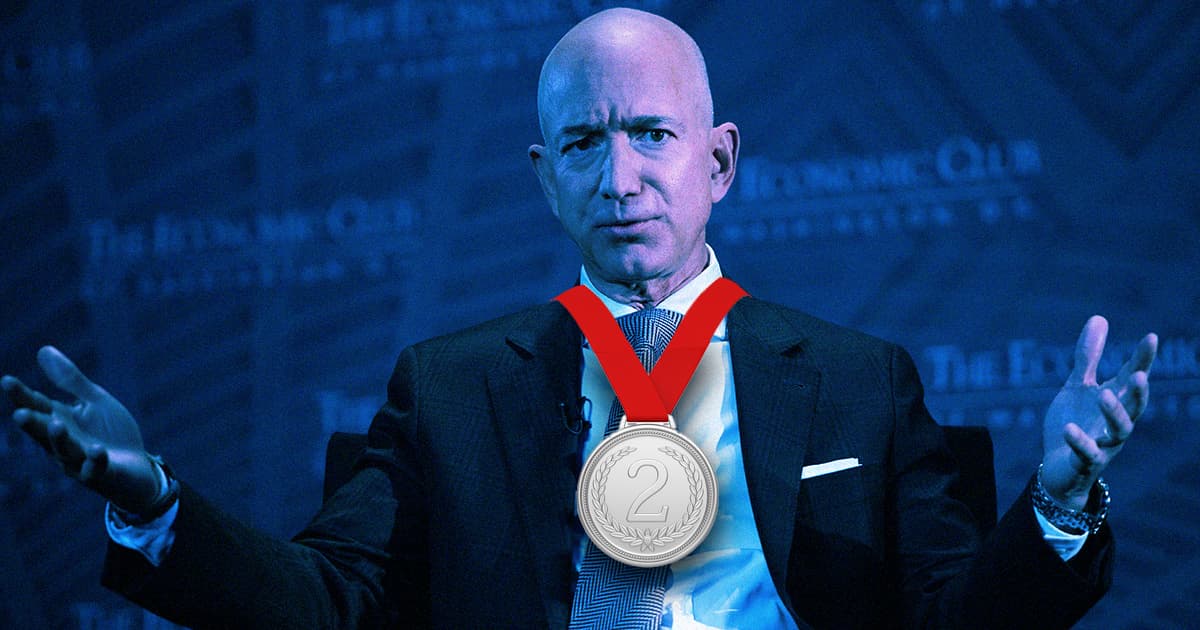 "I’m sending a giant statue of the digit ‘2’ to Jeffrey B., along with a silver medal."

"I’m sending a giant statue of the digit ‘2’ to Jeffrey B., along with a silver medal."

And Musk is appreciating his rare moment in the limelight by poking fun at his favorite adversary, or possibly frenemy.

"I’m sending a giant statue of the digit ‘2’ to Jeffrey B., along with a silver medal," Musk wrote in a brief acceptance speech email to Forbes.

Bezos' PR people did not reply to Forbes' request for comment.

SpaceX emerged as the sole winner back in April, leaving Blue Origin in the dust. Bezos did not take the decision well, and sued NASA last month.

Amazon has also filed several lawsuits against SpaceX, arguing that the Musk-led company is breaking Federal Communications rules in the rollout of its Starlink internet satellites.

The billionaire ranking clearly has amused Musk — but judging by his tone, being called the richest person doesn't seem to matter an awful lot to him.

And why should it? Estimated net worth rankings are a rather obscure reflection of a number of factors that may or may not be of any consequence in the real world.

But if there's an opportunity to take a jab at "Jeffrey," Musk is sure as hell going to take it.

More on the richest person: Elon Musk Is Officially the Richest Person on Earth Again