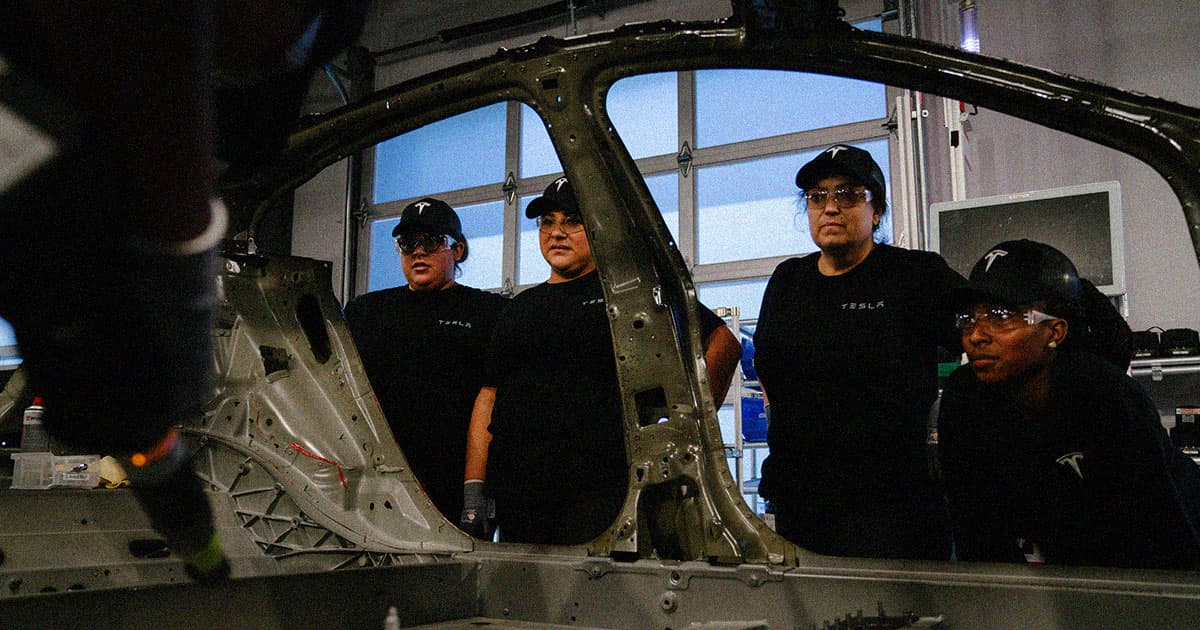 She says she suffered "painful abuses reminiscent of the Jim Crow era."

Feb 4
Mason Trinca for The Washington Post via Getty Images

She says she suffered "painful abuses reminiscent of the Jim Crow era."

Racism and abuse are running rampant at Tesla's factory in Fremont, California, a former employee says.

According to a new lawsuit, Kaylen Barker, a 25-year-old Black woman who used to work at the plant, sued the carmaker after suffering "painful abuses reminiscent of the Jim Crow era," according to official filings quoted by CNN.

During one instance last year, she says management ignored a coworker throwing a "hot tool" at her, while also calling her a racial slur. The coworker was at first fired, but then rehired two weeks later, according to the lawsuit.

Barker also alleges she was told by a colleague that a "Black girl" should not work above her after being promoted to be a supervisor.

All told, it's a terrible look for Tesla.

Bolstering the suit, it's far from the first time we've heard allegations of egregious racism at the factory. Last year, Tesla awarded ex-employee Melvin Berry over $1 million in an arbitration hearing after he filed complaints about racist harassment at work. According to his lawsuit, Berry was called the N-word by his direct supervisor.

Tesla's massive factory — now the most productive auto plant in North America — has had its fair share of other controversies as well, from sexual harassment lawsuits to reports of grueling working conditions.

A Tesla factory worker was even found dead at the assembly line, and another was murdered in the parking lot.

According to a 2020 diversity, equity, and inclusion report, Tesla reported that Black employees make up only ten percent of Tesla's workforce in the US. Women represent only 21 percent.

Barker's lawsuit seems emblematic of broadly problematic conditions at Tesla's busiest factory — and it seems reasonable that reforming that culture would be priority one for the Elon Musk led carmaker.

More on Tesla's factory: Tesla Is Absolutely Spraying Out Cars