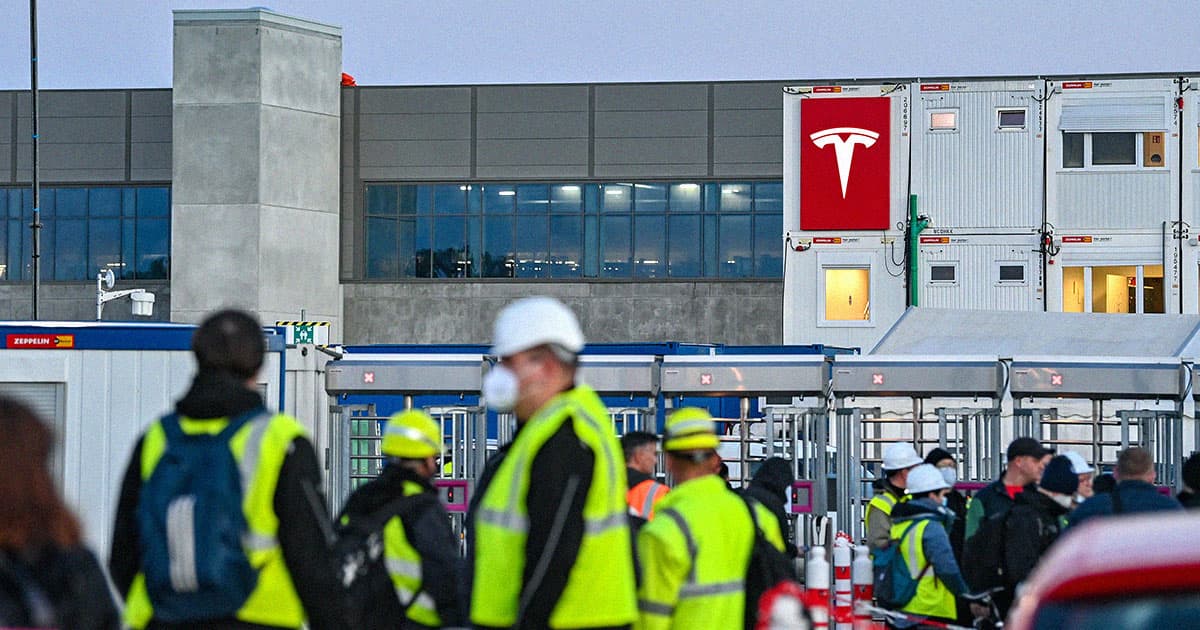 Tesla has been hit with a sexual harassment suit by a factory worker — for the second time in two weeks.

As Reuters and others report, a woman who worked on the assembly line at Tesla's Fremont, California factory said she suffered "sexual harassment on a near-daily basis" from her manager.

Along with repeated inappropriate behavior that included unwanted massages and comments about the manager's penis size, former Tesla employee Erica Cloud said that her manager also used a crude racial term to refer to her.

It was bad enough that Cloud was allegedly made to "fear for her safety," but in her suit, the former assembly line worker also claims that the company retaliated against her after she reported her manager. She claimed that after her report, she was often sent home or asked not to work for "arbitrary reasons," resulting in the loss of wages.

Cloud's suit was filed two weeks after Jessica Barraza, another worker at Tesla's Fremont factory, filed a similar lawsuit against the company. In an interview with The Washington Post, Barraza said her male coworkers would catcall her on the factory floor, touch her, and, at least once, physically block her or pick her up.

In her suit, Barraza — who still works at Tesla on the company's Model 3 line — told the Post that even though it had been three years since the harassment began, it still "robs your sense of security" and "almost dehumanizes you."

Futurism, Reuters, and Business Insider have all reached out to Tesla for comment, but as the company fired its whole PR team in October 2020, there has so far been radio silence.

Both harassment suits were presaged by yet another Fremont employee who won $137 million in damages in October in a racial discrimination lawsuit against Tesla.

This trio of lawsuits are far from the first Tesla's been hit with, but together they paint a portrait of the company as a "frat house," per Barraza's November lawsuit.

It's all fine and good for Tesla and its CEO Elon Musk to put forth a rosy utopian worldview, but that seems to be at direct odds with the alleged — and repeated — workplace culture at its own facility.