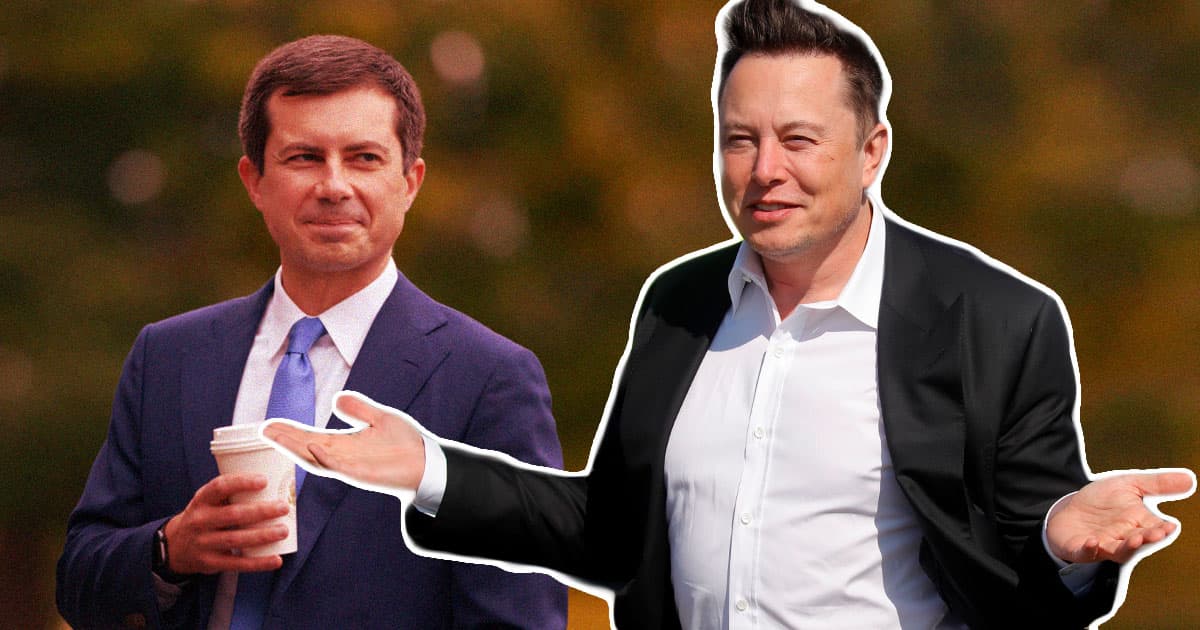 "The government should just try to get out of the way and not impede progress."

"The government should just try to get out of the way and not impede progress."

Jeff Bezos can breathe easy. His cyberbully Elon Musk has refocused his ire on another familiar target: the US government.

In a wide ranging interview at The Wall Street Journal’s CEO Council Summit on Monday, the Tesla CEO blasted the White House’s Build Back Better Act. His criticisms likely stem from the bill’s provision that would give a tax credit of as much as $12,500 to Americans who purchased a union-built electric vehicle (EV) — because, you'll recall, Musk has opposed unionization at the non-worker-organized Tesla.

"Honestly, I would just can this whole bill," Musk said at the summit. He also advocated getting rid of the subsidies, adding that "the government should just try to get out of the way and not impede progress."

US Secretary of Transportation Pete Buttigieg also spoke at the summit on Tuesday, where he rolled up his sleeves and slammed the billionaire for his remarks — or, at least, gave a thorough and well-articulated rebuttal.

"We’re here because there’s three things that will not happen on their own," Buttigieg said at the summit. "One: For it to happen quickly enough to meet our climate challenges. Two: for it to happen in equitable terms that will actually reach Americans who stand to theoretically benefit the most from EVs — low-income, urban Americans, rural drivers."

"And third, the importance of making sure that this electric-vehicle revolution is made in America and creating good-paying jobs," he added. "And, of course, we believe in the benefits of union jobs."

Much of the SpaceX CEOs recent anger at the White House could be traced back to his ardent anti-union stance.

In September, Musk blasted the Build Back Better Act’s provision incentivizing the purchase of union-built EVs. He also butted heads with the National Labor Relations Board after it said Tesla violated labor laws when it fired a union activist.

If the legislation does get passed, it’ll be interesting to see whether or not it successfully encourages substantial numbers of Americans to buy union-built EVs. If it does, Musk might find himself in the precarious position of actually, maybe, possibly allowing Tesla workers to unionize. We wouldn’t bet a signed dollar on it though.

READ MORE: Pete Buttigieg fires back after Elon Musk blasts federal spending on EVs, saying there are ‘things that don’t happen on their own’ [MarketWatch]