"Freedom is being stripped away one piece at a time until it is gone." 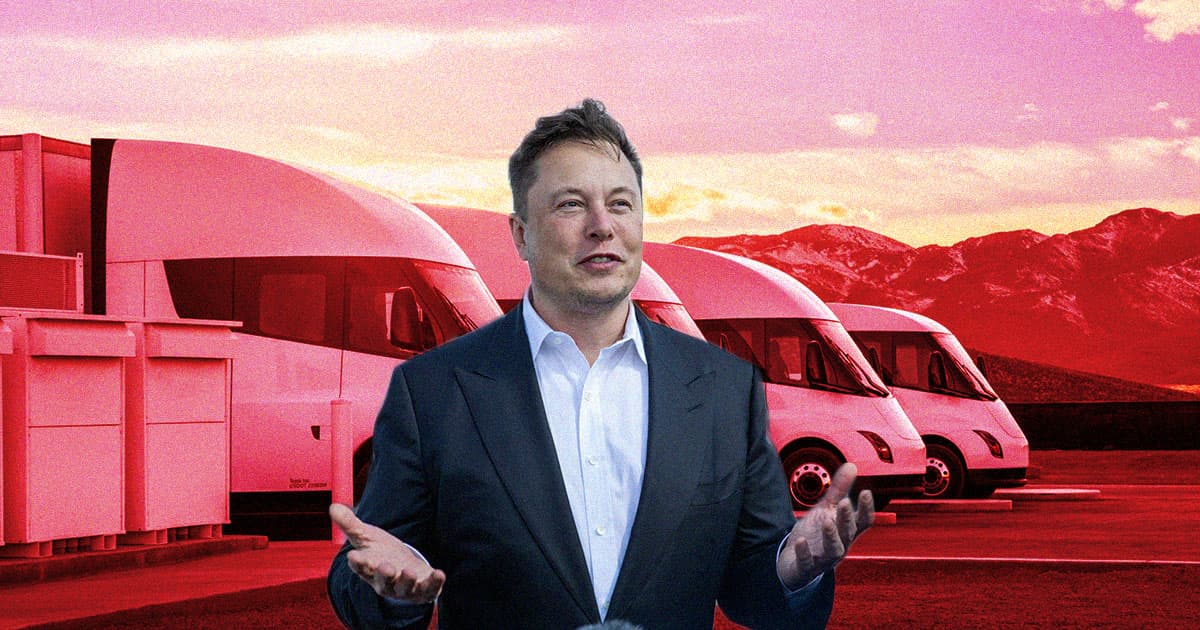 This week, Canadian truckers led a convoy through the province of Ontario to protest against mandatory COVID vaccines.

It's true that Canadian truckers have spent years battling terrible working conditions, but it's unfortunate that they're focusing their anger at vaccines, which are an extremely effective way to not die from COVID.

And in any case, all that nuance seems to be lost on Tesla CEO Elon Musk, who went on a Twitter tirade Thursday that was unhinged even by his standards.

"If you scare people enough, they will demand removal of freedom," he tweeted. "This is the path to tyranny."

"Canadian truckers rule," he added in a separate tweet. "Freedom is being stripped away one piece at a time until it is gone."

The sentiment may be a thinly veiled attempt to curry favor with his car company's future customers. On Wednesday, ahead of the company's quarterly earnings call, Tesla unveiled a fleet of new "Tesla Semi" electric trucks.

Ironically, though, Musk is also leading the charge to ensure truckers will soon be out of a job, pushing for fully autonomous technologies that could soon replace human truckers behind the wheel.

It's far from the first time Musk has ranted about "freedom" and spread dubious information about COVID. In March 2020, he called for an end to local lockdowns designed to protect the health and safety of workers during the early stages of the pandemic. At the time, lockdowns forced his factory in the Bay Area to close down — a dent in his bottom line that had Musk lashing out.

To the billionaire CEO, officials are vastly overplaying the severity of the situation — despite COVID-related deaths topping charts this week. During his rant on Thursday, Musk again played into paranoid conspiracy theories about officials overestimating the pandemic's death toll, tweeting that it "seems odd that the UN still hasn’t released 2020 world death rates."

The reality is that highly effective vaccines have been available for many months, yet thousands of Americans are succumbing to the virus, most of whom are still unvaccinated.

"Those who remain unvaccinated are at significantly higher risk for infection and severe COVID-19 disease," CDC Director Rochelle Walensky reiterated in a statement last week. Boosters are also proving highly effective at reducing the risk of hospitalization.

In short, publicly protesting the rollout of vaccine mandates will only ensure that the number of COVID-related deaths remains high.

And Musk has decided to throw his full weight behind just that — though, as always, his motivations remain murky.