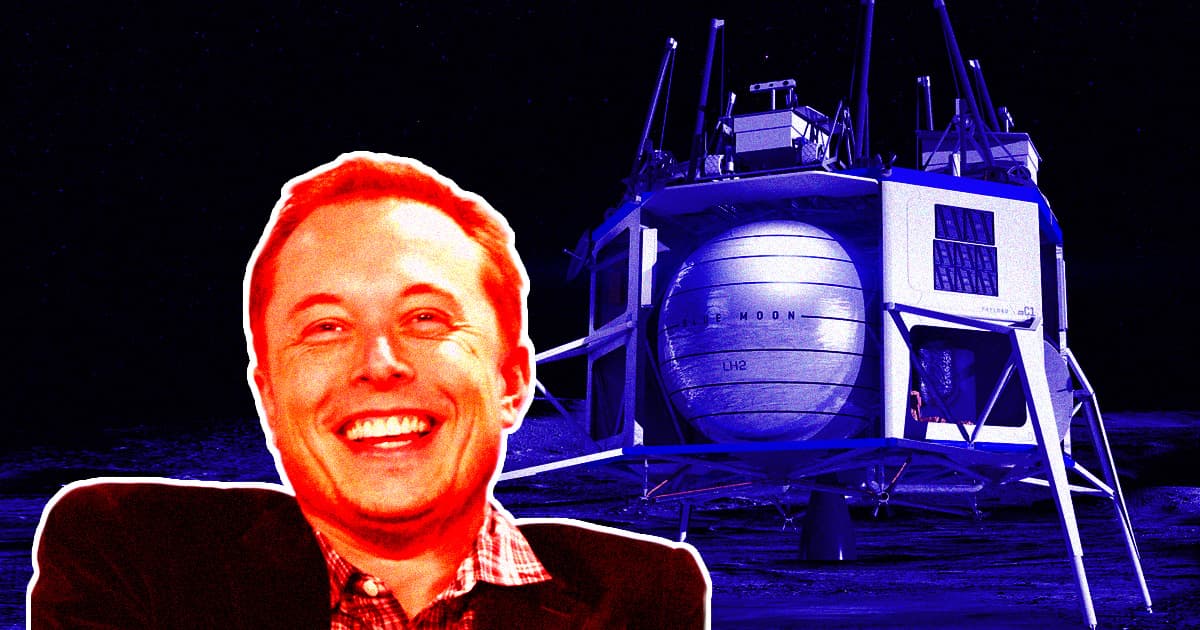 Elon is out for blood.

Elon is out for blood.

SpaceX CEO Elon Musk is out for blood.

Ever since NASA awarded its $2.9 billion Human Landing Systems (HLS) contract to SpaceX — instead of Jeff Bezos' Blue Origin — the two space companies, run by two of the richest men in the world, have been embroiled in a bitter feud that won't be letting up any time soon.

In the latest skirmish, Musk took to Twitter to ruthlessly mock Blue Origin's Blue Moon lander, the company's counterpart to the lunar variant of SpaceX's Starship currently in development.

"Somehow, this wasn’t convincing…" Musk tweeted in derisively, along with a picture of a deflated-looking early mockup of Blue Origin's stalky Moon lander.

Blue Origin has been fighting tooth and nail to be a part of NASA's plans to send astronauts to the surface of the Moon, spending what likely amounts to obscene amounts of money on lobbying efforts in DC. CEO and Amazon founder Jeff Bezos went even as far as to tempt the space agency with a $2 billion discount last month.

Ever since NASA picked SpaceX as the sole winner of the contract — a decision confirmed by the US Government Accountability Office this week after Blue Origin protested the decision — the company has been waging an information war online.

In Blue Origin's eyes, Starship is a clunky, unsafe, and wasteful way to get to the lunar surface. In a statement this week, the company also claimed that it'd take more than ten Starship launches to get a single one fueled up to go all the way to the Moon, something Musk disagreed with, but only slightly, on Wednesday.

"If lobbying and lawyers could get [you] to orbit, Bezos would be on Pluto [right now]," Musk wrote in a follow-up tweet.

More on Starship: Elon Musk Says It Could Take Eight Starship Launches to Fuel Up a Single Moon Trip