"We joke slash not joke that this is partly a company and partly a cult." 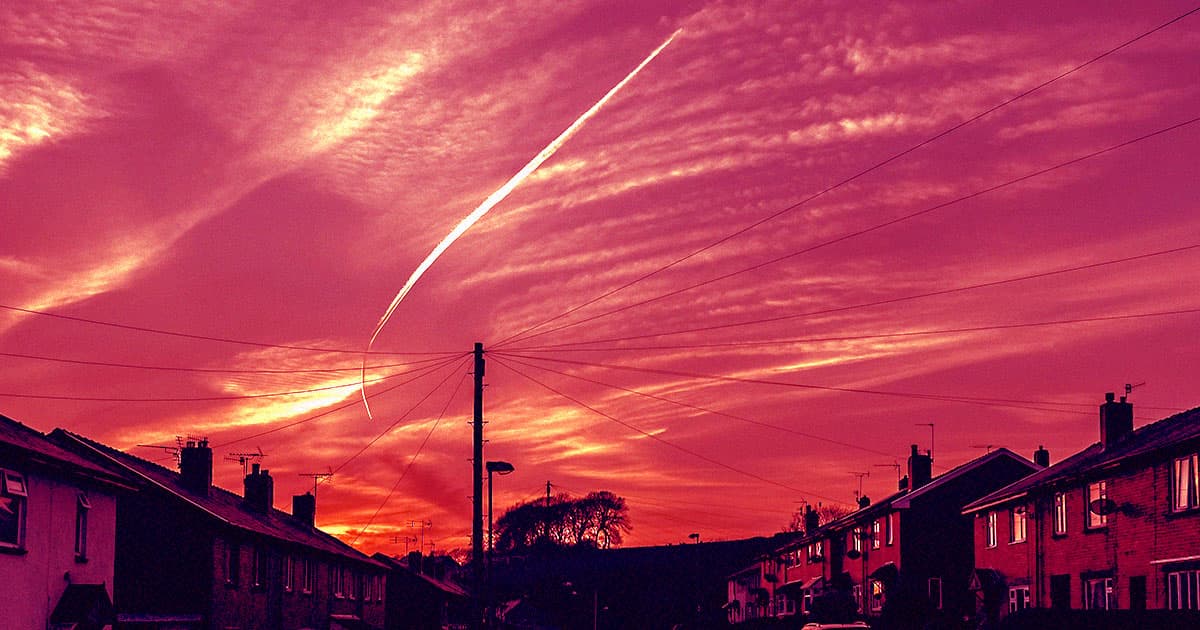 A small environmental startup called Make Sunsets has started injecting sulfur dioxide particles into the stratosphere in an effort to ever-so-slightly cool the planet, a provocative and unproven method of combating a growing climate crisis.

The goal was to have the balloons release sulfur dioxide particles at high altitudes, reflecting the Sun's heating rays back into space, a process commonly referred to as solar geoengineering.

According to MIT Technology Review, the stunt — despite its tiny scale and unsophisticated methodology — likely marked the first time anyone has actually attempted such a feat.

"We joke slash not joke that this is partly a company and partly a cult," Iseman told MIT Tech late last year.

Make Sunsets is blazing ahead despite plenty of criticism and uproar over previous geoengineering efforts. For one, as critics are quick to point out, we don't even know if the idea will work — or if it could have unintended consequences.

"The current state of science is not good enough... to either reject, or to accept, let alone implement" solar geoengineering, Janos Pasztor, executive director of the Carnegie Climate Governance Initiative, told MIT Tech in an email, adding that it is a "very bad idea."

Despite its many critics, the idea of geoengineering has picked up quite a bit of momentum lately. In 2021, the National Academies of Science recommended that the US should "cautiously pursue" the idea given the growing climate crisis.

And earlier this week, a team of UN-backed scientists released a report, detailing the progress of a landmark 1989 treaty called the Montreal Protocol that regulates ozone-damaging chemicals — which included an entire chapter dedicated to the concept of solar geoengineering.

In short, the overwhelming majority of scientists are in agreement that more research needs to be done before we can start sending copious amounts of sulfur dioxide into the atmosphere to ward off the Sun's warming rays.

There are plenty of other reasons to be skeptical. For instance, there's the fact that solar geoengineering efforts may affect entire regions of the world, thereby ignoring geopolitical boundaries outright.

"Who gets to say it’s okay to do this, and if it’s done, how much is done and where and under what protections and with whom in charge?" UCLA environmental law professor Edward Parson told The Washington Post. "These are unexplored questions."

In other words, coming to an international consensus once the effects of solar geoengineering are better understood, could prove difficult.

But given the Montreal Protocol's inclusion of the idea in its latest report, we could be taking the first steps.

"We’re actually advancing the ball a bit here by having the first full chapter in this framework where every nation in the world is at the table," David Fahey, one of the co-chairs of the scientific assessment panel, told CNBC.

"'It depends,' is a really, really important message on this topic at this stage," he added.

Supporters of the idea of climate interventions like solar geoengineering argue that the world is accelerating towards a climate disaster and we can't afford to sit idly by.

"It’s morally wrong, in my opinion, for us not to be doing this," Iseman told MIT Tech, adding that it's important "to do this as quickly and safely as we can."

A graph in the Montreal Protocol shows that the global surface temperature could rise significantly with limited or no mitigation. Injecting aerosols into the stratosphere could offset this rise significantly, according to the graph.

Meanwhile, Iseman isn't dissuaded by the uncertainties and lack of scientific consensus on the effects of solar geoengineering, telling the WaPo that he plans to release more balloons later this month from Mexico.

He's planning to spend the next 20 years releasing "as much as I possibly can while doing it safely," he told the newspaper.

And, oddly enough, he's technically not breaking any rules, either. As a recent Bloomberg opinion piece points out, "there is no law or treaty to prevent a private company from tinkering with geoengineering."

READ MORE: This firm is working to control the climate. Should the world let it? [The Washington Post]

Read This Next
Sundowned
Mexico Bans Startup From Future Solar Geoengineering Experiments
Sun Shield
Scientists Increasingly Calling to Dim the Sun
Blocking Ban
Scientists Say It Should Be Illegal to Fight Climate Change by Blocking Out the Sun
Geoengineering-Lite
New Research: Dimming the Sun Wouldn't be That Bad
Dark Skies
Harvard Scientists to Release Sun-Dimming Sky Chemical in 2019
More on Earth & Energy
Fly Guy
Yesterday on the byte
Bird Advocates Horrified by Pigeon Dyed Pink For Gender Reveal Party
The Dos and Do-Do...
Yesterday on the byte
Startup Backed By "Jurassic World" Producer Says It Will Revive Extinct Dodo Using Complete Genome
Shark Smile
Tuesday on the byte
Influencer Fined for Eating Endangered Great White Shark
READ MORE STORIES ABOUT / Earth & Energy
Keep up.
Subscribe to our daily newsletter to keep in touch with the subjects shaping our future.
+Social+Newsletter
TopicsAbout UsContact Us
Copyright ©, Camden Media Inc All Rights Reserved. See our User Agreement, Privacy Policy and Data Use Policy. The material on this site may not be reproduced, distributed, transmitted, cached or otherwise used, except with prior written permission of Futurism. Articles may contain affiliate links which enable us to share in the revenue of any purchases made.
Fonts by Typekit and Monotype.