Here's What Real Climate Scientists Have to Say About Global Warming

In this climate, it's important that the voices of actual climate science are heard. 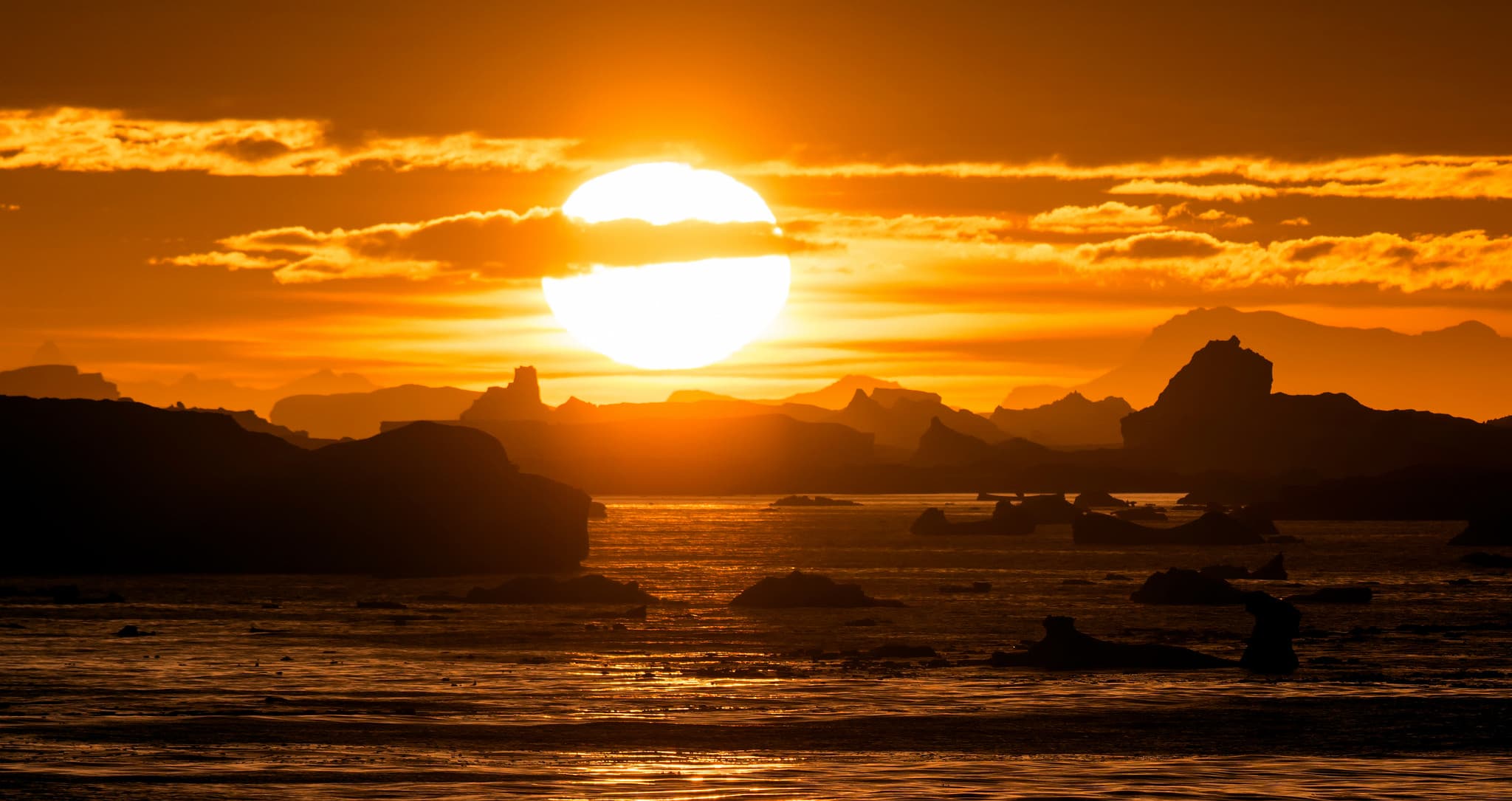 Too often, the media focus their attention on climate-change deniers, and as a result, when scientists speak with the press, it’s almost always a discussion of whether climate change is real. Unfortunately, that can make it harder for those who recognize that climate change is a legitimate threat to fully understand the science and impacts of rising global temperatures.

I recently visited the National Center for Atmospheric Research in Boulder, CO and met with climate scientists Dr. Kevin Trenberth and CU Boulder’s Dr. Brian Toon to have a different discussion. I wanted better answers about what climate change is, what its effects could be, and how can we prepare for the future.

The discussion that follows has been edited for clarity and brevity, and I’ve added occasional comments for context. You can also listen to the podcast above or read the full transcript here for more in-depth insight into these issues.

Our discussion began with a review of the scientific evidence behind climate change.

Trenberth: “The main source of human-induced climate change is from increasing carbon dioxide and other greenhouse gases in the atmosphere. And we have plenty of evidence that we’re responsible for the over 40% increase in carbon dioxide concentrations in the atmosphere since pre-industrial times, and more than half of that has occurred since 1980.”

Toon: “I think the problem is that carbon dioxide is rising proportional to population on the Earth. If you just plot carbon dioxide in the last few decades versus global population, it tracks almost exactly. In coming decades, we’re increasing global population by a million people a week. That’s a new city in the world of a million people every week somewhere, and the amount of energy that’s already committed to supporting this increasing population is very large.”

The financial cost of climate change is also quite large.

Trenberth: “2012 was the warmest year on record in the United States. There was a very widespread drought that occurred, starting here in Colorado, in the West. The drought itself was estimated to cost about $75 billion. Superstorm Sandy is a different example, and the damages associated with that are, again, estimated to be about $75 billion. At the moment, the cost of climate and weather related disasters is something like $40 billion a year.”

We discussed possible solutions to climate change, but while solutions exist, it was easy to get distracted by just how large – and deadly — the problem truly is.

Toon: “Technologically, of course, there are lots of things we can do. Solar energy and wind energy are both approaching or passing the cost of fossil fuels, so they’re advantageous. [But] there’s other aspects of this like air pollution, for example, which comes from burning a lot of fossil fuels. It’s been estimated to kill seven million people a year around the Earth. Particularly in countries like China, it’s thought to be killing about a million people a year. Even in the United States, it’s causing probably 10,000 or more deaths a year.”

Unfortunately, Toon may be underestimating the number of US deaths resulting from air pollution. A 2013 study out of MIT found that air pollution causes roughly 200,000 early deaths in the US each year. And there’s still the general problem that carbon in the atmosphere (not the same as air pollution) really isn’t something that will go away anytime soon.

Trenberth: “Every springtime, the trees take up carbon dioxide and there’s a draw-down of carbon dioxide in the atmosphere, but then, in the fall, the leaves fall on the forest floor and the twigs and branches and so on, and they decay and they put carbon dioxide back into the atmosphere. People talk about growing more trees, which can certainly take carbon dioxide out of the atmosphere to some extent, but then what do you do with all the trees? That’s part of the issue. Maybe you can bury some of them somewhere, but it’s very difficult. It’s not a full solution to the problem.”

We know that climate change is expected to impact farming and sea levels. And we know that the temperature changes and increasing ocean acidification could cause many species to go extinct. But for the most part, scientists aren’t worried that climate change alone could cause the extinction of humanity. However, as a threat multiplier – that is, something that triggers other problems – climate change could lead to terrible famines, pandemics, and war. And some of this may already be underway.

Trenberth: “You don’t actually have to go a hundred years or a thousand years into the future before things can get quite disrupted relative to today. You can see some signs of that if you look around the world now. There’s certainly studies that have suggested that the changes in climate, and the droughts that occur and the wildfires and so on are already extra stressors on the system and have exacerbated wars in Sudan and in Syria. It’s one of the things which makes it very worrying for security around the world to the defense department, to the armed services, who are very concerned about the destabilizing effects of climate change around the world.”

Some of the instabilities around the world today are already leading to discussion about the possibility of using nuclear weapons. But too many nuclear weapons could trigger the “other” climate change: nuclear winter.

Toon: “Nuclear winter is caused by burning cities. If there were a nuclear war in which cities were attacked then the smoke that’s released from all those fires can go into the stratosphere and create a veil of soot particles in the upper atmosphere, which are very good at absorbing sunlight. It’s sort of like geoengineering in that sense; it reduces the temperature of the planet. Even a little war between India and Pakistan, for example — which, incidentally, have about 400 nuclear weapons between them at the moment — if they started attacking each other’s cities, the smoke from that could drop the temperature of the Earth back to preindustrial conditions. In fact, it’d be lower than anything we’ve seen in the climate record since the end of the last ice age, which would be devastating to mid-latitude agriculture.

“This is an issue people don’t really understand: the world food storage is only about 60 days. There’s not enough food on that planet to feed the population for more than 60 days. There’s only enough food in an average city to feed the city for about a week. That’s the same kind of issue that we’re coming to also with the changes in agriculture that we might face in the next century just from global warming. You have to be able to make up those food losses by shipping food from some other place. Adjusting to that takes a long time.”

Concern about our ability to adjust was a common theme. Climate change is occurring so rapidly that it will be difficult for all species, even people, to adapt quickly enough.

Trenberth: “We’re way behind in terms of what is needed because if you start really trying to take serious action on this, there’s a built-in delay of 20 or 30 years because of the infrastructure that you have in order to change that around. Then there’s another 20-year delay because the oceans respond very, very slowly. If you start making major changes now, you end up experiencing the effects of those changes maybe 40 years from now or something like that. You’ve really got to get ahead of this.

As dire as the situation might seem, there are still ways in which we can address climate change.

Toon: “I’m hopeful, at the local level, things will happen, I’m hopeful that money will be made out of converting to other energy systems, and that those things will move us forward despite the inability, apparently, of politicians to deal with things.”

Trenberth: “The real way of doing this is probably to create other kinds of incentives such as through a carbon tax, as often referred to, or a fee on carbon of some sort, which recognizes the downstream effects of burning coal both in terms of air pollution and in terms of climate change that’s currently not built into the cost of burning coal, and it really ought to be.”

Toon: “[There] is not really a question anymore about whether climate change is occurring or not. It certainly is occurring. However, how do you respond to that? What do you do? At least in the United States, it’s very clear that we’re a capitalistic society, and so we need to make it economically advantageous to develop these new energy technologies. I suspect that we’re going to see the rise of China and Asia in developing renewable energy and selling that throughout the world for the reason that it’s cheaper and they’ll make money out of it. [And] we’ll wake up behind the curve.”