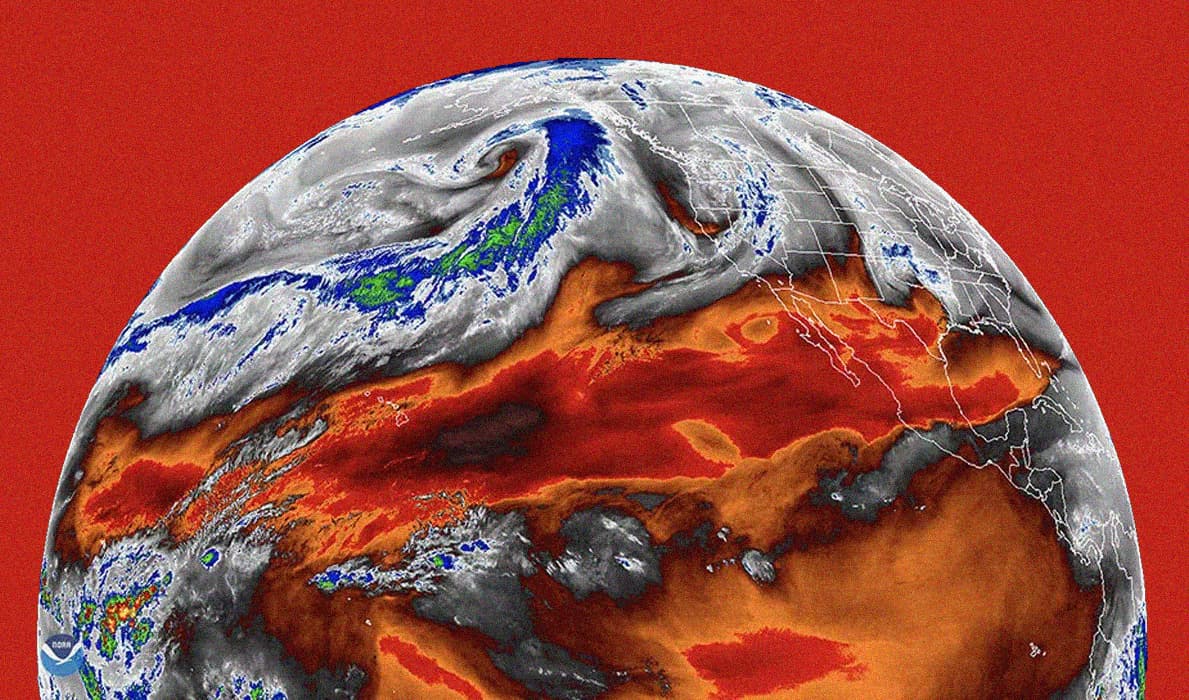 Global Warming May Be Way Worse Than We Thought, Scientists Say

Satellite data may have underestimated the extent of global warming.

Satellite data may have underestimated the extent of global warming.

The satellites that we use to track the global environment may have painted an inaccurate picture of climate change over the years.

It turns out that the satellite data that scientists rely on to create climate models doesn't actually match the laws of physics, according to research published last week in the Journal of Climate. In nature, there's a clearly defined link between temperature and air moisture that isn't reflected in the data. So now scientists need to figure out whether the satellites overestimated that moisture or — in a much more urgent scenario — significantly underestimated just how much the planet has warmed over time.

That's going to be a difficult challenge, as different data sets and models used by scientists at various institutions better adhere to different laws of nature, according to Live Science. Figuring out which ones are most accurate — and as a result which satellite measurements have been inaccurate — will take serious effort.

"It is currently difficult to determine which interpretation is more credible," Lawrence Livermore National Laboratory climate scientist and lead study author Ben Santer said in a press release. "But our analysis reveals that several observational datasets — particularly those with the smallest values of ocean surface warming and tropospheric warming — appear to be at odds with other, independently measured complementary variables."

Part of reconciling the satellite data with actual climate observations will involve going back through time and tracing how the two have diverged. For example, if models informed by these satellites predict different temperatures than what we actually observe, then the satellites likely measured air moisture correctly but temperature incorrectly, and vice versa.

Unfortunately, it will take time to sort that out before experts can draw conclusions about what these apparent errors mean for the climate change research community at large. There's no guarantee that the satellites definitely underestimated global temperature increases, but it's an alarming possibility that will need to be carefully considered.

READ MORE: Satellites may have been underestimating the planet's warming for decades [Live Science]