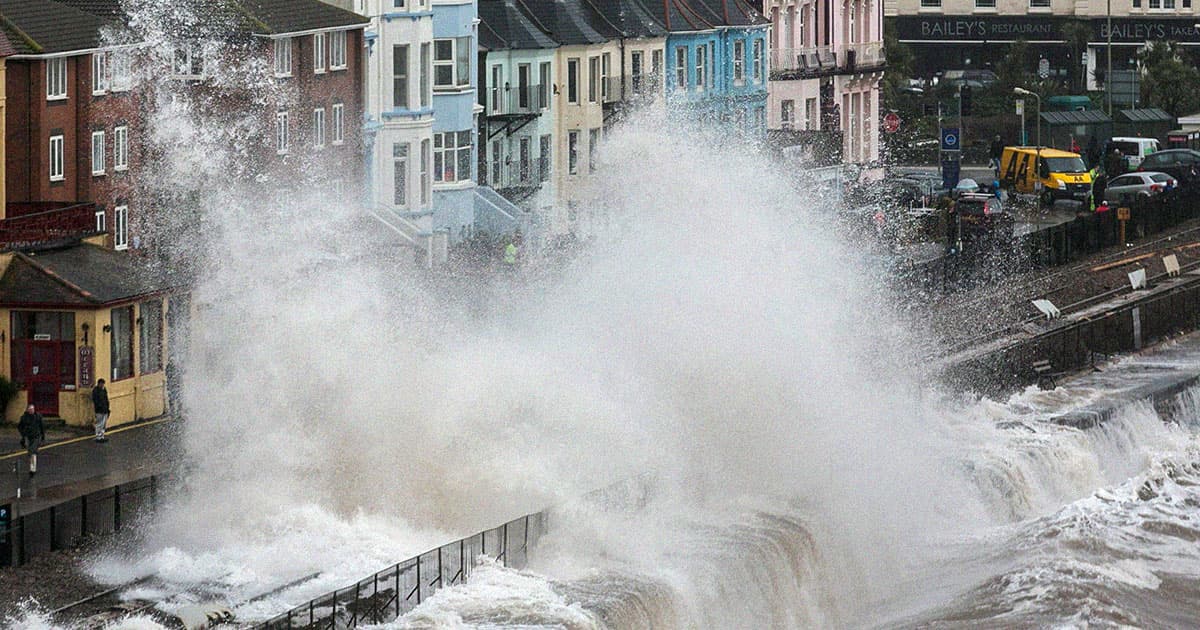 Try thinking that through for literally one second.

Try thinking that through for literally one second.

Renowned scientist and former government employee Donald Trump took the stage at right-wing cringe festival the Conservative Political Action Conference on Saturday — where he made some eyebrow-raising comments on climate change.

In the rambling keynote speech, Trump downplayed the impact of climate change while deriding President Joe Biden for his focus on environmental issues.

"We have a world that’s ready to blow up and disintegrate over energy and he’s talking about global warming," Trump said in the speech. He went on to say that sea level rise would result in "giving you slightly more seafront property."

Of course, his comments are completely wrong — decreasing the world's land mass would slightly reduce the total amount of coastline, due to basic geometry — because remember: he is a moron.

A recent report from the National Oceanic and Atmospheric Administration found that sea level along US coastlines alone could rise by an average of 10 to 12 inches in the next 30 years. This could mean that coastal cities like New York and Miami could begin experiencing regular flooding even on storm-free days. So yeah, some people might get extra coastline, but only because of grim devastation affecting other property owners.

The United Nations also released a report on Monday that painted an even more dire picture of the climate crisis, and said that irreversible ice melt will result in widespread flooding of coastal areas.

But these facts don't matter to a real estate mogul who tends to fabricate alternative truths to create cozy narratives for his own self-interests.

As president, he formally withdrew the US from the Paris Climate Agreement and even appointed oil and gas executives to top-level cabinet positions — so it’s no real surprise he’s willing to downplay deadly sea level rise even if it will affect places he lives in.

More on D*n*ld Tr*mp: Trump Family Aghast That Grifters Made a “TrumpCoin” Cryptocurrency