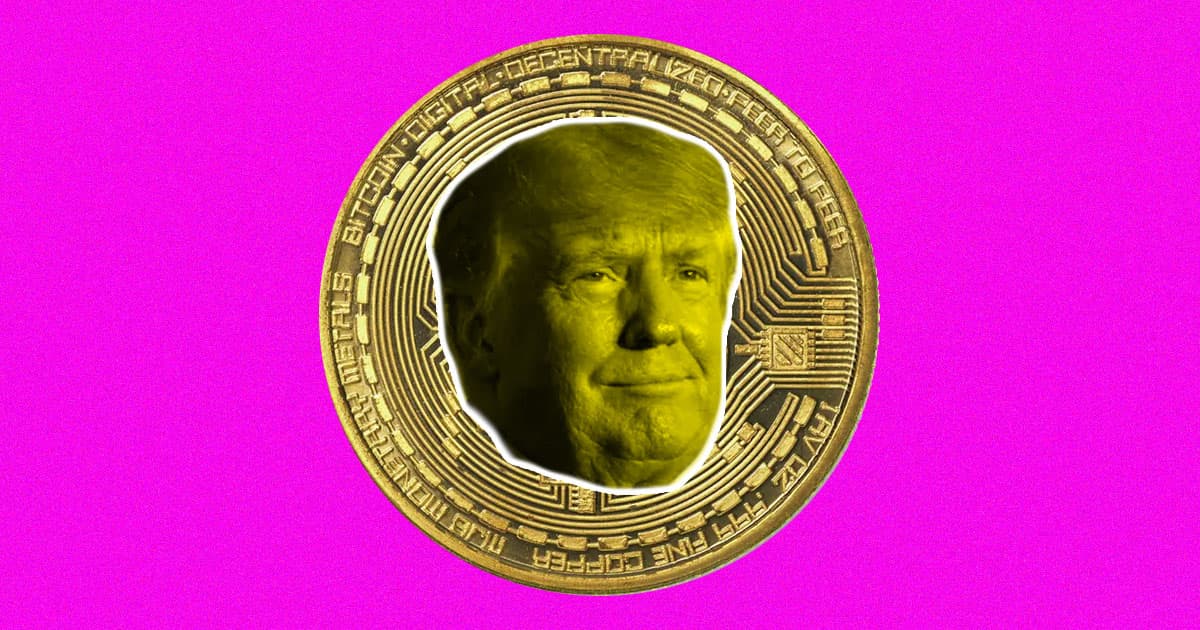 Trump Family Aghast That Grifters Made a "TrumpCoin" Cryptocurrency

This just in: the Trumps are mad that people are using their name to make money off unwitting rubes.

"Fraud Alert," tweeted Eric Trump on Monday morning, noting very authoritatively on behalf of his family that they've just become aware of a Trump cryptocurrency that is unaffiliated with his father, former president and "Apprentice" star Donald Trump.

"Legal action will be taken," the ex-president's largest son added.

Fraud Alert: It has come to our attention that someone is promoting a crypto currency called "TrumpCoin" (Symbol  "TRUMP.") This has NOTHING to do with our family, we do not authorize the use and we are in no way affiliated with this group. Legal action will be taken.

Though the Trump family just found out about their eponymous coin, it has, according to the TrumpCoin FAQ, existed since February 2016 (which was six years ago, if you want to feel old).

"Our community will use TrumpCoin as a worldwide fundraiser and support tool for Patriots that have been forgotten during this pivotal time," the self-described "non-profit volunteers" behind the coin added further down the FAQs page.

Eric Trump just discovered TrumpCoin, created 6 years ago. (I wrote about it at Yahoo Finance in 2018! https://t.co/OIzJe38ZLh) https://t.co/OzseYHx5Hh

The anonymous group behind TrumpCoin has never claimed to be affiliated with the Trump family or brand, though people "in the TrumpCoin community" are excited by the ex-president's son's tweet, hoping it will bring more attention to the currency that's currently valued at about a $0.25.

Ironically, the coin has, according to New York Times disinformation reporter Stuart Thompson, been subject to its very own scam: people selling physical Trump coins and calling them crypto. Thompson noted that these fake ads have "annoyed" those who back TrumpCoin, and that they've regularly had to fend off requests to trade the physical coin for the cryptocurrency, which is "impossible."

Translation: Nobody is allowed to scam our cultists without giving us our cut. pic.twitter.com/KDIxjSuf4b

The whole story is reminiscent of Trump's bombastic presidency itself: a shady group claiming to promote "patriotism" and taking peoples' money to do so — there's even a whole "Patriot Exchange" crypto market that alleges, in garbled grammar, to sell bespoke coins — which has subsequently been subject to its own disinformation campaign by yet another sketchy group.

It would be much easier to laugh at and write off this poorly-performing currency if, like Trump himself, it didn't represent the bottom tier of grievance politics. But hey, at least buying crypto doesn't count as casting a ballot.

But wait, there's more: Trump's Former Lawyer is Selling his Prison Badge as an NFT