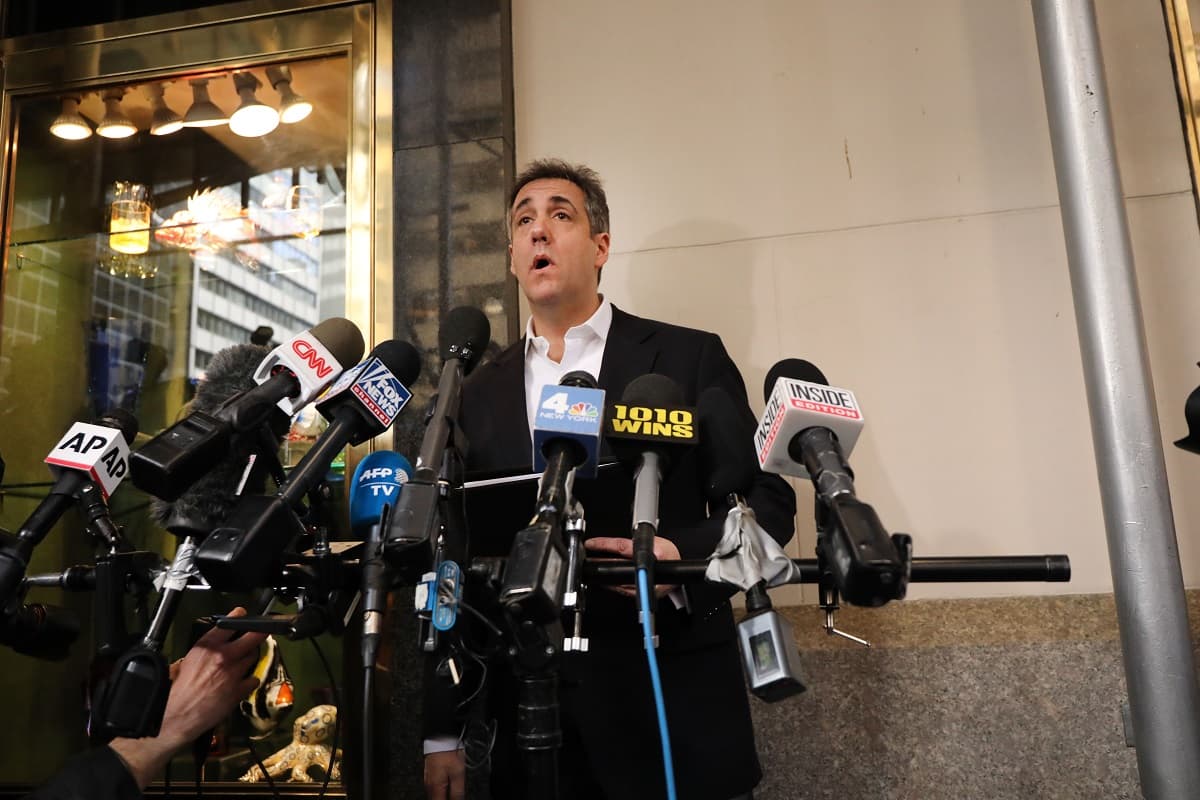 Trump's Former Lawyer Is Selling His Prison Badge as an NFT

The former Trump attorney who fumbled the bag hard enough to land himself in prison — and his former employer under special investigation — is now selling his prison badge as an NFT, because we are currently living in the worst timeline and/or simulation.

First reported by Page Six, the news that Donald Trump's longtime personal attorney Michael Cohen is auctioning off a digital version of his inmate badge should come as no shock to those aware of either NFTs or of Cohen's meteoric crash from Park Avenue to an upstate New York prison.

Cohen, for those who mentally blocked out the period from 2016 until 2021, was known as Trump's "fixer," serving for more than a decade at the real estate mogul's side and on various Trump-related boards until 2018, when the investigation into alleged Russian electoral interference began.

Cohen's office and home were raided by the FBI in April 2018 while he was under investigation for a series of crimes including campaign finance violations and bank and tax fraud, and was in prison from May 2019 until June 2020, when he was remanded to house arrest due to the COVID-19 pandemic.

Released from house arrest on November 22, Cohen — who, among other things, said he paid off women for Trump — announced that he's releasing his prison NFTs on the ArtGrails platform, and that they'll be auctioned off at this weekend's Miami Art Week.

Along with the clearly valuable digital reproduction of his Otisville Federal Correctional Institution badge, Cohen is also selling a handwritten portion of his memoir, "Disloyal," which he penned in the clink. To make it even more meta, he's even selling a video of him writing the book, which was recorded by "an unnamed colleague," as Page Six mysteriously put it.

On the one hand, it's hard not to pity the guy — he had his life destroyed by an employer he used to go to bat for on television and who he now hates. Selling NFTs does seem like as savvy a way as any to make a quick buck after being under house arrest.

On the other, however, stands Cohen's character. Before he became infamous as Trump's fixer, the lawyer was well-known for his pay-to-play taxi medallion scheme which, at its height, saw Manhattan drivers paying upwards of $10,000 for the privilege of ferrying people around in cabs. And though he no doubt has accrued additional debt via legal fees, unsealed court records revealed that he was a cool $22 million in debt from the loans he took out to further that nefarious end.

It's hard to imagine who would even want to buy such a man's prison badge, but then again, people have now paid enormous sums for much stupider NFTs. So who knows. In Trumpworld, all bets are off.

Elonely Planet
Elon Musk Shares Incredibly Stupid Meme Stolen from iFunny
4. 28. 22
Read More
Apes Ahoy
A Major NFT Project Is Falling Apart in a Storm of Lawsuits
3. 22. 22
Read More
Rube Goldbergian
The Dune NFT Project Is Back With an Inscrutable New Scheme
3. 9. 22
Read More
+Social+Newsletter
TopicsAbout UsContact Us
Copyright ©, Camden Media Inc All Rights Reserved. See our User Agreement, Privacy Policy and Data Use Policy. The material on this site may not be reproduced, distributed, transmitted, cached or otherwise used, except with prior written permission of Futurism. Articles may contain affiliate links which enable us to share in the revenue of any purchases made.
Fonts by Typekit and Monotype.