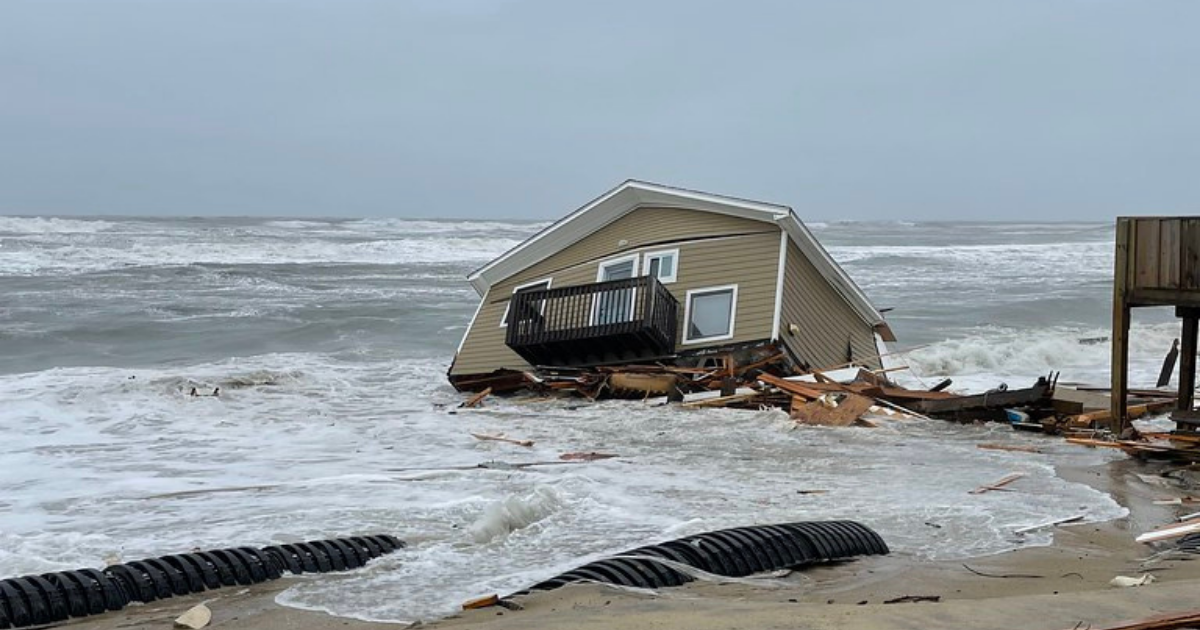 Watch an Entire House Suddenly Fall Into the Ocean

"This is the second collapse of the day."

"This is the second collapse of the day."

Erosion, storms and climate change — oh my! The perfect combination is likely what's behind two North Carolina houses that collapsed into the ocean less than 24 hours apart.

The most recent of the two homes was located in Rodanthe, NC, and wasn't occupied when it was destroyed. The Cape Hatteras National Seashore tweeted video yesterday that shows the moment the house falls off its stilts and crashes into the water, after which the busted-up pieces bob up and down on the waves like a metaphor for the economy.

Cape Hatteras National Seashore (Seashore) has confirmed that an unoccupied house at 24265 Ocean Drive, Rodanthe, N.C. collapsed this afternoon. This is the second unoccupied house collapse of the day at the Seashore. Read more: https://t.co/ZPUiklQAWA pic.twitter.com/OMoPNCpbzk

Dare County tax assessors said on a phone call with Futurism that the (former?) home owner lives in Knoxville, TN. A listing for the home on Zillow says it was recently sold, but doesn't say when — although the value is listed at $381,000 and the real estate site even says the value went up by $11,000 in the last 30 days.

Officials aren't surprised at all that two homes collapsed.  Reports say erosion has worsened over time, and some social media commenters conjectured that climate change didn't help. A Dare County tax assessor said part of the problem is a lingering storm that, because of its duration and not its strength, is almost as bad as a hurricane. She said the storm should ease up by tomorrow and hopes crews will be able to begin cleanup.

Sea level rise and environmental changes are impacting beach-front homes around the US. Will insurance companies and other government agencies adjust as more buildings start to fall?