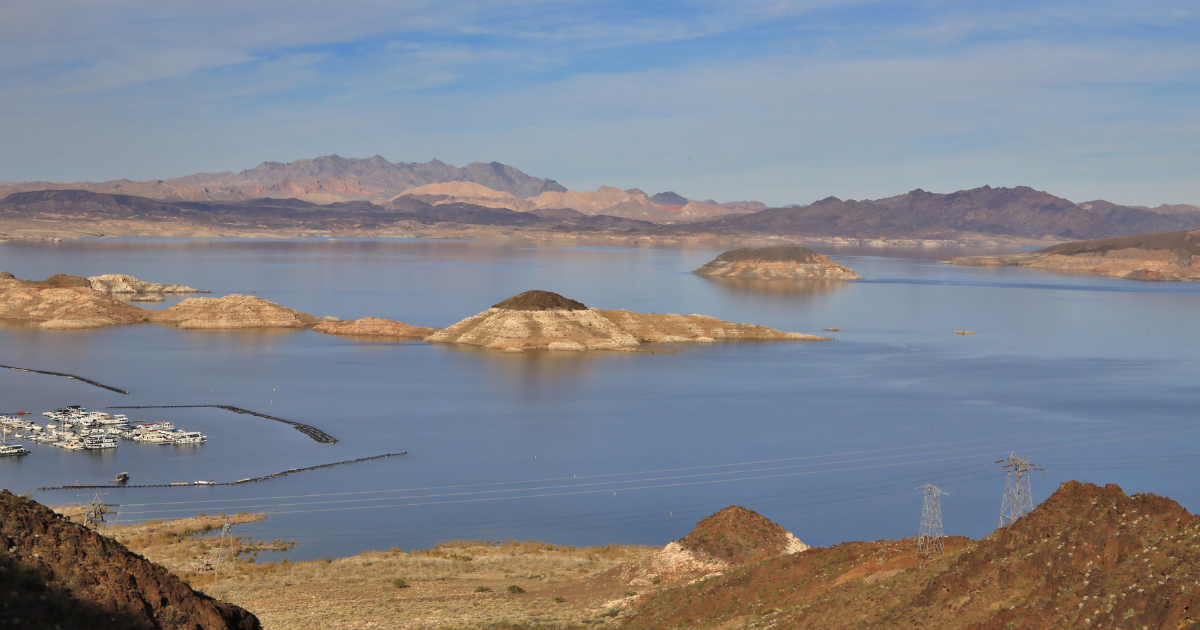 This will keep happening, won't it?

This will keep happening, won't it?

In an unusually grisly side effect of climate change, a lake in Nevada is giving up its dead because of an ongoing draught that's causing record-low water levels.

According to a press release by the National Parks Service (NPS), rangers received a witness report of human skeletal remains at the Lake Mead National Recreation Area over the weekend. Officers recovered the remains and the county medical examiner is still determining the cause of death.

The discovery would be frightful on its own, but it comes just a week after authorities discovered a separate body, this one located in a barrel and also in the drought-ravaged Lake Mead, believed to be the remains of a shooting victim that had likely been submerged since the 1970s or 1980s.

At least one user on social media pointed out that the discovery of remains might become a gruesome habit given the drought.

"As the lake levels continue to drop, you're going to be posting this at least once a week, I think," the account said in response to Lake Mead's official NPS account.

Lake Mead is an important reservoir that provides water and electricity to tribes, cities and rural areas in Arizona, California and Nevada. Last year, officials predicted it would hit its lowest point since the 1930s, at just 36 percent capacity, and that it would likely get worse over time.

As climate change marches on, water shortages like this one will likely cause more tension. If the twitter quip above turns out to be true, we could soon find out just how many unsolved murders our bodies of water are holding onto.

More on Earth and energy: Scientists Discover Something That Looks Like a Road Deep Under Ocean