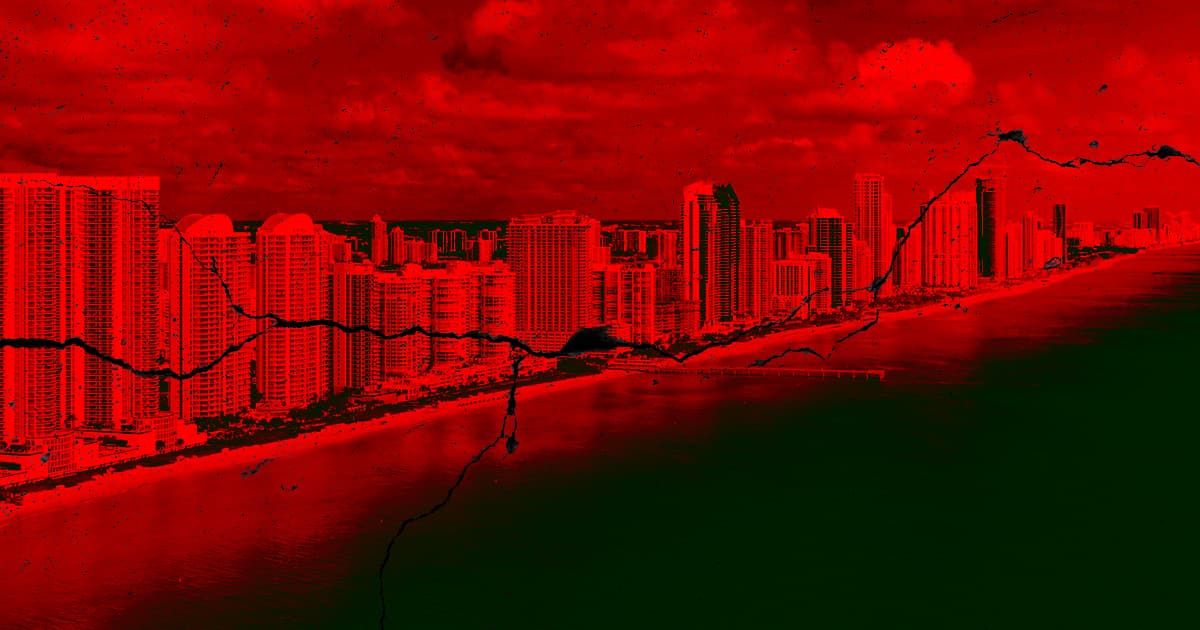 The rising sea level could have played a major role.

The rising sea level could have played a major role.

After a Miami condo building collapsed in a deadly tragedy last week, experts are now probing the role that climate change played in the building's well-documented and largely-ignored deterioration.

For now, their understanding is not yet as cut and dry as saying "rising sea levels caused the building to collapse," but there do seem to be a number of ways that Miami's precarious front as a bellwether of environmental destruction likely contributed to the tragedy, The Guardian reports — and depending on how those suspicions play out, that could have widespread implications for the impact of climate change on today's housing and infrastructure.

Experts are increasingly suspicious that rising sea levels accelerated the decline of the building after it had already started to crumble. A 2018 engineering report on the building documented "significant cracks and breaks in the concrete" of the columns and walls of the parking garage beneath the building back in 2018, noting that exposing the flawed structural design to sea water would lead to "exponential damage."

"When this building was designed 40 years ago the materials used would not have been as strong against saltwater intrusion, which has the potential to corrode the concrete and steel of the foundations," the director of the University of Florida’s International Center for Adaptation Planning and Design, Zhong-Ren Peng, told The Guardian. "Cracks in the concrete allow more sea water to get in, which causes further reactions and the spreading of cracks. If you don’t take care of it, that can cause a [structural] failure."

As workers and residents told The Washington Post, the building's parking garage flooded on a regular basis for decades. Again, it's too soon to say that the rising sea level and worsening storms, both manifestations of worsening climate change, definitely accelerated the condo building's structural damage, but putting two and two together in that way does offer a reasonable explanation of how things went so wrong.

There are plenty of other factors that may have contributed to the disastrous collapse, which officials say has resulted in about a dozen deaths and left about 150 other residents unaccounted for, according to E&E News. For example, it's possible that the building had been gradually sinking into the ground over the years, making it increasingly unstable. But it will probably take months to have a definitive answer, E&E notes, as experts are still trying to make sense of the horrible tragedy.

More on the condo collapse: Before the Horrific Condo Collapse, The Building Owners Were Warned