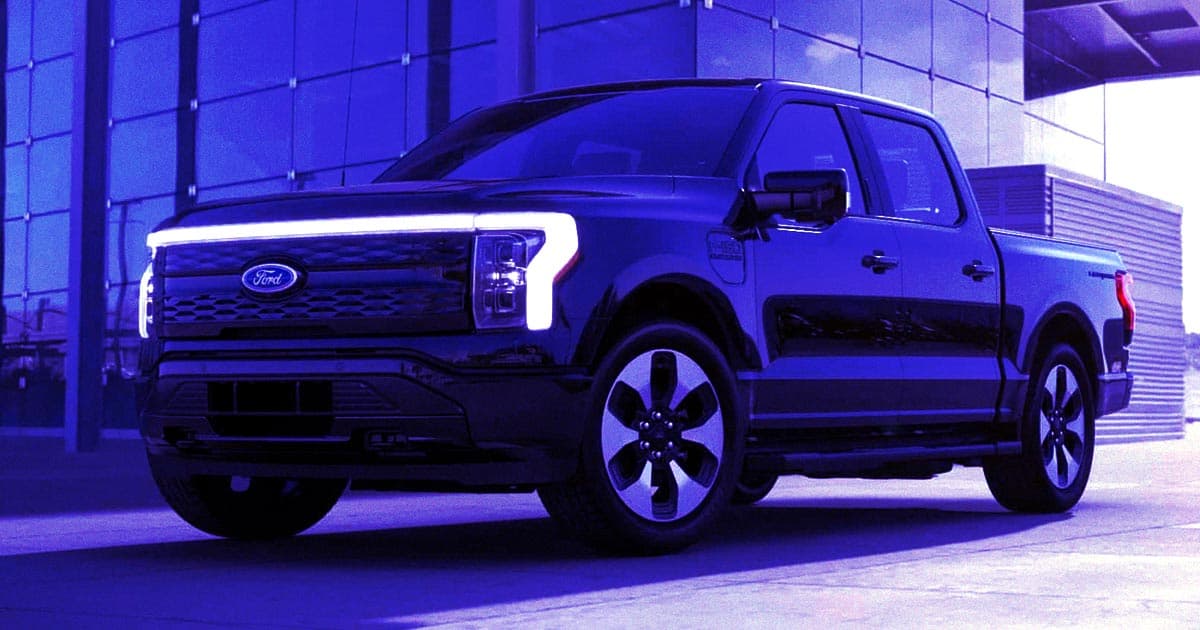 The first customer just picked his up!

The first customer just picked his up!

People who love big trucks and the environment — rejoice! The first electric Ford F-150 Lightning was delivered to a retail customer today in the automaker's home state of Michigan.

Netizen @oneguynick posted a photo with his new truck on Twitter today, and you have to admit the hulking silver four-door beast looks anything but electric as the happy couple stand outside the dealership it was delivered to.

Ford CEO Jim Farley also took to Twitter to congratulate the customer and ask how he likes the new vehicle.

While one commenter in the replies was skeptical about potential markup prices considering the current elevated cost of vehicles, the new owner confirmed he was satisfied with his dealer experience and didn't pay extra fees.

According to EV news site Drive Tesla Canada, the customer pre-ordered a decked out F-150 Lightning in May of 2021. The reservation converted to an order this January, and the truck was delivered today — almost exactly one year following his pre-order.

Industry pub Electrek reported today that Ford vastly underestimated demand for its F-150 Lightning after 200,000 reservations poured in last year. The company ramped up production and is hoping to make 40,000 total units this year, and a total of 150,000 before the end of 2023.

It'll be a while before the majority of customers get their deliveries, so we're looking forward to hearing their reviews and thoughts on whether the newest "Built Tough" truck delivers.

More on the need to stop climate change: Zoo Saving DNA From Rare Animals In Case They Go Extinct