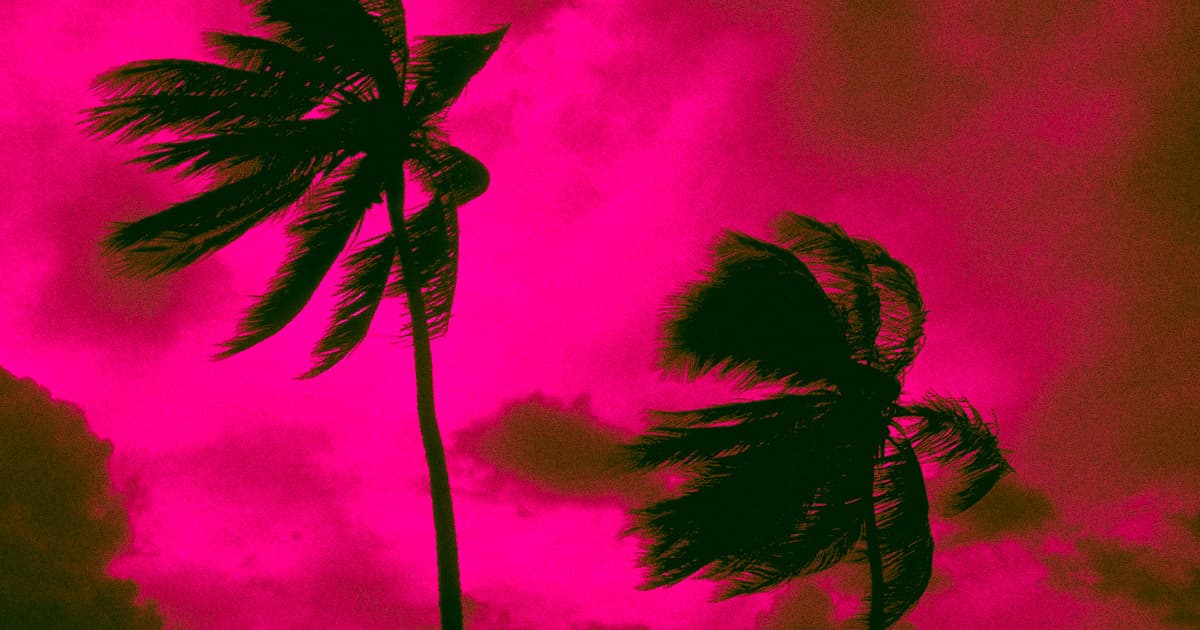 Scientists Sent a Robot Into the Ferocious Hurricane Fiona

Hey kids, wanna see the inside of a hurricane?

Now you can, thanks to a startup called Saildrone and the US National Oceanic and Atmospheric Administration (NOAA), which last week launched their storm robots directly into Hurricane Fiona, a ferocious storm whose damage continues to ravage Puerto Rico and Canada's east coast.

The footage itself of the eye of this Category 1 storm is absolutely stunning, of course — how often does one get to see 50-foot waves and winds higher than 100 mph up close? — but these orange parasail-esque robots themselves are themselves a sight to behold.

The stormbot deployed during Fiona is named the SD 1078, and as Saildrone notes in a press release, this autonomous and crewless storm chaser is one of seven that the startup and the NOAA have currently deployed around the Atlantic Ocean and the Gulf of Mexico. Together, the fleet is "gathering data around the clock to help understand the physical processes of hurricanes," the release boasts.

As awe inspiring as the footage from within Fiona is, these robots serve another purpose beyond satisfying our morbid curiosity — they also provide important information about storms like Fiona or Ian, which is currently brewing in the Caribbean Sea and set to make landfall in Florida soon.

Beyond just capturing imagery and data during storms, the Saildrone fleet is also helping oceanic scientists better understand hurricanes and tropical storms before, during, and after they wreak havoc.

"Combining in situ ocean data with a better understanding of the ocean floor will help us predict both storm intensity and storm surges," CEO Richard Jenkins said in a release issued in August, "keeping our coastal communities safer from these destructive events."

Getting an unprecedented peek into the belly of a hurricane is a privilege formerly reserved for unwitting coastal and island residents or the storm chasing set. Now, we robots can take footage inside storms for us — and help us understand these natural disasters a little better, too.

Governments Are Insuring Coral Reefs. That May Be Enough to Save Them.
3. 19. 18
Read More
After Six Years, We Finally Found the Melted Uranium at Fukushima
11. 20. 17
Read More
Neil deGrasse Tyson: We Can Use Hurricanes to Power the Cities of Tomorrow
10. 4. 17
Read More
+Social+Newsletter
TopicsAbout UsContact Us
Copyright ©, Camden Media Inc All Rights Reserved. See our User Agreement, Privacy Policy and Data Use Policy. The material on this site may not be reproduced, distributed, transmitted, cached or otherwise used, except with prior written permission of Futurism. Articles may contain affiliate links which enable us to share in the revenue of any purchases made.
Fonts by Typekit and Monotype.