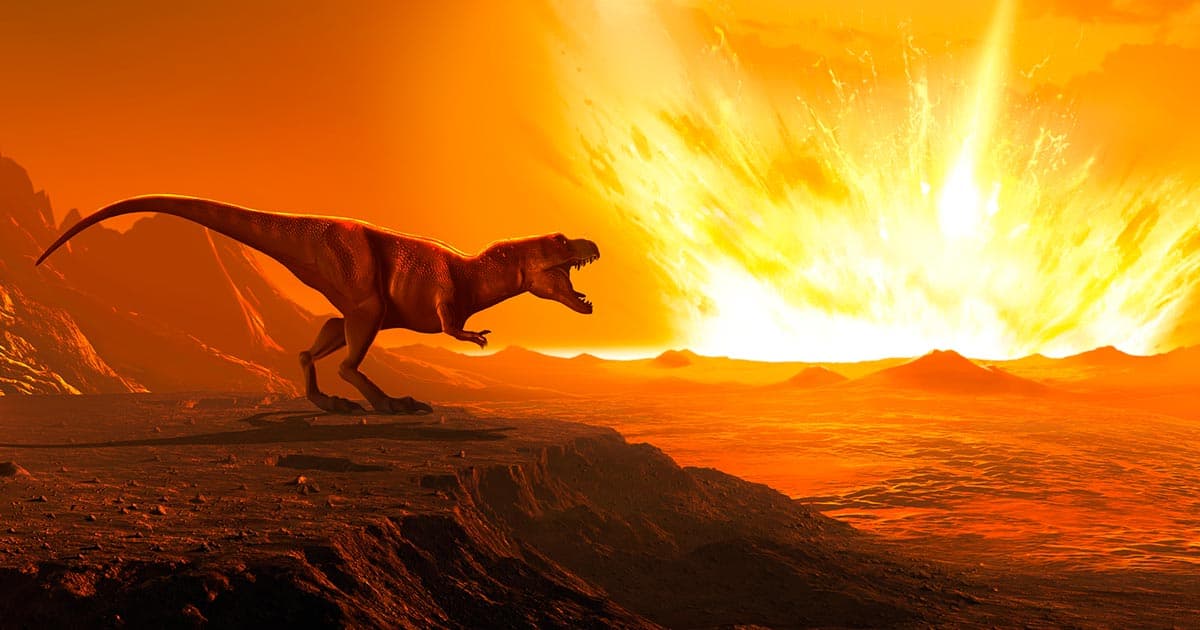 They also found an impaled turtle and fish full of debris.

They also found an impaled turtle and fish full of debris.

Scientists say they've figured out what happened the day an apocalyptic asteroid crashed into Earth and annihilated the dinosaurs.

Naturalist Sir David Attenborough and paleontologist Robert DePalma filmed a documentary about the 66-million-year old rock fragment they found in North Dakota. The film, "Dinosaur Apocalypse," debuts on PBS this week, but yesterday's CNN report on the pair explains where the fragment was located and how it's related to the dino wipeout.

According to CNN, tiny pieces of amber that contain vaporized asteroid dust are from the Hell Creek Formation in the Western United States, which they believe preserved part of the deadly day due its proximity to the impact site. Fossils from the area include fish with gills full of toxic debris, a turtle impaled on a stick, and a dino leg that was possibly blown off its owner.

"It gives a moment by moment story of what happens right after impact and you end up getting such a rich resource for scientific investigation," DePalma told the news outlet. "In that amber we've located a number of spherules that were basically frozen in time. They're perfectly preserved."

The site is 2,000 miles away from the purported asteroid crater located off the coast of Mexico, which means it's just far enough that the Hell Creek animals may have died on the day the asteroid struck.

Although the findings have yet to be published in a peer-reviewed journal, CNN reported that Michael Benton, a professor of vertebrate paleontology at the University of Bristol, worked as scientific adviser on the film and thinks the conclusions are accurate.

It's grim thought to imagine the last day for the dinos. But as the work holds up to scrutiny, it would help to understand what happened to untold species, forever changing the course of natural history.

More on sudden changes: Watch an Entire House Suddenly Fall Into the Ocean