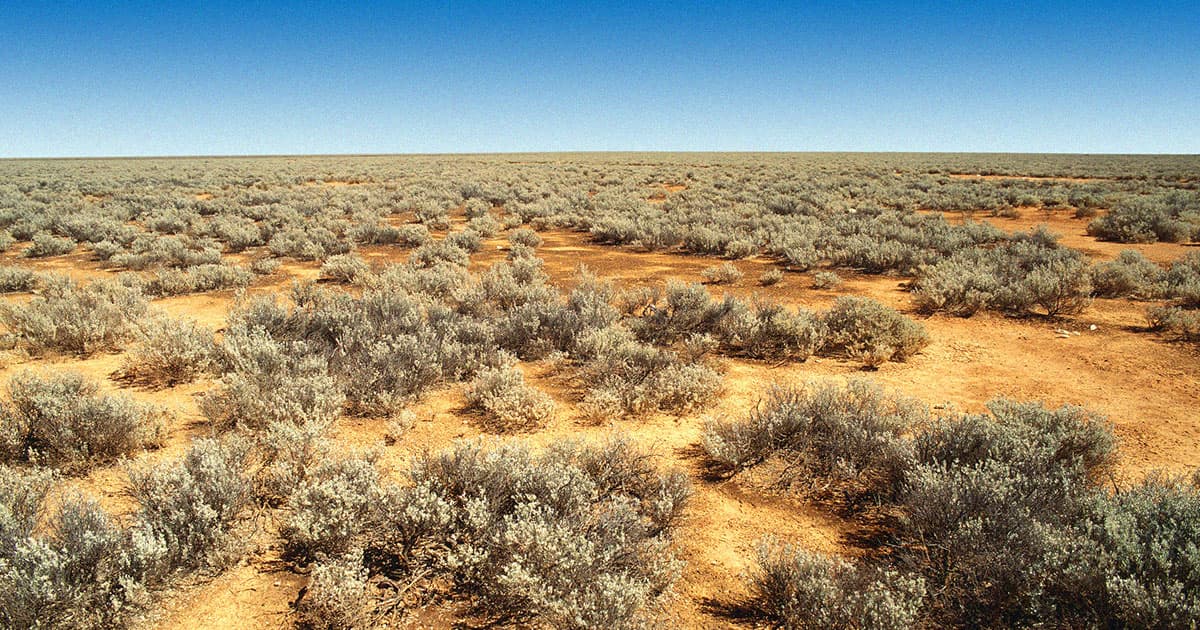 Who Put That There

On the list of places where you might not expect to find a coral reef, the middle of a desert is probably pretty high up there. And yet! The remains of one newly discovered, ancient coral reef, believed to be some millions of years old, goes to show that the world is full of surprises.

An international team of researchers have identified, through "high-resolution satellite imagery and fieldwork," that the Australian Nullarbor Plain — a hot, flat expanse with no easily distinguishable geological features — is actually "the clear remnant of an original sea-bed structure preserved for millions of years," as explained in a press release.

Central to the fascinating study — published this summer in the journal Earth Surface Processes and Landforms — was the location of a "ring-shaped 'hill,'" hidden in plain sight and revealed by that off-world imagery. Field studies then showed that microbial remains found onsite were akin to that of microbial structures found not on land, but under the sea — a revelation corroborating that the Nullarbor Plain was once blanketed by a tropical ocean roughly 14 million years ago.

"The ring-shaped 'hill' cannot be explained by extra-terrestrial impact or any known deformation processes," co-author and geologist Milo Barham said in the press release, "but preserves original microbial textures and features typically found in the modern Great Barrier Reef."

The Nullarbor Plain, according to the researchers, is a particularly fruitful place of geological study, as it's been relatively untouched by erosion. Thus, in a way, the entire region is a sort of like one giant fossil.

"Unlike many parts of the world, large areas of the Nullarbor Plain have remained largely unchanged by weathering and erosion processes over millions of years," Barham added, "making it a unique geological canvas recording ancient history in remarkable ways."

"These features, in conjunction with the millions of years old landscape feature we have now identified," he continued, "effectively make the Nullarbor Plain a land that time forgot and allow a fascinating deeper understanding of Earth's history."

If the Nullarbor Plain could speak, it'd probably say something along the lines of the classic: don't judge a book by its cover. It seems that this Aussie desert was once host to a vast underwater ecosystem — a potent reminder of exactly how much our Earth has changed through its many millennia.