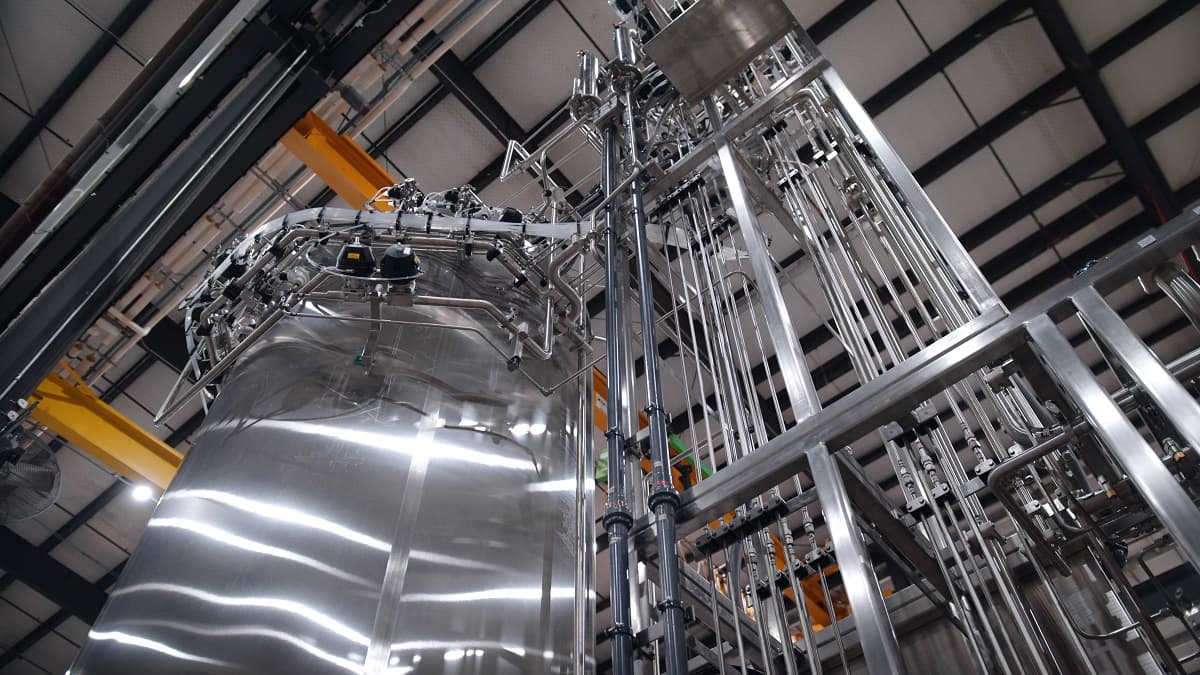 Huge Facility to Produce 15,000 Tons of Lab Grown Meat Per Year in the US

"Our grandchildren are going to ask us why we ate slaughtered animals."

"Our grandchildren are going to ask us why we ate slaughtered animals."

The biggest bioreactor lab designed for cultivating "no kill" meat has announced plans to open up shop in the US and produce a cluck-ton of beef.

Good Meat, the lab grown meat division of Eat Just, Inc., announced via press release earlier today that it's building ten 250,000-liter bioreactors that it claims could make as much as 15,000 tons of meat per year without killing a single animal. The company says it'll choose a site location within the next three months and hopes to open a US branch in late 2022, initially making ersatz chicken and beef products.

"I think our grandchildren are going to ask us about why we ate meat from slaughtered animals back in 2022," Josh Tetrick, the chief executive of Good Meat’s parent company told the Guardian in a report published today.

Even though Good Meat doesn't require animal slaughter, the Guardian reports that it'll still use cells taken from cell banks or eggs. That's toeing the line of "no animal slaughter" tightly — factory chickens are still exploited for their eggs, and those birds are almost always treated terribly.

To top it off, the meat is currently approved for sale in Singapore, not by the US Food and Drug Administration. Good Meat says it's working with the FDA on approval for public sale, but can't say when that might happen.

The thought of several thousand pounds of undead meat is off-putting, sure. But anything to reduce factory farm suffering — and maybe even our national carbon footprint — is worth a crack.