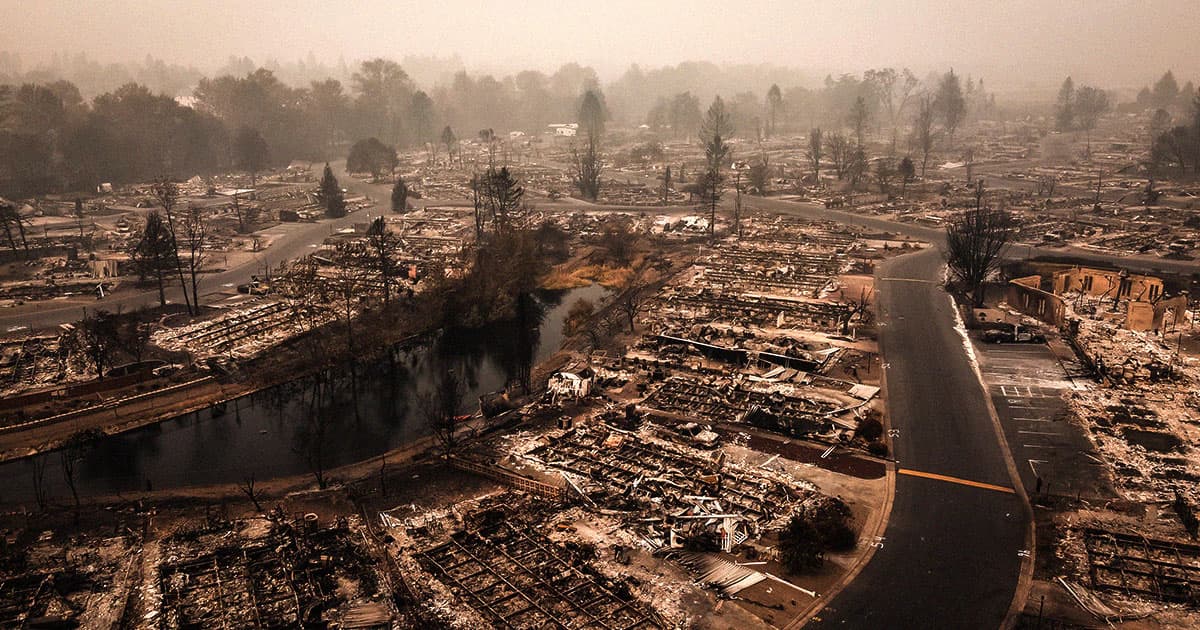 UN Warns That Humankind Is Stuck in "Spiral of Self-Destruction"

The United Nations has issued yet another terrifying report about our near future — and readers, we're not in for a good time.

Published every other year, the UN Global Assessment Report on Disaster Risk Reduction is tasked with outlining ways humanity can mitigate catastrophic risk. Unsurprisingly, this year's report is telling us that we're living in a hell of our own creation.

The report not only found that about 300 and 500 medium-to-large-scale disasters have occurred per year over the past two decades, but also that the number is going to increase to an average of 560 disasters per year by 2030, or roughly 1.5 disasters per day.

Often linked to climate change, the report says these increasingly-frequent disasters are being exacerbated by the collective "all is well" posturing from global decision-makers.

In a statement, the UN Office for Disaster Risk Reduction (UNDRR) blamed "optimism, underestimation and invincibility" for the increasing number and severity of global disasters.

"The world needs to do more to incorporate disaster risk in how we live, build and invest, which is setting humanity on a spiral of self-destruction," said UN Deputy Secretary-General Amina Mohammed said in the statement.

"We must turn our collective complacency to action," Mohammed added. "Together we can slow the rate of preventable disasters as we work to deliver the Sustainable Development Goals for everyone, everywhere."

Say It Ain't So

The good news, as the UNDRR outlined in its report, is that the adoption and implementation of protocols it's suggested previously have already reduced both the number of people killed and the total number of people impacted by disasters over the past decade.

"However," the report continues, "the scale and intensity of disasters are increasing, with more people killed or affected by disasters in the last five years than in the previous five."

It's certainly grim reading, but this report feels all the more necessary as climate catastrophe continues to ravage our planet before our very eyes.

Meteor Madness
NASA Fires Back at Claim Meteor Destroyed House and Killed Dog
Nov 7
Read More
Disease Dilemma
Study: Climate Change Making More Than Half of Infectious Diseases Far Worse
Aug 9
Read More
Bitcoin Ban
Another Entire Country Just Banned Crypto Mining
Jan 9
Read More
+Social+Newsletter
TopicsAbout UsContact Us
Copyright ©, Camden Media Inc All Rights Reserved. See our User Agreement, Privacy Policy and Data Use Policy. The material on this site may not be reproduced, distributed, transmitted, cached or otherwise used, except with prior written permission of Futurism. Articles may contain affiliate links which enable us to share in the revenue of any purchases made.
Fonts by Typekit and Monotype.