That's Not At All What Anybody Wanted to Hear
8. 3. 20 / by Victor Tangermann

Even With a Vaccine, It Will Take Months If Not Years to Beat the Coronavirus

"Things will not be done by Christmas." 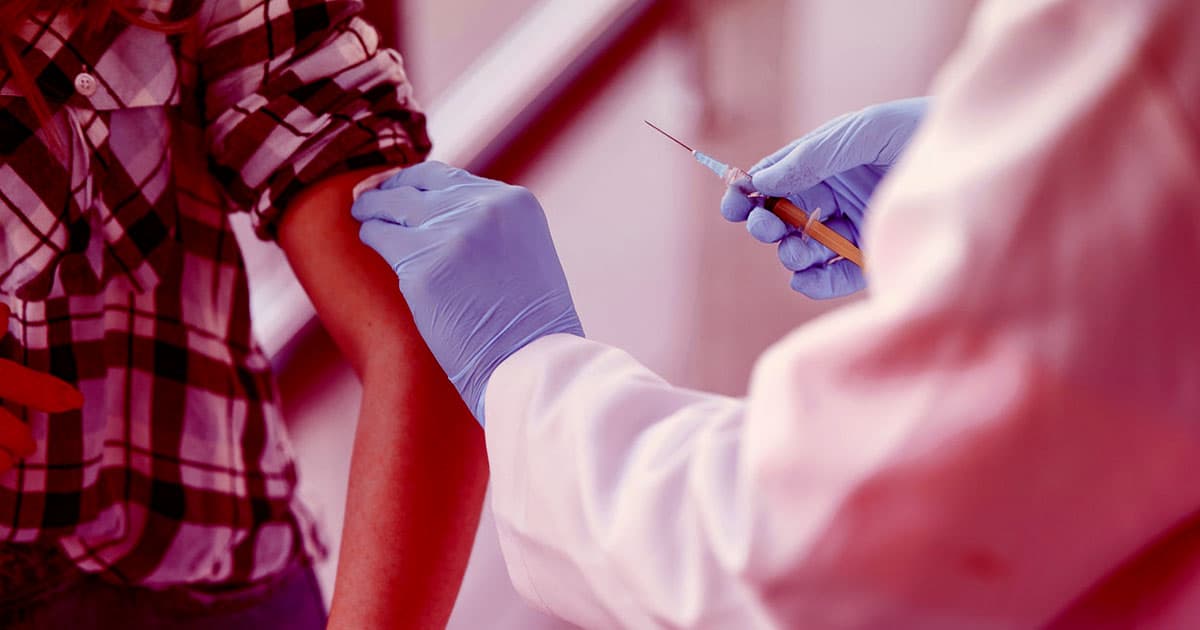 A coronavirus vaccine has long been described as the panacea for this pandemic. A magical shot in the arm triggers an immunity — enough immunity among us, and over time, the virus will go away, the thinking goes.

But that couldn't be further from the truth, as the Washington Post reports. The harsh reality: even once we've found a vaccine, it could take months — if not years — for societies to return to some semblance of normality.

"Don't expect a vaccine to be "an off-switch" or "a reset button where we will go back to pre-pandemic times," Yonatan Grad, an assistant professor of infectious diseases and immunology at the Harvard, told the Post.

"Things will not be done by Christmas," Jeremy Farrar, director of UK health advocacy group Wellcome Trust, told the House of Commons' Health Committee last month, as quoted by the BBC. "This infection is not going away, it's now a human endemic infection."

"Even when a vaccine is introduced, I think we will have several months of significant infection or at least risk of infection to look forward to," Jesse Goodman, the former chief scientist at the Food and Drug Administration, told The Atlantic late last month.

Experts have predicted early vaccines will likely only protect us from severe cases of COVID-19. And that's only if the US and the rest of the world find effective ways to scale up production and produce hundreds of millions of doses.

And then there's the issue of public trust in a vaccine. If you think the anti-vaxxer movement had gas in the tank before, imagine what happens in the midst of a public, global vaccination campaign. Suffice to say, there's already a significant group of people who won't trust any vaccines — imagine how their ranks will grow for a new vaccine, rushed to market.

“The realistic scenario is probably going to be more like what we saw with HIV/AIDS," Michael Kinch, an expert in drug development and research at Washington University, told the Post, adding that early HIV drugs were "fairly mediocre."

There's plenty of optimism surrounding the development of a coronavirus vaccine in the US with efforts by American pharmaceuticals taking over mainstream media headlines on almost a weekly basis.

The Trump administration even gave its public-private vaccine partnership a glitzy, but at the end of the day meaningless name: "Operation Warp Speed" — a misplaced sense of optimism — and perhaps even dangerous — as assistant professor of biostatistics at the University of Florida Natalie Dean argued in an opinion piece for The New York Times.

"Waiting for a better vaccine to come along may feel like torture, but it is the right move," Dean argued. "We can’t afford to jeopardize the public’s health and hard-earned trust by approving anything short of that."

Just last week, America's preeminent pandemic response figurehead Dr. Anthony Fauci told a House committee that he's "cautiously optimistic" that a "safe and effective" COVID-19 vaccine will be available "in the US in late fall or early winter."

"One can never guarantee the safety or effectiveness unless you do the trial, but we are cautiously optimistic this will be successful," he added, referring to pharmaceutical company Moderna's phase three trial of a vaccine.

The trial, which kicked off early last week, will include 30,000 adult volunteers across 89 US research sites.

Yet "safe and effective" could still translate to a future vaccine that's less than 100 percent effective. People in older age groups may remain vulnerable by having their immune systems react differently to a possible vaccine when compared to younger people.

In other words, an early vaccine will be more like the flu shot, seasonal vaccinations that give people a degree of protection against a variety of influenza viruses.

"It is possible that some COVID-19 vaccines may not prevent infection entirely, but they could still prepare a person’s immune system so that, if infected, they would experience milder symptoms, or even none at all," Dean argued in her NYT opinion piece. "That’s similar to the flu vaccine: It’s not perfect, but we advise people to get it because it reduces intensive care admissions and deaths."

In June, the Food and Drug Administration announced it will "expect that a COVID-19 vaccine would prevent disease or decrease its severity in at least 50% of people who are vaccinated," according to a statement.

The higher the effectiveness, the higher the chances of herd immunity — indirect protection when a threshold of the population has become immune.

There's good news and bad news. Even with lower than 100 percent effectiveness, a vaccine will slow the spread. But that process will likely take a lot longer than one might think.

Image by Gustavo Fring via Pexels