"We’re team coronavirus now. Everyone wants to do what they can in this emergency.” 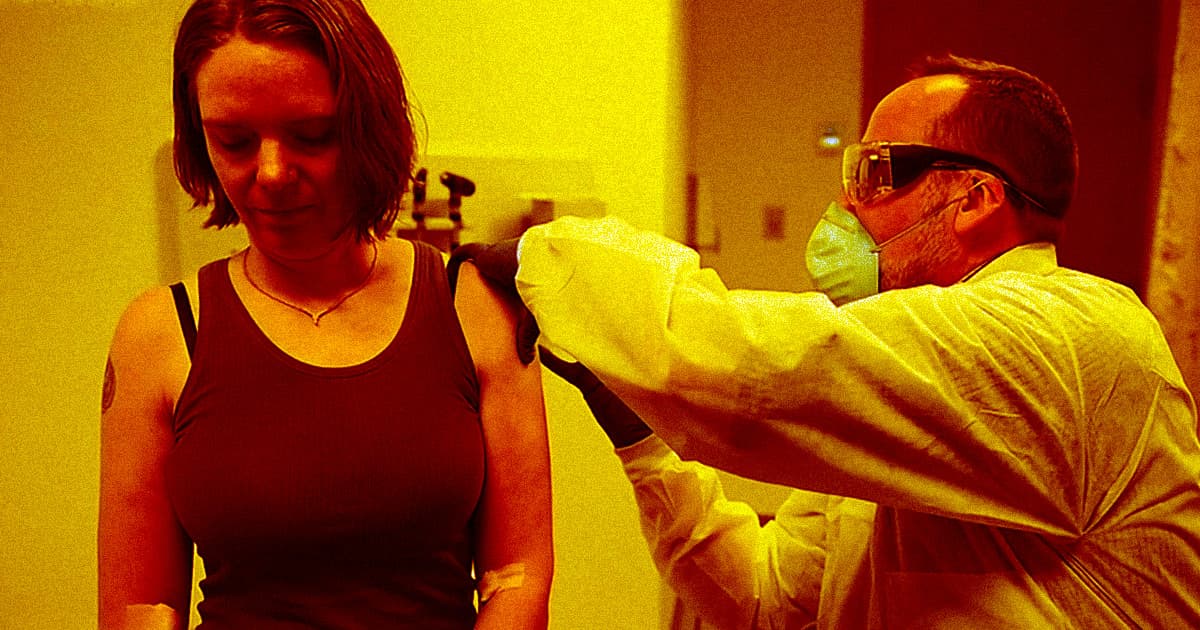 In what could be a major inflection point in the global coronavirus outbreak, scientists are now testing a potential vaccine on volunteers in Seattle.

"This work is critical to national efforts to respond to the threat of this emerging virus," said Lisa Jackson, a senior investigator at a Kaiser Permanente research facility who's leading the trial, in a press release.

Jackson and her colleagues plan to enroll 45 adult volunteers to take doses of the potential vaccine over the course of six weeks. Different volunteers will receive different doses of the vaccine, and the researchers will evaluate whether or not the doses are safe and whether they're effective at inducing an immune response.

The first person to receive the vaccine, according to the Associated Press, was a 43-year-0ld Seattle mom named Jennifer Haller.

"We all feel so helpless," Haller told the wire service. "This is an amazing opportunity for me to do something."

Another Seattle volunteer who talked to the AP was Neal Browning, a 46-year-old Microsoft engineer.

"Every parent wants their children to look up to them," he said.

The potential vaccine for the SARS-CoV-2 virus, developed by Massachusetts biotech firm Moderna, is an exciting news break. But experts warn that any one potential vaccine may well end up being a dead end, and that bringing any new vaccine to market, especially when millions or billions of doses are needed, could take months or even years.

Still, the potential payoff for a vaccine that prevents the COVID-19 illness — in terms of impact to public health, the economy, and a pharma company's bottom line — is vast.

China, for instance, announced today that it has authorized its own clinical trials to test a separate vaccine. US President Donald Trump reported offered "large sums" to a German pharmaceutical company in exchange for bringing its promising research to his country — a move that spurred backlash from Germany.

Back in Seattle, though, the researchers say they're all in to find a way to prevent the spread of the virus.

"We’re team coronavirus now," Jackson told the AP. “Everyone wants to do what they can in this emergency.”

Image by Associated Press via TIME