The whole country is practically in lockdown. 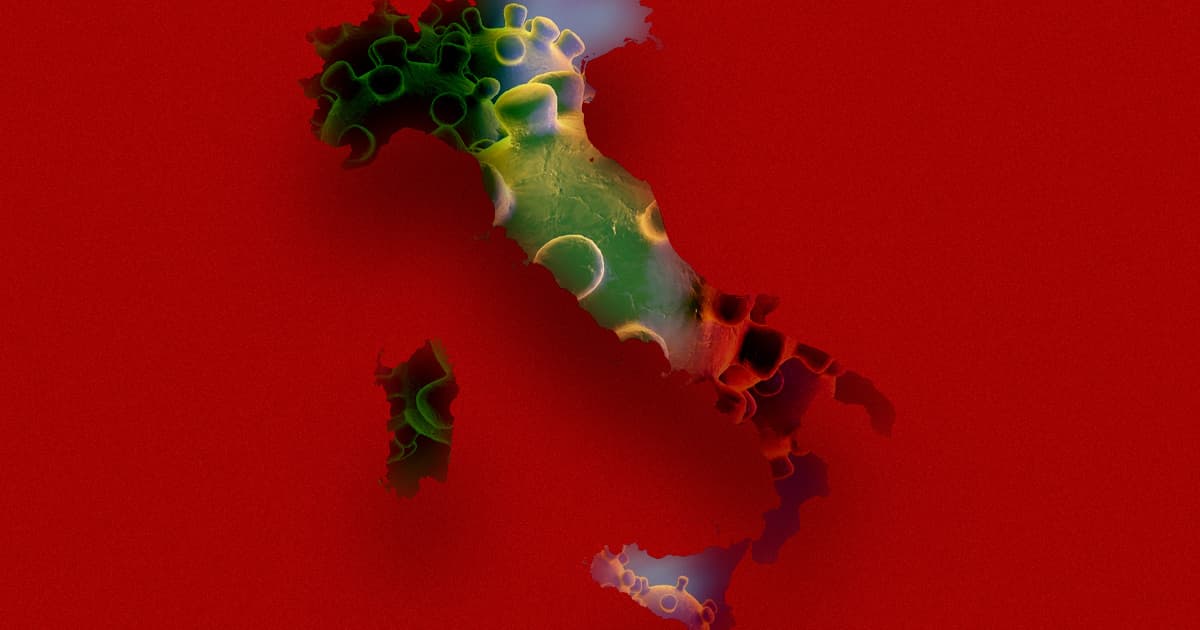 In a televised address today, Italian prime minister Giuseppe Conte announced that coronavirus quarantine measures would be extended nationwide with travel only permitted for work or family emergencies, as the BBC reports.

In the address, Conte said that the best thing was for citizens to stay at home, in large part to protect the most fragile members of society.

Outside of China, Italy now has the highest number of deaths due to the coronavirus outbreak with 463 — a rise of 97 in just the last 24 hours. There are now over 9,000 confirmed cases, surpassing South Korea, according to the Wall Street Journal.

Conte also called for a total ban of public gatherings, including all football matches, across the entire country.

Making matters worse, inmates at 22 Italian prisons rioted on Monday, escaping facilities and kidnapping officers, according to CNN, after visitors were banned to reign in the spread of the virus.

The riots also occurred after Italy’s interior ministry announced severe penalties, three months in prison, for anybody who attempts to flee the lockdown in northern Italy.

More on the virus: Q&A: James Hamblin, MD on Why You’re Likely to Get the Coronavirus

4.07.22 Developments
It Is With Great Regret That We Inform You That We May Be Getting Slammed by Another COVID Wave
3.14.22 Developments
Haven’t We Suffered Enough? There’s a New COVID Outbreak in China
2.15.22 Genetics
Scientists Warn That Terrorists Could Release a Horrifying Virus
2.01.22 Developments
NYPD Cop Investigated for $1.5 Million Scheme to Sell Fake Vaccine Cards
1.31.22 Developments
Joe Rogan Issues Absolutely Terrible Apology for COVID Misinfo