"The government have done an amazing job," the Mr. Bean impersonator gushed on state-run Chinese media. 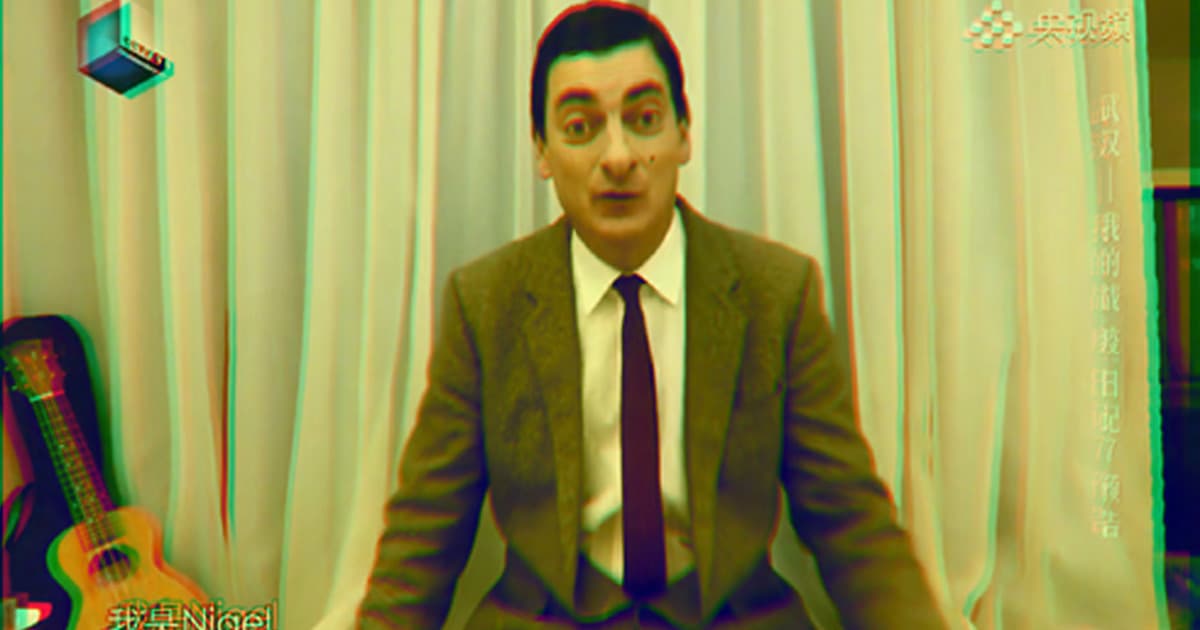 An extraordinary scoop by Sky News: the Chinese government is using a professional Mr. Bean impersonator to spread propaganda about its response to the deadly, COVID-19-causing coronavirus SARS-CoV-2.

Sky reports that the impersonator, a British man named Nigel Dixon, was trapped in Wuhan by the outbreak. Now, for some reason, he's appeared in a video by the state-run Xinhua News Agency, to praise China's response to the novel virus.

"It sickens me to hear of other countries blaming China, but for what?" Dixon says in the video, seemingly in the character of iconically inept Rowan Atkinson character Mr. Bean. "We are now hearing of cases where people around the world have contracted their virus with no obvious connections to China."

Dixon's relationship with the Chinese government is unclear in Sky's reporting, but it's worth noting that his sunny outlook on China's efforts is not a consensus view.

Though China has taken extraordinary measures to fight the outbreak over the past month, including constructing entire hospitals and quarantining a historically unprecedented number of citizens, its initial response was far more muted and problematic.

At first, China's primary goal seemed to be to hide the outbreak entirely — a decision that likely contributed to its explosive spread.

A number of the first citizen journalists in China to raise the alarm about the virus were silenced or arrested by state authorities. After doctor Li Wenliang tried to warn about the virus, he too was shut down by police — and, in a grim twist, later contracted the pathogen himself and died from it.

The Atkinson-impersonating Dixon, though, doesn't seem phased by any of that.

"The government have done an amazing job," Dixon says in the video surfaced by Sky News. He also quips that "Once people were waiting for hospital beds, now beds are waiting for people."

More on the coranavirus: Here’s How Bad the U.S. Coronavirus Testing Crisis Really Is