Meet MUSA, the Robot That Just Aced Supermicrosurgery for the First Time

The cuts in question were under a millimeter. 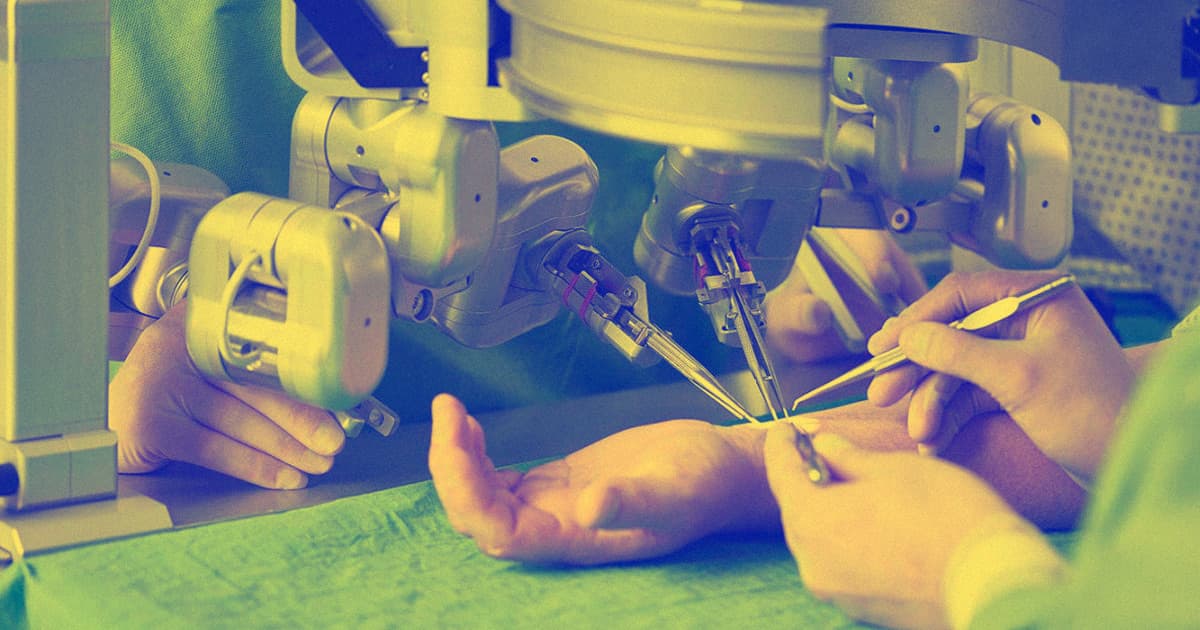 Try to move your hand just a single millimeter.

Guess what? You probably overshot your target. Good thing you're not a supermicrosurgeon, who operate on vessels sized 0.2 to 0.8 millimeters in diameter. If this sounds like a rare feat of daring, it is: Only a handful of the world's best doctors can pull it off.

That's why it's extraordinary that a Dutch robotics system just aced the world's first successful robot-assisted microsurgery on a human.

Per a paper published Tuesday in medical journal Nature Communications, they pulled off the first robotics-assisted microsurgery using a dedicated microsurgical robotic apparatus. It concluded:

"Our data provide the first-in-human proof that robot-assisted supermicrosurgical LVA in patients suffering from BCRL is in fact feasible and safe using the MUSA."

What makes MUSA different from other robot-assisted surgical devices like the DaVinci system — which, per MIT Tech Review, is the most successful surgery robot out there — is that it can go where DaVinci can't: surgical targets under a single millimeter. It could pull off feats including:

MUSA helped doctors operate on a patient with a condition related to breast cancer called lymphedema, which affects just under a third of breast cancer survivors in the two years following initial breast-cancer related surgeries.

The study confirming the robot's efficacy showed that patients who went through the MUSA-assisted supermicrosurgery had markedly improved outcomes over sans-robot supermicrosurgeries — in other words, they healed more quickly.

There's no firm price on the system right now, and given that the closest system to MUSA (the DaVinci which, again, can operate only down to a single millimeter) runs a cool $2 mil, don't expect to see it in your local hospital any time soon.

But what you can expect to see soon is more news of trials like this, employing MUSA, and the kind of technological development that will allow for wider adoption of it and systems parallel to it. Consider: the DaVinci robot showed up in 2000. Only twenty years later, and we've managed to shrink its precision to under a millimeter. MUSA, as a measurement, is more than a revolution for surgery — it's also just another step.

1.18.23
Man Claims He Woke Up Partway Through Spine Surgery
11.11.22 Developments
Unexploded Shell Removed From Soldier's Chest by Surgeons Wearing Body Armor
9.15.22
Inside the Minds of the Short Men Who Get Their Legs Broken to Add 3-6 Inches of Height
1.19.22 Developments
Man Horribly Injures Penis After Injecting It with Insulation Foam
1.13.22 Developments
Surgeon Stripped of License for Carving His Initials Into Patients' Organs