Bored Teens Are Posting on TikTok About Being Quarantined 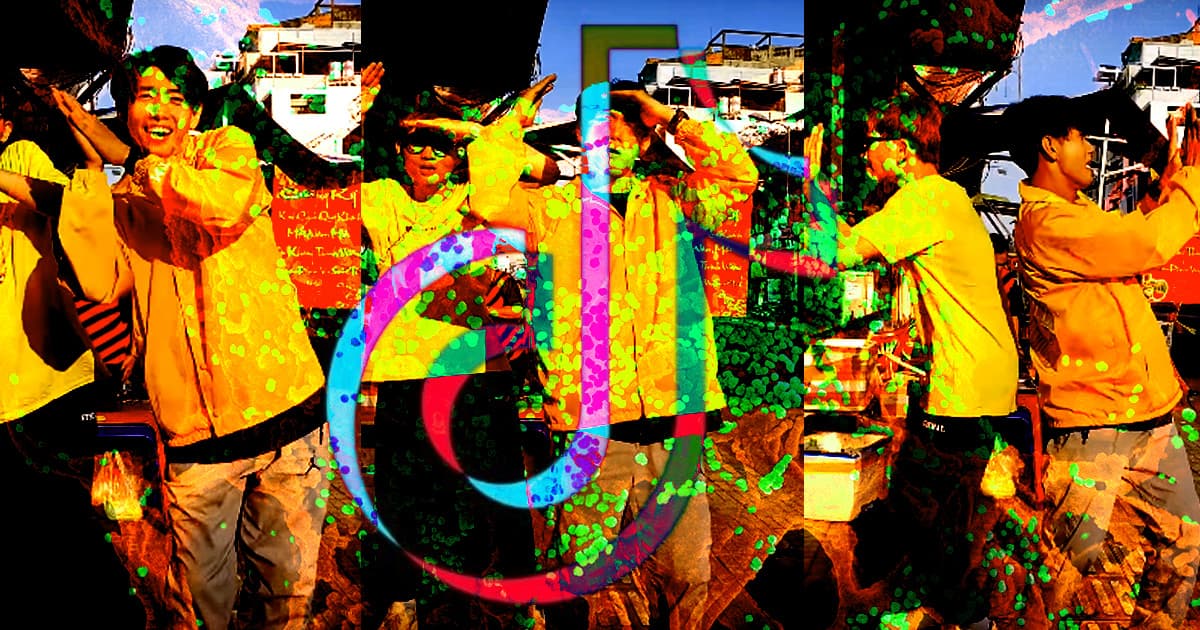 Bored teens are posting memes, dances, and jokes on TikTok about their experiences of being quarantined during the ongoing coronavirus outbreak, according to Business Insider. It's a fascinating — and sometimes whimsical — look behind the curtain of an otherwise terrifying reality.

Yes, the deadly coronavirus should under no circumstances be taken lightly. But that shouldn't stop these teens from having some fun while having to stay at home, since that's one of the best way to make sure you're not infecting others, particularly vulnerable populations like the elderly.

Some people are self-imposing quarantines after traveling abroad to places where the virus has been known to spread. Others are choosing to remain at home as a precautionary method.

In China, the situation looks substantially more dire, with tens of millions of people being forced to stay home.

Companies such as Twitter are also strongly encouraging their employees to work from home, while major trade shows including Google's I/O and Facebook's F8 developer's conference were cancelled entirely.

It's a grim situation, but teens on TikTok are making most out of it. Mackenzie Britt, quarantined for six days after returning home to Paris after traveling to Rome, has been documenting her experience of being quarantined, as Business Insider reports.

@mackenziebrittroomies travelled to Milan and Venice, I went to Rome, quarantined for 2 weeks by our school! ##ThisIsQuitting ##coronavirus ##quarantine ##renegade♬ Coronavirus Check - 7eer

Megan Monroe, according to her TikTok account, has been in quarantine in Wuhan, China, the epicenter of the outbreak, for over 42 days.

Rather than posting memes and dances, Monroe decided to inform the public of the realities of being quarantined in a Chinese city. And with decent success: her videos have been garnering her tens of thousands of views.

Others have chosen to argue that self quarantine is not a reason to panic — but rather an excuse to catch up on Netflix on the couch while eating chips.

Even governments have made use of the video platform. The Vietnamese Ministry of Health released a PSA in the form of an extremely catchy V-pop song called "Jealous Coronavirus," explaining to the public how to stay safe during the outbreak.

Vietnamese dancer Quang Đăng quickly turned the song into a TikTok-ready choreography, as NPR reports, that even HBO's own John Oliver performed during his Sunday episode of "Last Week Tonight."

READ MORE: TikTokers are filming themselves while in quarantine for the coronavirus — here are some of the best videos

More on the virus: CDC: Get Ready to Stay At Home For a While

10.24.22 Developments
Pfizer's Jacking Up the COVID Vaccine Cost to 10,000 Percent Its Production Cost
10.19.22 Studies
Scientists Deny Making Deadly Horror COVID in a Lab
9.21.22 Developments
FDA Warns Americans to Stop Cooking Chicken in NyQuil
9.20.22 Developments
Biden Really Screwed Up When He Said the "Pandemic Is Over"
8.12.22 Developments
The CDC's New COVID Guidelines Are Pretty Stupid Even by American Standards