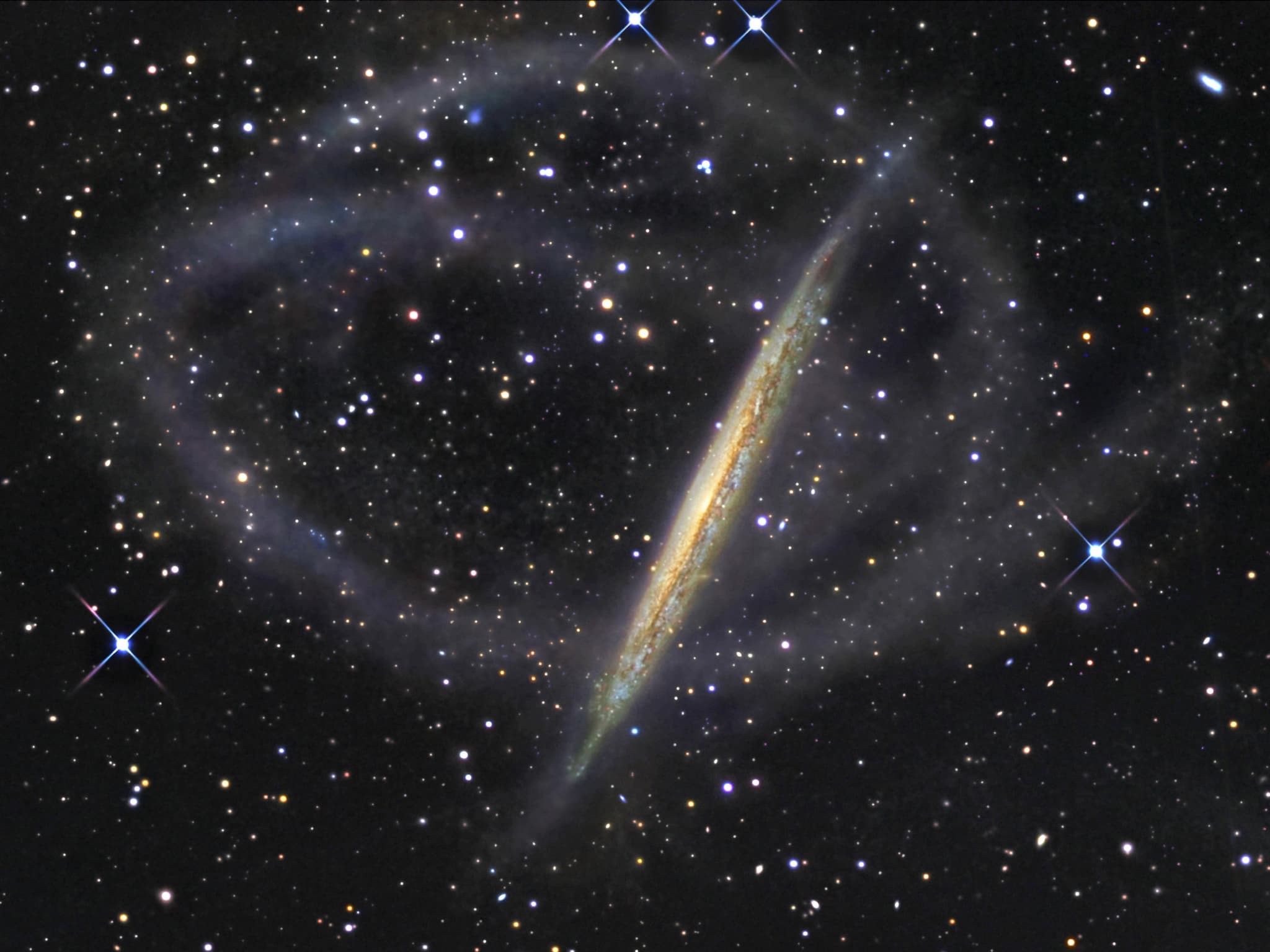 Witness the colossal "Dragon Clash" that formed NGC 5907, a galaxy that lies some 40 million light-years from Earth, towards the constellation Draco.

NGC 5907 was created several billion years ago, when two galaxies gravitationally interacted before ultimately merging, leaving behind a wispy star trail of material. This ghostly remain is the last bit of visible evidence which indicates that a collision of epic proportions once took place. From this collision, a spiral galaxy emerged victorious.

Astronomers have long debated the formation of galaxies similar to this one. The running hypothesis suggests that these enormous structures form from collisions between large galaxies, as well as several dwarf-galaxies that are in close proximity. In fact, our own galaxy may have formed under a similar scenario.

Also check out the CANDELS Survey: