Fauci: The Coronavirus Will Probably Be Around Forever

"I don’t really see us eradicating it." 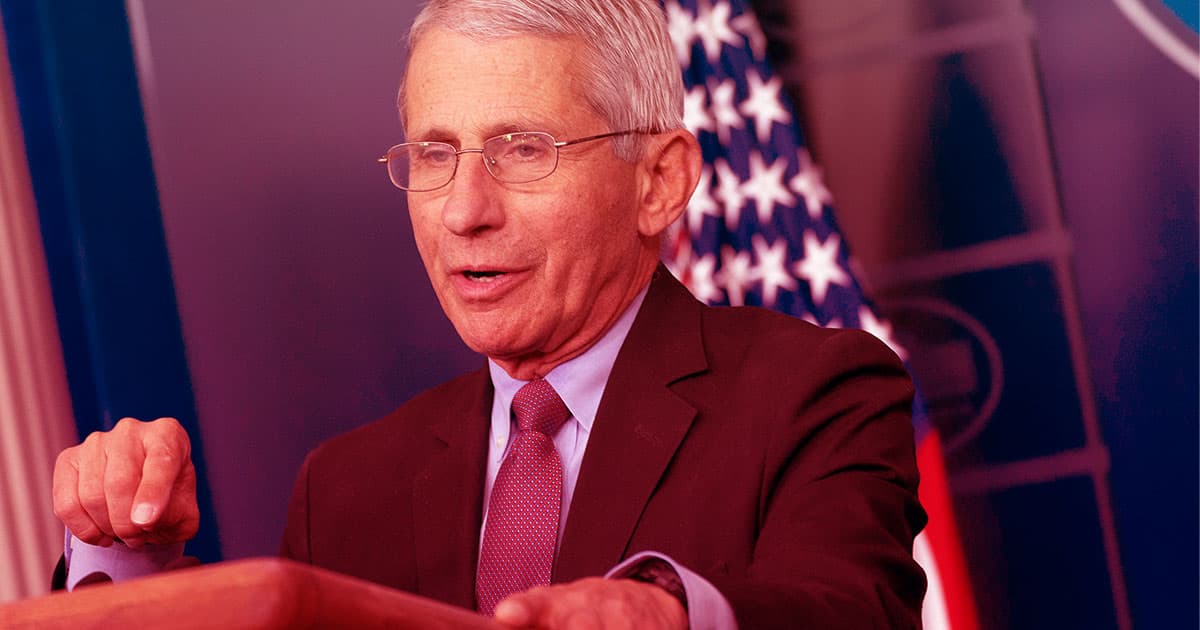 White House infectious disease expert Anthony Fauci warned on Wednesday that it's unlikely the coronavirus that causes COVID-19 will ever go away completely.

"It is so efficient in its ability to transmit from human to human that I think we ultimately will get control of it. I don’t really see us eradicating it," Fauci told TB Alliance in an interview on Wednesday, as quoted by CNBC.

But not all is lost.

"I think with a combination of good public health measures, a degree of global herd immunity and a good vaccine, which I do hope and feel cautiously optimistic that we will get, I think when we put all three of those together, we will get control of this, whether it’s this year or next year," Fauci added.

That scenario would be vastly preferable to today's, with American casualties creeping back over 1,000 deaths per day.

"We’ll bring it down to such a low level that we will not be in the position we are right now for an extended period of time," he said.

Fauci's statements appear to contradict president Donald Trump, who has repeatedly claimed that the coronavirus will simply disappear.

Despite that optimism, the president's tone has shifted considerably this week.

"It will probably, unfortunately, get worse before it gets better," Trump added. "Something I don't like saying about things, but that's the way it is,"

The public's trust in Trump's statements about the virus has fallen considerably, with Americans still putting far more trust in what experts are saying, according to recent polls.

The reality is grim. In many ways, the United States couldn't be further from defeating the virus. Cases are still soaring in several states, with a total number of confirmed cases about to cross the four million threshold. The total number of American deaths stands at more than 143,000.

"We are certainly not at the end of the game," Fauci admitted in the TB Alliance interview. "Certainly we are not winning the game right now. We are not beating it."

Fauci described how unique the situation is, with the coronavirus differing in many ways from previous viral epidemics, including SARS in the early 2000s.