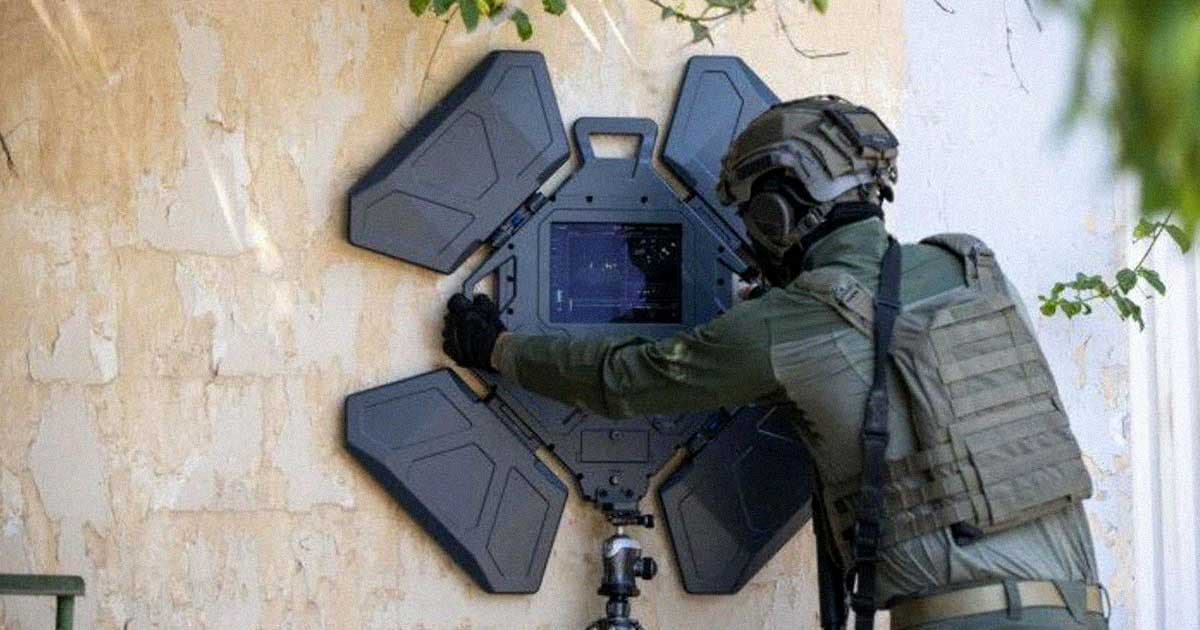 The Xaver 1000 is a futuristic gadget that can give intelligence units "an unprecedented situational awareness 3D visual picture," according to the company's website, and has the ability to detect "live objects (static or dynamic) behind walls and building obstacles."

That means tactical teams could soon get a highly detailed picture of what's going on behind a variety of obstructions, allowing them to prepare ahead of breaching urban environments.

It could also come in extremely handy during search and rescue operations, allowing first responders to identify trapped disaster victims.

Operating the device is a breeze, according to the company, and can be done by a single user. It even can send data back to HQ via WiFi.

Camero-Tech claims the device "can penetrate through most common walls and materials" including cement and concrete within a radius of 137 feet using a pulse-based, ultra-wideband radar.

An integrated ten inch touchscreen allows teams to view living objects behind almost any wall and can even tell if they're "an adult, a child or an animal" or whether they're sitting, standing or lying down. An AI algorithm can then track their movements.

The 36 pound device can also pack down significantly thanks to a foldable antenna, meaning it can easily be positioned in almost any environment.

While we have yet to see the device in action, it could give ground teams a critical tactical advantage in the field — or even save lives during natural disasters — but it also presents ominous new opportunities for invasive surveillance.

More on seeing through walls: Startup Says It's Created an Actual "Invisibility Shield"

Drones Are Going to Take Over the World
2. 20. 17
Read More
Cyber-Bugs
Inventor of Cyborg Cockroach Says It Will Only Be Used for Good
Yesterday
Read More
Cyberflashing
Instagram Working on AI to Block Unsolicited D**k Pics
Yesterday
Read More
+Social+Newsletter
TopicsAbout UsContact Us
Copyright ©, Camden Media Inc All Rights Reserved. See our User Agreement, Privacy Policy and Data Use Policy. The material on this site may not be reproduced, distributed, transmitted, cached or otherwise used, except with prior written permission of Futurism. Articles may contain affiliate links which enable us to share in the revenue of any purchases made.
Fonts by Typekit and Monotype.