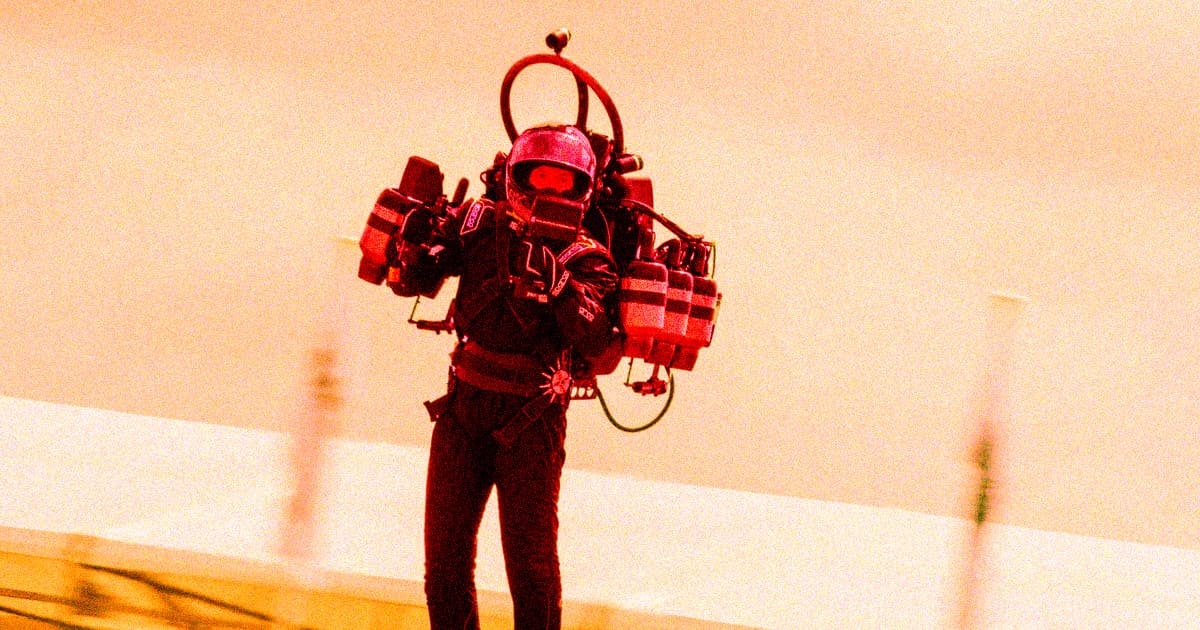 A Startup Is Selling Jetpacks to an "Undisclosed Military Customer"

Are jetpacks ready for prime time?

Are jetpacks ready for prime time?

The model, called the JB-12, features three small jet turbines on each side, allowing for redundancy if anything goes wrong. It weighs in at a whopping 105 pounds and is capable of accelerating its wearer to 120 mph.

It's a sign that jetpack technologies are ripening to the point at which military contractors are starting to show real interest. Even the US Department of Defense is officially looking into the potential military applications of jetpacks, according to an announcement made back in March.

The sale is a milestone for the commercial jetpack company.

"The ratification of this deal demonstrates that the JB12 JetPack provides defense forces with exceptional aerial capabilities to fulfil a wide array of mission requirements," CEO and chief pilot David Mayman told New Atlas. "The maneuverability of the JetPack, its small form factor, which fits inside a set of standard Pelican cases, and ease of integration with our Speeder platform to complement the JB12’s capabilities, were all factors that informed the sale."

The JB12 jetpacks are far from perfect, however. They're extremely loud thanks to their six jet turbines, and require quite a bit of leg work to get in the air, according to New Atlas. That makes them a rather unusual addition to a military force.

The unnamed customer is likely looking to have individual units be extremely light on their feet and allow them to traverse extremely difficult terrain.

But we're unlikely to hear many details about the sale — after all, the buyer is remaining anonymous.

More on jetpacks: DARPA Is Officially Studying Combat Jetpacks for the Military

Get Ready for Takeoff. You Can Finally Buy a Real-Life Jetpack
11. 11. 16
Read More
Pow Pow
Rival Slams CNET: "We Will Never Have an Article Written by a Machine"
Yesterday
Read More
Doomscrolling
Scientists Say We're Closer to Nuclear Armageddon Than Any Other Point in History
Yesterday
Read More
+Social+Newsletter
TopicsAbout UsContact Us
Copyright ©, Camden Media Inc All Rights Reserved. See our User Agreement, Privacy Policy and Data Use Policy. The material on this site may not be reproduced, distributed, transmitted, cached or otherwise used, except with prior written permission of Futurism. Articles may contain affiliate links which enable us to share in the revenue of any purchases made.
Fonts by Typekit and Monotype.