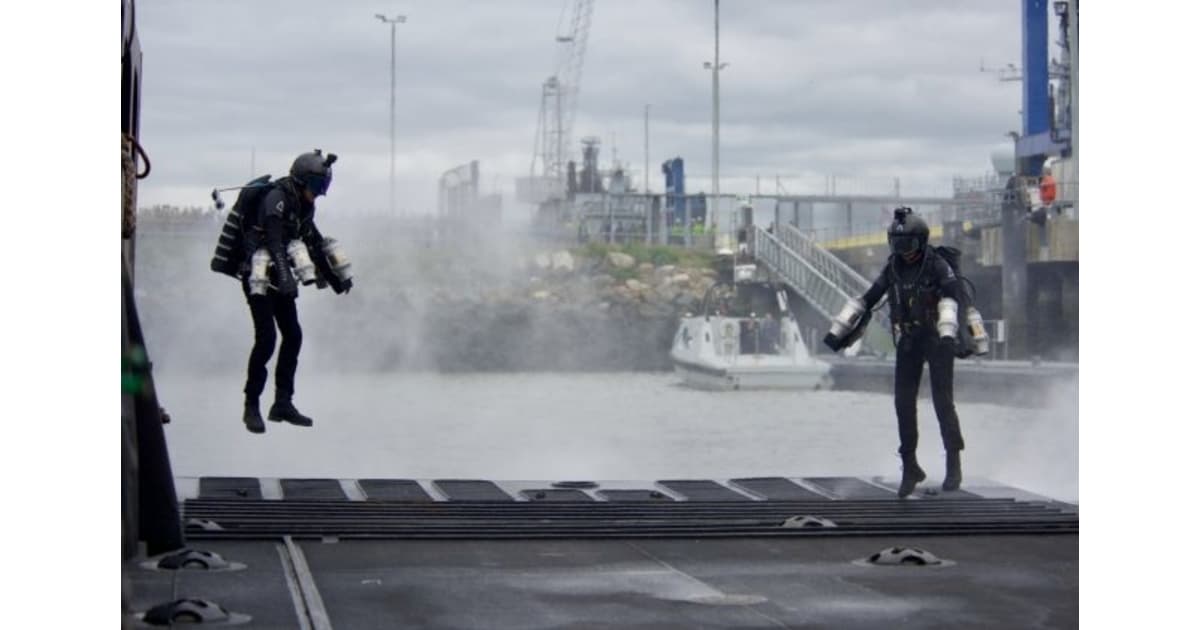 DARPA Is Officially Studying Combat Jetpacks for the Military

"Systems may be air deployed to allow for infiltration to hostile territory."

"Systems may be air deployed to allow for infiltration to hostile territory."

The US Department of Defense is officially looking into the potential military applications of jetpacks.

On March 2nd, the Defense Advanced Research Projects Agency (DARPA) invited submissions for a "Portable Personal Air Mobility System" for military use, according to FlightGlobal. DARPA made its announcement through two federal programs that award funding to technologically innovative small businesses.

DARPA's not just looking for jetpack designs. It's also open to powered wingsuits, gliders, and parafoils. Essentially, if it's an innovative and novel way of for one person to travel through the air, the Pentagon is interested.

They also want the Portable Personal Air Mobility System to be easy enough to use that anyone can operate it — regardless of training.

“It is anticipated that computer assisted control functions and intuitive interfaces will enable an effective operational system in addition to an overall system design that permits fast, equipment-free set-up,” DARPA said.

The agency is currently offering contractors up to $225,000 in the study phase of the program. During that period, the proposed concepts will undergo a rigorous analysis of its performance capabilities.

If it passes to the second phase, the technology will be developed for ground or flight tests to see how it might perform in action.

After that… well, we should expect to see more Mandalorian-esque military personnel. That would mark the first time any major world power has deployed jetpacks for active duty use.

That is, unless those mysterious jetpack sightings from early this year are actually military operations.

More on jetpacks: A Tesla Investor is Pouring Money into Jetpack Technology

Up, Up, and Away!
They Let Me Fly an Experimental Jetpack and... Well, I Survived
8. 15. 22
Read More
14 Dead
Russian Sub That Caught Fire Possibly Sent to Cut Internet Cables
7. 3. 19
Read More
Bumper Drones
Cargo Drones Have One Problem: Not Crashing Into Things
3. 28. 19
Read More
+Social+Newsletter
TopicsAbout UsContact Us
Copyright ©, Camden Media Inc All Rights Reserved. See our User Agreement, Privacy Policy and Data Use Policy. The material on this site may not be reproduced, distributed, transmitted, cached or otherwise used, except with prior written permission of Futurism. Articles may contain affiliate links which enable us to share in the revenue of any purchases made.
Fonts by Typekit and Monotype.