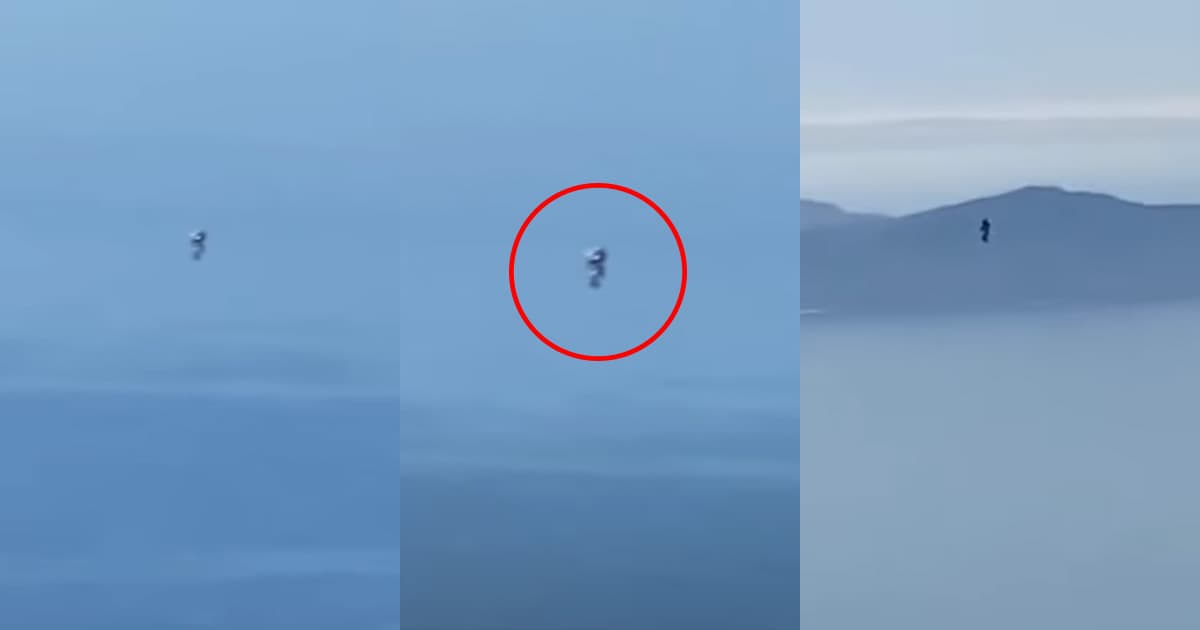 "The video appears to show a jet pack, but it could also be a drone or some other object."

"The video appears to show a jet pack, but it could also be a drone or some other object."

A pair of mysterious jetpack sightings near Los Angeles International Airport (LAX) made headlines this summer. Multiple pilots claimed to have spotted somebody wearing a jetpack and cruising around 3,000 feet near LAX.

We still have no idea who was behind the dangerous stunt — or if it was even a jetpack being piloted by a human to begin with. All we had were some hilarious transcripts of the conversations between the pilots and air traffic control.

Until now. Now, a video uploaded to YouTube shows what appears to be a person flying a jetpack at approximately the same altitude, about 10 mile south of LAX.

The video was taken by an instructor from Sling Pilot Academy, an airline piloting school, during an instructional flight. The pilots who took the video promptly reported the incident to the Federal Aviation Administration, Interesting Engineering reports.

"The video appears to show a jet pack, but it could also be a drone or some other object," reads the video's description. "If it is a ‘guy in a jet pack’ then it remains to be seen whether it is a legal test flight (jet packs are real - there is a manufacturer near Los Angeles) or related to the jet pack sightings near LAX recently that caused disruptions to air traffic."

While jetpacks have been around since at least the 1960s, as Gizmodo points out, they require immense amounts of energy and can only fly for very short periods of time.

More on the sightings: Pilots: Man With Jetpack Was Flying Near Planes at LAX

Up, Up, and Away!
They Let Me Fly an Experimental Jetpack and... Well, I Survived
Aug 15
Read More
Personal Aviation
Inventor Says He's Built a Real Life Flying Motorcycle
May 6
Read More
Miss Elon Musk’s Boring Company Update? Here’s What You Need to Know
5. 18. 18
Read More
+Social+Newsletter
TopicsAbout UsContact Us
Copyright ©, Camden Media Inc All Rights Reserved. See our User Agreement, Privacy Policy and Data Use Policy. The material on this site may not be reproduced, distributed, transmitted, cached or otherwise used, except with prior written permission of Futurism. Articles may contain affiliate links which enable us to share in the revenue of any purchases made.
Fonts by Typekit and Monotype.