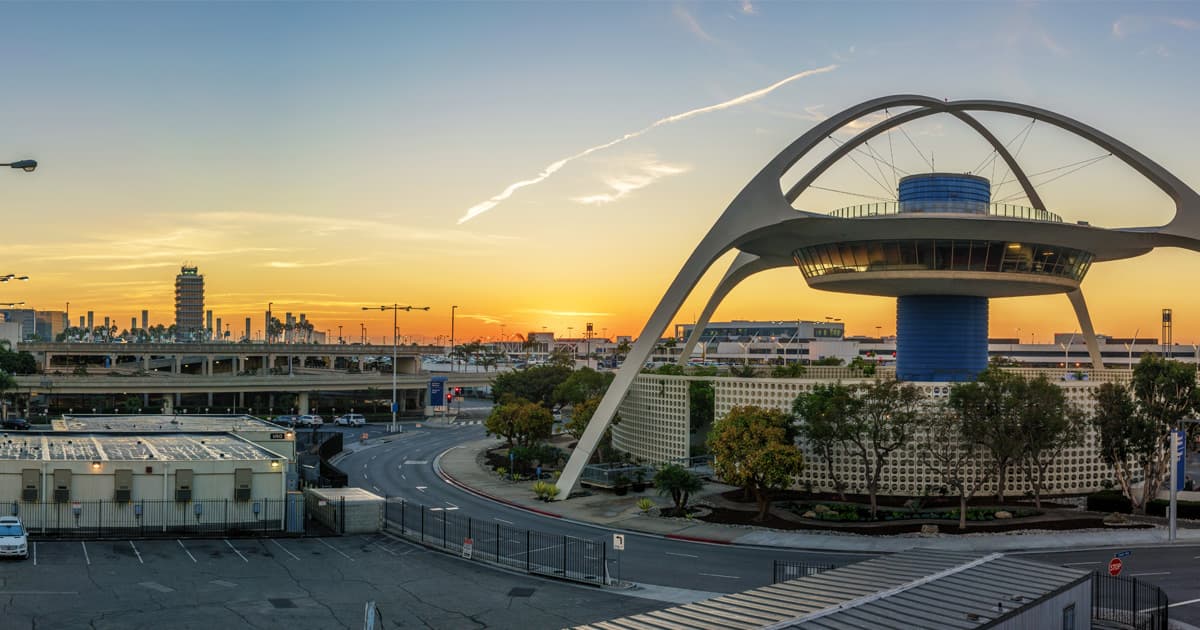 Eyewitness News is On the Case

Pilots: Man With Jetpack Was Flying Near Planes at LAX

Guy in a Jetpack

An American Airlines pilot says that a man wearing a jetpack flew past him as he prepared to land at Los Angeles International Airport on Sunday evening, the local station ABC 7 News reports.

"Tower, American 1997, we just passed a guy in a jetpack," the bewildered pilot told LA's tower, noting they were at about 3,000 feet at the time of the sighting. "Off the left side, maybe 300 yards or so, about our altitude."

"We just saw the guy passing us by in a jetpack," the second pilot flying a Jet Blue airliner confirmed. "Only in LA."

Aviation safety expert Steve Cowell told Fox 11 that "it's possible this person may have come up, come down, and then driven away," as current jetpacks don't allow for prolonged flight.

Security experts warned that in a worst case scenario, a jetpack-wearing person could easily be sucked into the jet engines. That means passengers could also be at risk, as such a collision would cause significant damage to the plane's engines.

It's still entirely unclear what's behind the mystery. The FAA is now putting the investigation into the hands of the LA police department.

More on jetpacks: Watch a Real-Life “Iron Man” Take Off From the Ground Like a Badass

Personal Aviation
Inventor Says He's Built a Real Life Flying Motorcycle
5. 6. 22
Read More
Gatwick Chaos
We Have No Idea How to Deal With Unexpected Drones at Airports
12. 21. 18
Read More
Miss Elon Musk’s Boring Company Update? Here’s What You Need to Know
5. 18. 18
Read More
+Social+Newsletter
TopicsAbout UsContact Us
Copyright ©, Camden Media Inc All Rights Reserved. See our User Agreement, Privacy Policy and Data Use Policy. The material on this site may not be reproduced, distributed, transmitted, cached or otherwise used, except with prior written permission of Futurism. Articles may contain affiliate links which enable us to share in the revenue of any purchases made.
Fonts by Typekit and Monotype.