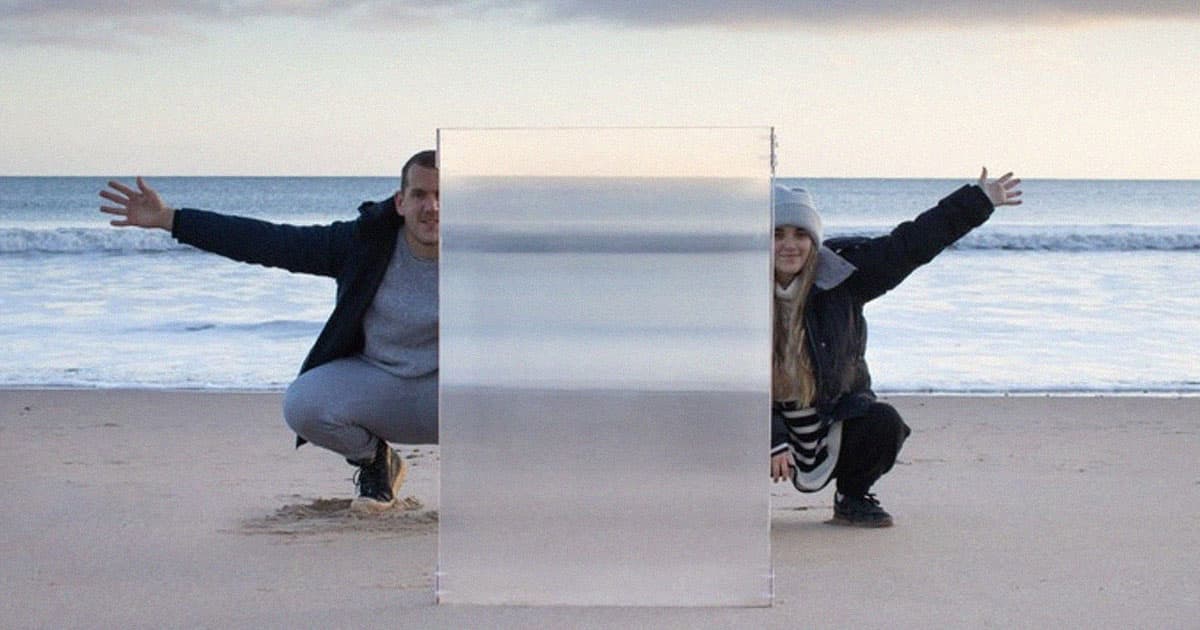 Oh, and you can buy one right now.

Oh, and you can buy one right now.

A British startup claims to have created a real world “invisibility shield” that doesn’t even need power to operate. Think of it as Harry Potter’s invisibility cloak, but in the shape of a flat piece of cardboard that turns anything behind it into an indiscernible smudge.

The company, evocatively called Invisibility Shield Co, is now looking to finance its invention on Kickstarter, where it has generated over $88,000 so far, out of an initial goal of just $6,500.

For just shy of $400, you can get your very own full size invisibility shield, which measures over three by two feet. While it isn’t exactly the “Predator”-style invisibility tech from the future, it’s a fun demonstration of a clever optical trick.

The technology behind it is remarkably simple. The shield deflects light around the subject using a “precision engineered lens array,” according to the company’s Kickstarter page.

In other words, it’s a clever trick that reflects light in a horizontal direction so much so that the subject hiding right behind the shield is almost completely obscured.

The science behind the invention isn’t perfect. The shield can’t perfectly replicate the scene behind the subject, but rather recreates it as a hazy, blurred out representation.

“The shields perform at their absolute best against uniform backgrounds such as foliage, grass, rendered walls, sand, sky and asphalt,” the Kickstarter page reads. “Backgrounds with defined horizontal lines work really well too and these can be natural features such as the horizon or man made features like walls, rails or painted lines.”

While the shields aren’t exactly science fiction come to life, they’re a fun piece of engineering that could give you a serious edge in your next game of Hide and Seek.

Toyota Just Patented a “Cloaking Device”
8. 16. 17
Read More
Moths’ Eyes Have Led to New Invisibility Tech
10. 25. 16
Read More
Researchers Discover the Limits of Cloaking Technology
7. 14. 16
Read More
+Social+Newsletter
TopicsAbout UsContact Us
Copyright ©, Camden Media Inc All Rights Reserved. See our User Agreement, Privacy Policy and Data Use Policy. The material on this site may not be reproduced, distributed, transmitted, cached or otherwise used, except with prior written permission of Futurism. Fonts by Typekit and Monotype.