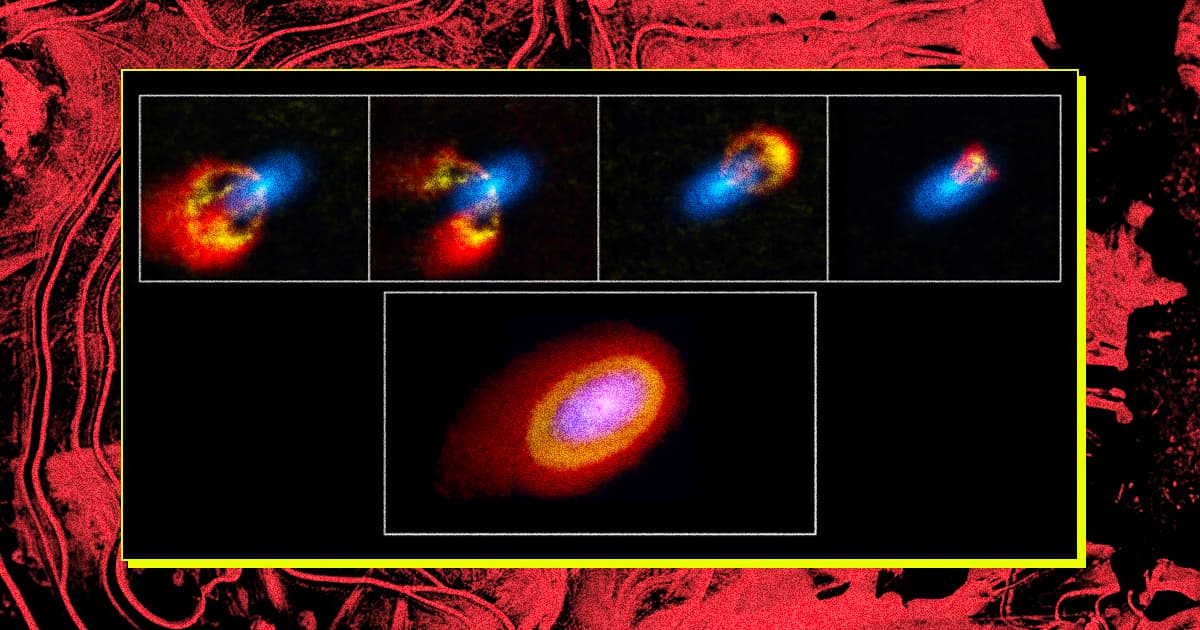 Study: An Extra Pinch of Chaos, and BAM, New Planets

Scientists just uncovered a crucial ingredient for the formation of new planets: An extra serving of chaos.

To back up a little bit: Researchers already knew that protoplanetary disks, those loosely-clumped gas and dust that orbit young stars gradually glom together, create new worlds. But the specific mechanisms that trigger said clumping into distinct planets has long remained a mystery, until a pair of new papers published in The Astrophysical Journal showed that gravitational instabilities and general chaos — perhaps from new material getting sucked up into the star's gravitational pull — play a crucial part.

The team that made the chaotic discovery happened to be in the right place at the right time — they were studying the young star Elias 2-27. Because it's still so new and actively forming new planets, it's a hotbed of cosmic activity.

"There may still be new material from the surrounding molecular cloud falling onto the disk, which makes everything more chaotic," lead study author and University of Leiden graduate student Teresa Paneque-Carreño said in a press release. "The Elias 2-27 star system is highly asymmetric in the gas structure. This was completely unexpected, and it is the first time we've observed such vertical asymmetry in a protoplanetary disk."

It's an incredible finding that shows how volatile the void of space can be — and also how much of scientific discovery is based on luck.

"Studying how planets form is difficult because it takes millions of years to form planets," Paneque-Carreño said in the release. "This is a very short time-scale for stars, which live thousands of millions of years, but a very long process for us."

Unless scientists happen to find another Elias 2-27 out there that happens to be forming new worlds at the moment they see it, it could be a serious challenge to learn more about planetary formation — or even double-check their new discovery.

"What we can do is observe young stars, with disks of gas and dust around them, and try to explain why these disks of material look the way they do," she added. "It's like looking at a crime scene and trying to guess what happened."