We've never seen a planet being formed in this much detail. 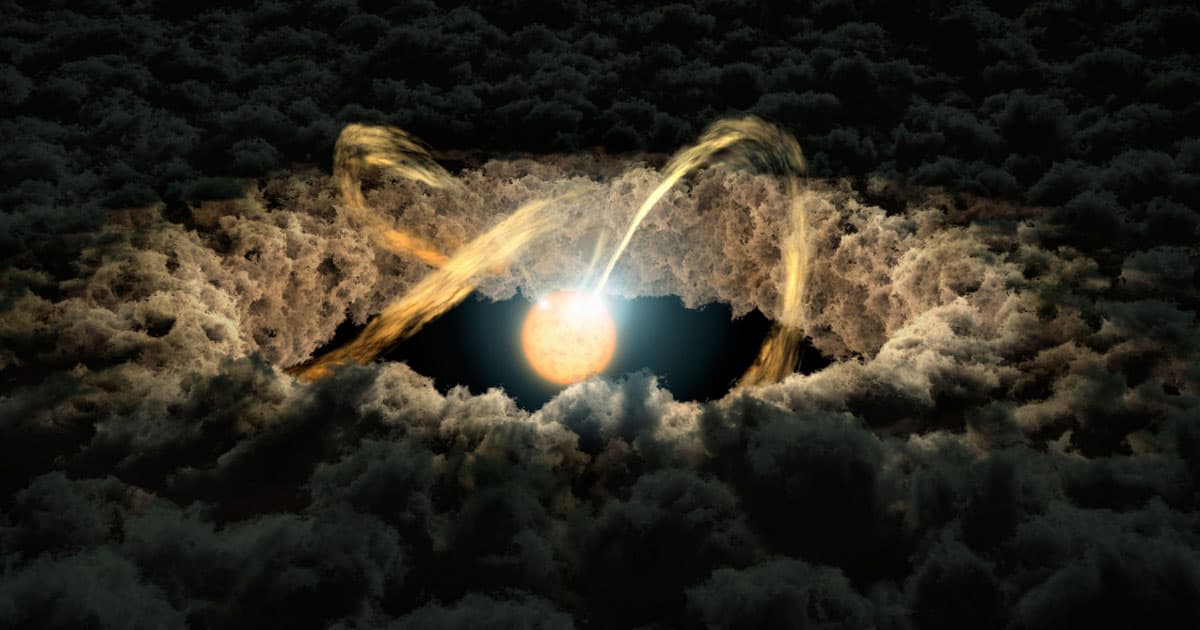 An international team of astronomers has managed to capture some extraordinarily rare images of planetary systems being born, hundreds of light-years away.

While we've seen images of "protoplanetary disks" before, we've never seen the process captured in such detail.

"In [earlier] pictures, the regions close to the star, where rocky planets form, are covered by only few pixels," lead author Jacques Kluska, from KU Leuven in Belgium, said in a statement.

The images show the inner areas around young stars where planets start taking shape, accumulating matter from dust and gas. Dust grains build up into larger rocks, some of which eventually grow into entire rocky planets.

"We needed to visualize these details to be able to identify patterns that might betray planet formation and to characterize the properties of the disks," Kluska said.

The researchers had to use a relatively new imaging technique called infrared interferometry at the European Southern Observatory (ESO) in Chile to capture the images.

The technique doesn't produce an image directly. Using mathematical models — not unlike the way the first-ever images of a black hole were created — the team was able to separate the disks from the light emitted by the star itself.

The level of detail of the new images is astonishing.

"Distinguishing details at the scale of the orbits of rocky planets like Earth or Jupiter (as you can see in the images) — a fraction of the Earth-Sun distance — is equivalent to being able to see a human on the Moon, or to distinguish a hair at a 10 km distance," Jean-Philippe Berger, principal investigator from the Université Grenoble-Alpes, France, explained in the statement.

So what did they end up seeing in the new images? Brighter and darker spots of light could be a sign that "there could be instabilities in the disk that can lead to vortices where the disk accumulates grains of space dust that can grow and evolve into a planet," according to Kluska.

READ MORE: The Before Times of a Solar System [The Atlantic]