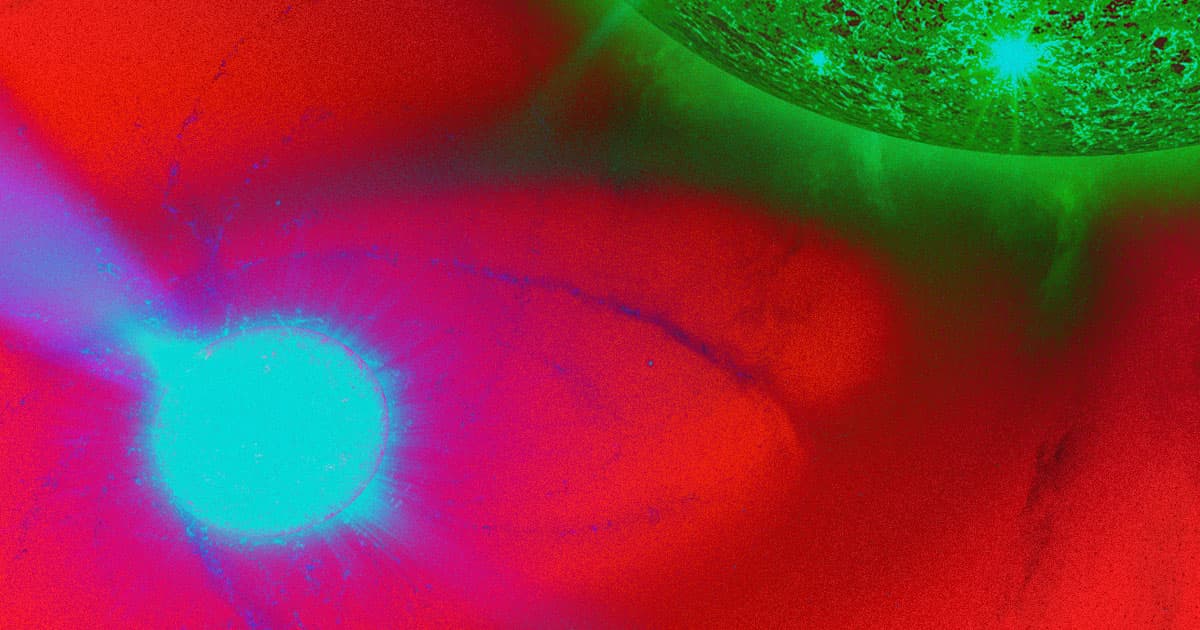 A new field of study is born: "Necroplanetology."

A new field of study is born: "Necroplanetology."

In 2015, a international team of astronomers watched a white dwarf star gobbling up the planets in its very own system like a mother devouring its young.

Their study, now accepted to the Astrophysical Journal for review, kicks off an entirely new field of study, as Popular Mechanics reports: "necroplanetology."

Towards the end of their life cycle, stars of a certain mass turn into white dwarfs by shedding much of their materials and leaving behind a nebula surrounding them.

White dwarfs are the remains of a stellar core that burned up all the hydrogen it previously used to fuel its fusion reactions. They are also extremely dense, in some instances compacting the mass of the Sun into the volume of Earth.

But scientists spotted a white dwarf called WD 1145+017, 570 light-years away, that behaved in a strange way: it dimmed at an irregular rate, repeating the same pattern every five hours or so, suggesting that there were several dozen bodies orbiting it.

These bodies resembled asteroids "with a partially differentiated structure and volatile-rich mantle," the paper reads, suggesting that they were quickly losing matter from their outer shells.

Making matters even stranger, its atmosphere was full of what the team suspected to be the remains of other rocky planets, made up of much heavier metals such as iron and magnesium.

The researchers concluded that the rocky planet remains must have recently been "accreted," or accumulated through the white dwarf's massive gravitational pull. In other words, the star was consuming the other planets in its own orbit.

READ MORE: Scientists Witness the Death of a Solar System, and the Birth of Necroplanetology [Popular Mechanics]

Yeet!
This Star Appears to Have Survived a Supernova
7. 15. 20
Read More
Dark Shadows
NASA Says Hubble Observed a "Flapping Shadow" in Distant Space
6. 25. 20
Read More
Hubble Bubbles
Hubble Captures Heartbreaking Images of Dying Stars
6. 18. 20
Read More
+Social+Newsletter
TopicsAbout UsContact Us
Copyright ©, Camden Media Inc All Rights Reserved. See our User Agreement, Privacy Policy and Data Use Policy. The material on this site may not be reproduced, distributed, transmitted, cached or otherwise used, except with prior written permission of Futurism. Articles may contain affiliate links which enable us to share in the revenue of any purchases made.
Fonts by Typekit and Monotype.