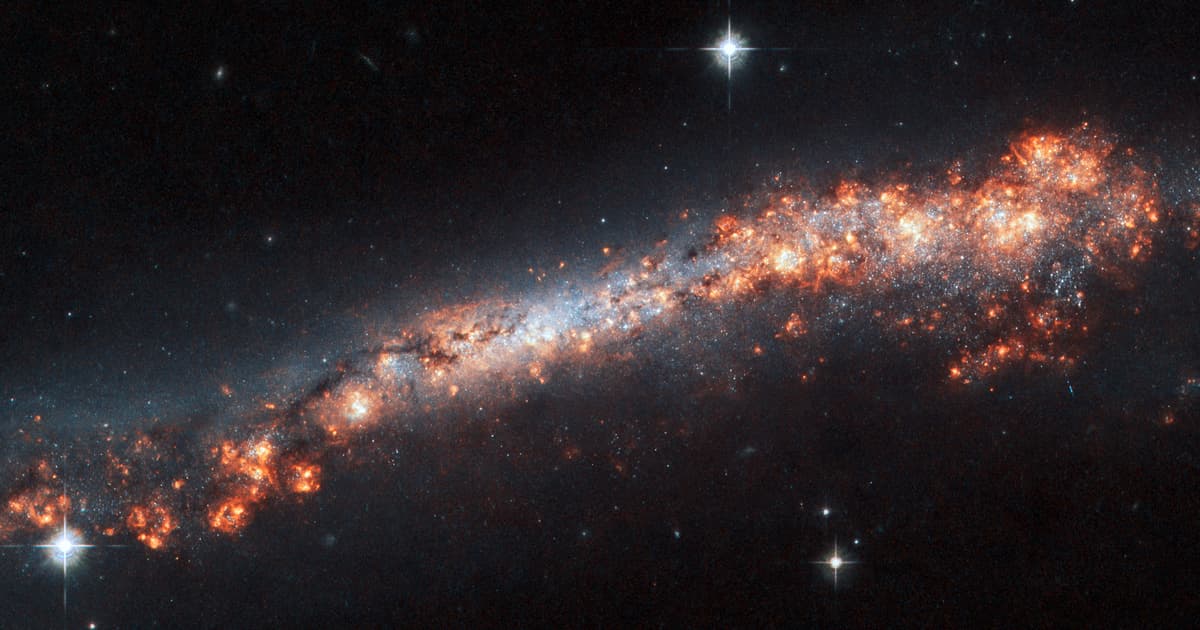 Giant Arc of Galaxies Is Way Too Big to Exist, Scientists Say

Plain and simple, this thing is too big to exist.

Plain and simple, this thing is too big to exist.

Arc of the Universe

A team of scientists has found a gigantic structure in space, called the Giant Arc, that's way too big to exist based on what we thought we knew about the universe.

The Giant Arc is a massive collection of galaxies, galactic clusters, and other space stuff that measures 3.3 billion light-years across, according to Live Science, blanketing about seven percent of the known universe. The problem is that at that scale, there really shouldn't be any sort of definable clusters throughout the universe, pitting this new discovery against established models of the cosmos — and setting up yet another dramatic situation in which scientists' best theories about the structure of the cosmos don't line up with real-world observations.

The cosmological principle, which serves as the underlying assumption for astronomers' models of the structure and behavior of the universe, says that when you zoom out far enough, matter — in the form of galaxies and clusters and whatnot — should be evenly distributed throughout the cosmos.

Normally, when a new study so flagrantly contradicts an established model, it's reasonable to assume that the new study could be a fluke. But according to the research that the University of Central Lancashire scientists presented at a recent conference of the American Astronomical Society, there's only a 0.0003 percent chance — that's three out of 10,000 — that they messed up statistically and that the Great Arc doesn't actually exist. Basically, they're beyond confident that they're on to something.

"There have been a number of large-scale structures discovered over the years," study coauthor and Lancashire researcher Roger Clowes told Live Science. "They're so large, you wonder if they're compatible with the cosmological principle."

It's not clear what, if any, changes to the cosmological principle would make sense while still being compatible with what we do know to be true about the universe. But, as Live Science reports, a small community of scientists suggests that gravity somehow operates under different rules at large enough scales — it's just not yet clear how.

More on the universe: The Largest Structures in the Universe Started To Spin and we Don't Know Why