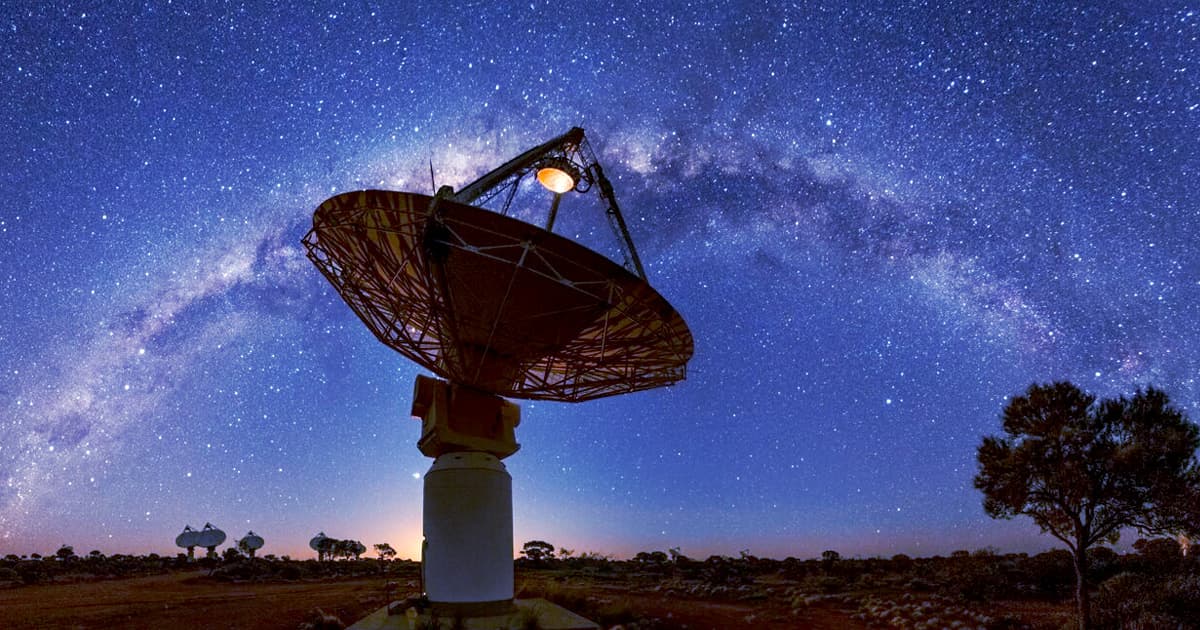 Scientists Baffled by Radio Waves Coming From Our Own Galaxy

Maybe it's a new celestial object, but astronomers still have no idea.

Maybe it's a new celestial object, but astronomers still have no idea.

A team of astronomers has detected a bizarre radio signal coming from the center of the Milky Way galaxy — and they have absolutely no clue what it might be.

The scientists who discovered the signal initially had some guesses, but gradually ruled them all out because the radio waves are like nothing they'd ever seen before, according to research published in The Astrophysical Journal on Tuesday. The signal, which they gave the catchy name ASKAP J173608.2-321635, has vanished, returned, strengthened, and faded seemingly at random, CNN reports, leaving researchers utterly baffled while they search for an explanation.

"This object was unique in that it started out invisible, became bright, faded away, and then reappeared," study coauthor and Sydney Institute for Astronomy researcher Tara Murphy said in a press release. "This behavior was extraordinary."

The team of University of Sydney researchers initially picked up the radio waves using the Australian Square Kilometer Array Pathfinder (ASKAP) radio telescope, at which point they somewhat resembled signals given off by a rapidly-spinning pulsar. Then the signal stopped, and it didn't start up again for weeks.

"Luckily, the signal returned, but we found that the behavior of the source was dramatically different," Murphy added, "the source disappeared in a single day, even though it had lasted for weeks in our previous ASKAP observations."

For now, the scientists still have no clue what they were looking at, but upcoming observatories may help them get to the bottom of it, according to CNN.

"The strangest property of this new signal is that it has a very high polarization," lead study author and University of Sydney PhD candidate Ziteng Wang said in the release. "This means its light oscillates in only one direction, but that direction rotates with time."

Those oddities led the scientists to believe they've picked up on some sort of yet-undiscovered celestial object lurking at the center of our galaxy. But until they can get a better read on this mysterious signal, they'll be left wondering what exactly it could be.