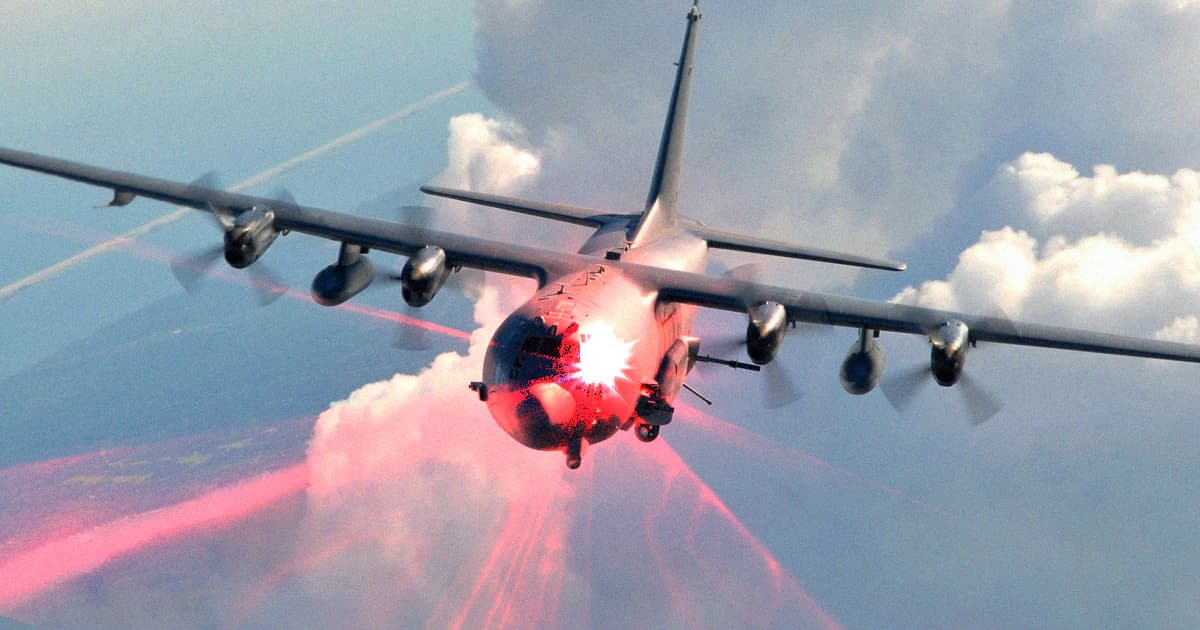 The "technology is ready for fielding today."

The "technology is ready for fielding today."

Aerospace and defense contractor Lockheed Martin has made a special delivery.

The company just sent a laser weapon called the Airborne High Energy Laser (AHEL) to the Air Force, meant to be mounted to a Lockheed AC-130, a heavily armed long-endurance gunship.

Rick Cordaro, vice president of Lockheed Martin Advanced Production Solutions, said in a statement that the "technology is ready for fielding today."

Before being attached to the gunship — a term that refers to fixed-wing aircraft with heavy armaments — the AHEL will have to go through ground testing first.

It's still unclear when flight testing the 60-kilowatt HELIOS (High Energy Laser and Integrated Optical-dazzler and Surveillance) class weapon will begin, according to Defense Daily, but that phase of the project is scheduled for fiscal year 2022.

The news also comes after the United States Army announced it is developing a powerful new laser weapon capable of rapidly firing metal-vaporizing pulses like a machine gun.

It's a stealthy new addition for the US Air Force, allowing aircraft to strike without making so much as a sound. It could offer the military a noteworthy tactical advantage — if, that is, the system proves to be functional.

Dragonfire Energy
The UK's New "Dragonfire" Laser Weapon Is Weirdly Steampunk
5. 1. 19
Read More
Worst Timeline
Russia's Latest Weapon: A Laser Cannon
12. 5. 18
Read More
This Cute Little Robot Fly Is The First Without A Wire
5. 16. 18
Read More
+Social+Newsletter
TopicsAbout UsContact Us
Copyright ©, Camden Media Inc All Rights Reserved. See our User Agreement, Privacy Policy and Data Use Policy. The material on this site may not be reproduced, distributed, transmitted, cached or otherwise used, except with prior written permission of Futurism. Articles may contain affiliate links which enable us to share in the revenue of any purchases made.
Fonts by Typekit and Monotype.