The design was inspired by Formula One technology. 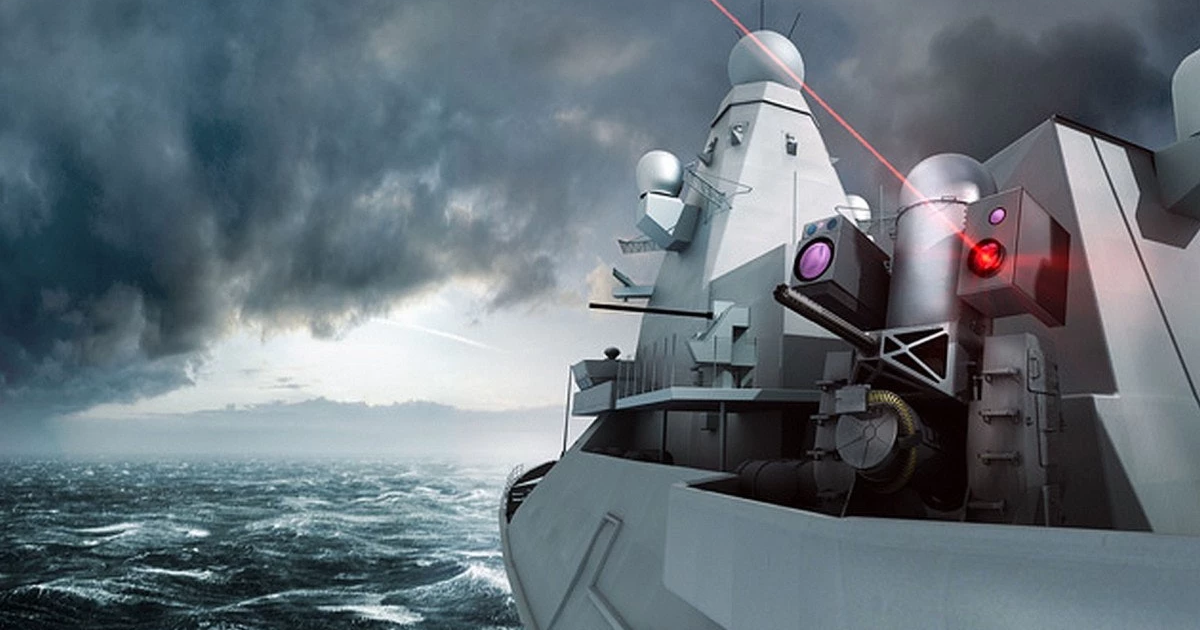 The Royal Navy is testing a strikingly steampunk mechanical energy system for its Dragonfire Laser Directed Energy Weapon on its most advanced ships. And the new system's design originally came from an unlikely source: the Williams Formula 1 team.

The Royal Navy is hoping its new Flywheel Energy Storage System (FESS) will reduce the impact on the rest of the ship when it needs to draw huge amounts of power for the energy weapon — while avoiding safety concerns such as lithium batteries starting fires on board a ship.

"This technology was originally developed by the Williams F1 team," said U.K. military spokesperson Andrew Tate in a press release. "We saw an attractive option to bolster defence capability through the provision of more robust and futureproof power systems for naval ships."

The Dragonfire itself is a powerful 50 kW laser that could "protect our maritime and land forces" from "missiles or soldiers from enemy mortars," according to the Ministry of Defense, as quoted by the UK Defence Journal.

But such a beast of a weapon on board a warship poses an engineering challenge. To meet its energy requirements, a coalition between U.S. and U.K. researchers decided to take advantage of the FESS, a system that "uses innovative high-speed & lightweight flywheels to provide high-power electrical pulses that these future systems require," according to a press release.

The most common use of a flywheel is inside a car's transmission. It stores rotational energy when the clutch is disengaged, and can transfer that energy back once its engaged again after a gear change.

In the same way, energy needed to fire a laser could be stored by a number of flywheels.

Read This Next
Pipe Dream
Tiny Robots That Repair Pipes Could Eliminate Road Work
Futurism
This Cute Little Robot Fly Is The First Without A Wire
Futurism
This Military Device Uses Lasers to Scream, Flash, and Burn Clothes
Futurism
The Laser-Shooting Mosquito Zapper We're Still Waiting For
Futurism
Laser Mounted Combat Vehicles Are Set to Roll-Out in 2017
More on Robots & Machines
From the Dept. of...
Yesterday on futurism
The Best Exercise Bikes of 2023
It's Nothing Pers...
Thursday on the byte
Scientists Create Shape-Shifting Robot That Can Melt Through Prison Bars
From the Dept. of...
Thursday on futurism
The Best Smart Lights of 2023
READ MORE STORIES ABOUT / Robots & Machines
Keep up.
Subscribe to our daily newsletter to keep in touch with the subjects shaping our future.
+Social+Newsletter
TopicsAbout UsContact Us
Copyright ©, Camden Media Inc All Rights Reserved. See our User Agreement, Privacy Policy and Data Use Policy. The material on this site may not be reproduced, distributed, transmitted, cached or otherwise used, except with prior written permission of Futurism. Articles may contain affiliate links which enable us to share in the revenue of any purchases made.
Fonts by Typekit and Monotype.