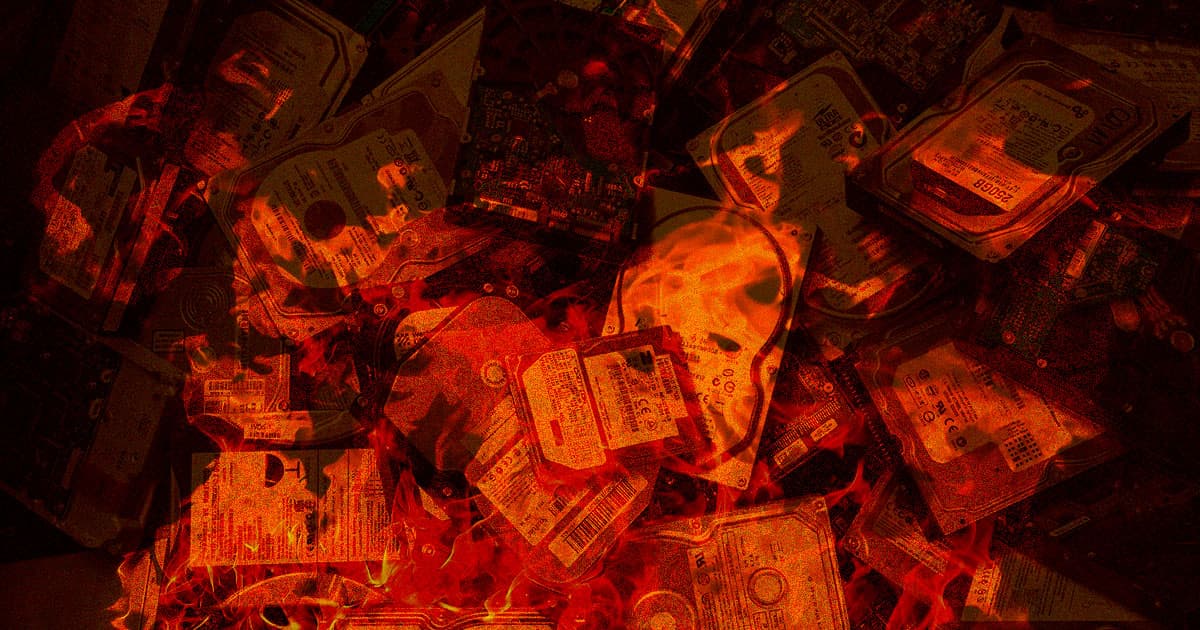 The Navy Is Incinerating Hard Drives About Laser Weapon Research

About 4,000 pounds of hard drives and other equipment need to go.

About 4,000 pounds of hard drives and other equipment need to go.

One of the Navy’s advanced weaponry research facilities is about to wipe its own memory.

But instead of formatting a hard drive or two, a research office of the Naval Sea Systems Command (NAVSEA) has a call out for contractors who would be able to incinerate some 4,000 pounds of IT equipment, hard drives, and other data storage devices down "to ash," according to Nextgov.

The NAVSEA research base in question, which is located at the Army’s White Sands Missile Range, is responsible for testing what its website calls "directed energy weapons" — laser guns, according to Nextgov — as well as rocket launch support systems. Whatever laser tests occurred there, the Navy is now taking steps to make sure that no one finds what happened.

That means that the incineration job, which is expected to take about ten hours, will be guarded around the clock to make sure that none of the highly-sensitive records survive, according to the job listing.

And hey, if you’re the lucky reader who happens to have a high-security incineration facility near the New Mexico missile range, Nextgov reports that contractors can bid on the job through the afternoon of Feb. 8.

According to the posting, The Navy is hoping to have the whole affair wrapped up by October, at which point the records of its laser research can blow away in the wind.

READ MORE: Researchers at the Naval Surface Warfare Center have a lot of classified information stored on digital devices and issued a solicitation to literally watch it all burn. [Nextgov]

Laser Tanks
The Military Is Mounting Laser Weapons on Tanks
4. 1. 19
Read More
Cocktail Sauce
DARPA Wants to Use Noisy Shrimp to Detect Enemy Subs
3. 25. 19
Read More
Power Patent
US Military Files Patent for Room-Temperature Superconductor
2. 25. 19
Read More
+Social+Newsletter
TopicsAbout UsContact Us
Copyright ©, Camden Media Inc All Rights Reserved. See our User Agreement, Privacy Policy and Data Use Policy. The material on this site may not be reproduced, distributed, transmitted, cached or otherwise used, except with prior written permission of Futurism. Articles may contain affiliate links which enable us to share in the revenue of any purchases made.
Fonts by Typekit and Monotype.