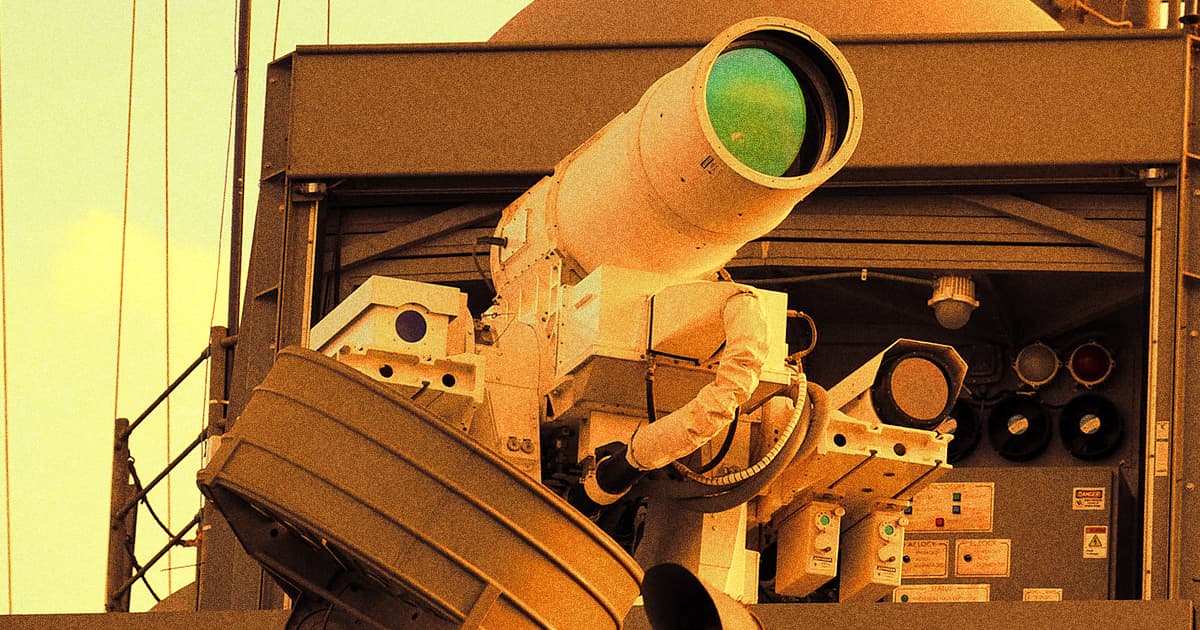 "This is not science fiction."

"This is not science fiction."

The United States Army is developing a powerful new laser weapon capable of rapidly firing metal-vaporizing pulses, much like a machine gun.

The new weapon, called the Tactical Ultrashort Pulsed Laser for Army Platforms, is expected to be about a million times stronger than any other laser weapon out there, New Scientist reports. Based on the military's plans for the weapon, the laser will more closely resemble the sorts of laser rifles in science fiction movies than anything engineers have built in the past.

The laser weapons that the US military has developed in the past were designed to bore holes through metal, allowing them to disable relatively close-by vehicles or drones.

The new weapon, by contrast, is powerful enough to vaporize rather than melt metal, making it a far more effective armament, according to New Scientist. It fires incredibly short pulses — between 20 and 50 each second — that are shaped in a way that allows them to self-focus as they travel, not unlike the bullet-like "blaster" shots depicted in the "Star Wars" films, which allows the new laser to hit much more distant targets without dissipating.

Aside from building a more powerful laser in its own right, the military is leaning even further into sci-fi tropes and trying to give the weapon an electromagnetic pulse (EMP) effect as well. When the lasers strike metal, the plan is that they rapidly accelerate electrons that are strong enough to disrupt nearby electronics.

But while it sounds far-fetched, all of this is possible and feasible with tech that already exists today, Heriot-Watt University engineer Derryck Reid told New Scientist.

"This is not science fiction," he said.

READ MORE: The US Army is building the most powerful laser weapon in the world [New Scientist]

More on laser weapons: Watch the US Military Kill an Aircraft With an Energy Weapon

Rock 'Em Sock 'Em
The Head of US Space Command Fears China's Giant Robot Arms
5. 24. 21
Read More
Worst Timeline
Russia's Latest Weapon: A Laser Cannon
12. 5. 18
Read More
The Air Force Has Invested $26.3 Million in a High-Energy Laser for Fighter Jets
11. 9. 17
Read More
+Social+Newsletter
TopicsAbout UsContact Us
Copyright ©, Camden Media Inc All Rights Reserved. See our User Agreement, Privacy Policy and Data Use Policy. The material on this site may not be reproduced, distributed, transmitted, cached or otherwise used, except with prior written permission of Futurism. Articles may contain affiliate links which enable us to share in the revenue of any purchases made.
Fonts by Typekit and Monotype.