China's new space station has a ten-meter long arm that could become a weapon. 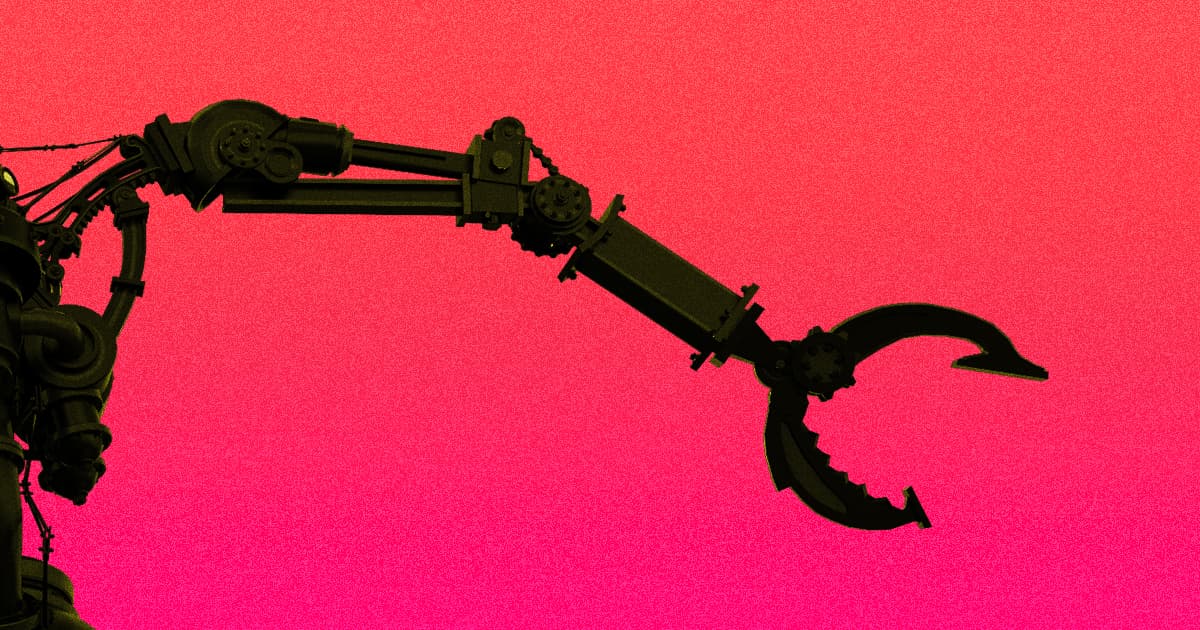 The core module of China's upcoming Tiangong space station has a powerful robot arm attached, and US military leadership is sounding the alarm that it could be used to tamper with other spacecraft.

James Dickinson, the commander of the US Space Command, warned Congress last month that robot arms like it, such as the one attached to the Chinese spacecraft Shijian-17, could have nefarious purposes like attacking satellites, according to the South China Morning Post.

"One notable object is the Shijian-17, a Chinese satellite with a robotic arm," Dickinson recently told Congress, adding that such arms could be "could be used in a future system for grappling other satellites."

Chinese officials told the SCMP that the US military was unfairly criticizing what's become a fairly common space technology. After all, the International Space Station has a robot arm as well, which can extend up to 17 meters and has been used for construction and repairs — not combat — for years, and NASA first launched a spacecraft with a robotic arm in the 1990s.

Chinese officials say that the robot arm on the new space station will be used to grab onto approaching spacecraft to help them dock, and that other spacecraft with robotic arms are designed to target and remove dangerous junk that's orbiting the Earth.

"If China makes a breakthrough in debris removal, it will be welcomed internationally," Hong Kong-based military commentator Song Zhongping told the SCMP.

More on orbital combat: US Intel Chief: Chinese Space Station Is a Threat to National Security

Read This Next
FROM THE DEPT. OF THINGS TO BUY
The Best Telescopes of 2023
FROM THE DEPT. OF THINGS TO BUY
Best Space Games of 2023
Quantum Supremacy
US Sanctions Chinese Quantum Computing Firms for... Reasons
Quantum Solutions
Chinese Scientists Say They Now Have the World's Most Powerful Quantum Computer
Pull!
The US Military Just Blew Up an ICBM With Another Missile
More on Robots & Machines
From the Dept. of...
12:00 AM on futurism
The Best Mini Fridges of 2023
Blow Up Doll
Monday on the byte
Ukraine Accuses Russia of Using Inflatable "Dummy Tanks," Which Deflated
From the Dept. of...
Monday on futurism
The Best UPS Battery Backups of 2023
READ MORE STORIES ABOUT / Robots & Machines
Keep up.
Subscribe to our daily newsletter to keep in touch with the subjects shaping our future.
+Social+Newsletter
TopicsAbout UsContact Us
Copyright ©, Camden Media Inc All Rights Reserved. See our User Agreement, Privacy Policy and Data Use Policy. The material on this site may not be reproduced, distributed, transmitted, cached or otherwise used, except with prior written permission of Futurism. Articles may contain affiliate links which enable us to share in the revenue of any purchases made.
Fonts by Typekit and Monotype.