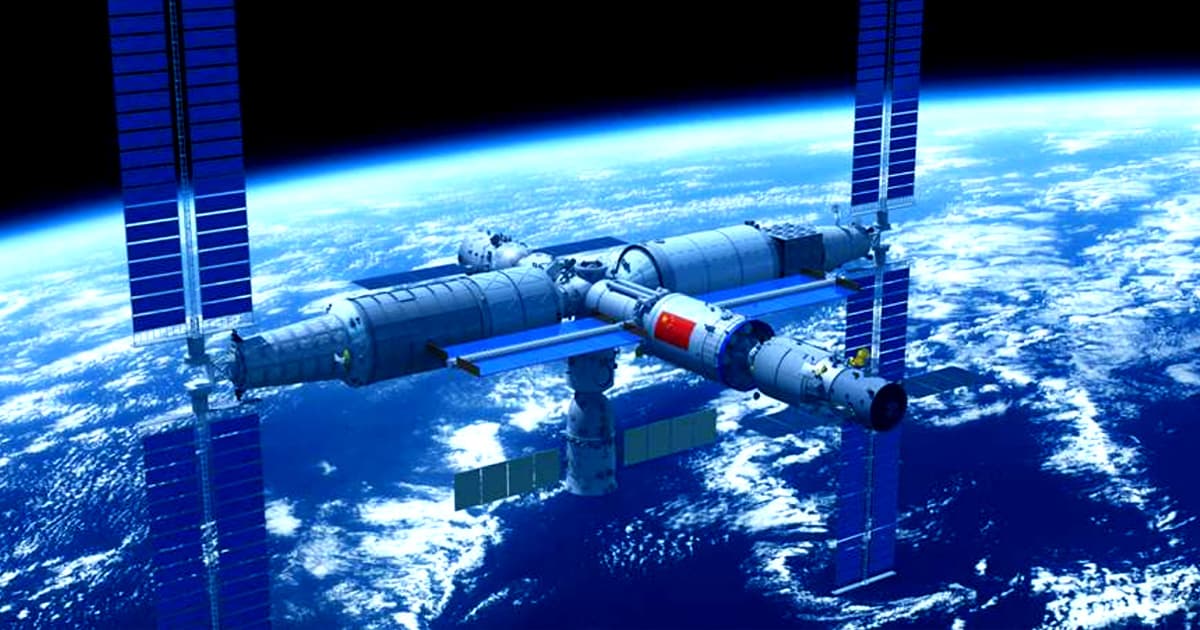 US Intel Chief: Chinese Space Station is a Threat to National Security

The station is intended to "gain the military, economic, and prestige benefits that Washington has accrued from space leadership," according to the "Annual Threat Assessment of the US Intelligence Community" report released by the Office of the Director of National Intelligence.

The report said that it’s a part of Beijing’s bigger effort to compromise US security.

"[The People’s Liberation Army] will continue to integrate space services — such as satellite reconnaissance and positioning, navigation, and timing (PNT) — and satellite communications into its weapons and command-and-control systems to erode the US military’s information advantage," the report said.

The report also said that China is readying counterspace weapons to target US satellites.

That means they’re developing things such as spacecraft that can intercept and capture US satellites and/or Earth-based lasers that can disrupt them.

This is part of a growing call from experts for the US to prepare a space defense system. In fact, many claim that the US’s current satellite infrastructure is very vulnerable to attacks from opposing nations.

Researchers at the Center for Strategic and International Studies released a report titled "Defense Against the Dark Arts in Space: Protecting Space Systems from Counterspace Weapons" in February. It details countermeasures the US can take to defend against antisatellite weapons.

As technologies surrounding space travel become more sophisticated, it’s only a matter of time before we figure out a way to weaponize them. It wouldn’t be a bad idea then if we figured out a few defense systems while we’re at it.

READ MORE: Annual Threat Assessment of the US Intelligence Community [The Office of the Director of National Intelligence]