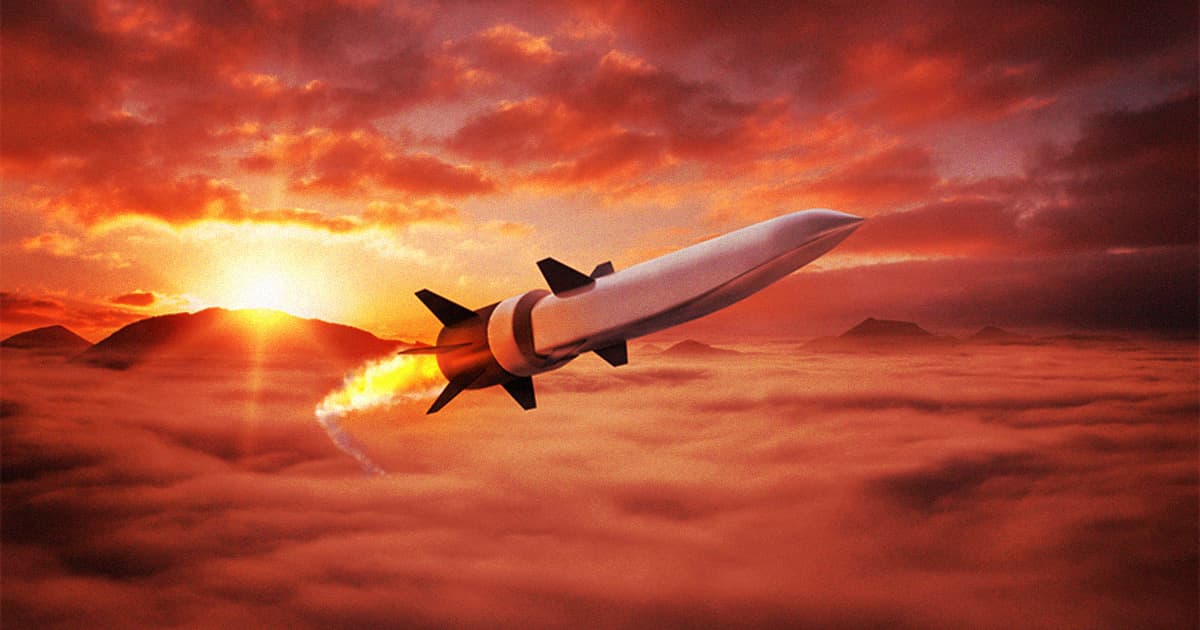 The military sees hypersonic weapons as a major weapon of the future.

The military sees hypersonic weapons as a major weapon of the future.

The US Air Force and the DARPA, the military's advanced research division, successfully test flew a hypersonic missile last week.

The test, in which a Hypersonic Air-breathing Weapon Concept (HAWC) was released from an aircraft before its engine switched on, sending it screaming at over five times the speed of sound, according to a DARPA announcement. DARPA says that the missile — which earned its name because its engine takes in and compresses the surrounding air to use as a propellant — is expected to become a prominent tool in the military's arsenal now that it's actually been proven to work.

Going forward, the HAWC team plans to take the missile and try to make it a cost-effective, viable tool for the military, according to the release, signaling that the military plans to make hypersonic weaponry a regular staple of future battles.

"The HAWC free flight test was a successful demonstration of the capabilities that will make hypersonic cruise missiles a highly effective tool for our warfighters," DARPA's HAWC program manager Andrew Knoedler said in the announcement.

The appeal is obvious. Traveling at such high speeds makes it that much harder to detect, track, and stop a missile before it reaches its target.

The US military has been working towards hypersonic weapons for years — and the research became all the more urgent when Russia announced that it had developed and started to test hypersonic nukes of its own.

Details remain scarce, but Russia previously bragged about the Avangard, a hypersonic launch vehicle that can travel 27 times the speed of sound, during a successful test launch last October. Now, it seems like the US is starting to catch up, potentially kicking off a terrifying new arms race with each nation building bigger and bigger nukes that are all-but-impossible to stop.

Cocktail Sauce
DARPA Wants to Use Noisy Shrimp to Detect Enemy Subs
3. 25. 19
Read More
DARPA Wants to Use Genetic Modification to Turn Plants into Spy Tech
11. 25. 17
Read More
DARPA's New Sensor Can Work for Years With Almost No Power
9. 12. 17
Read More
+Social+Newsletter
TopicsAbout UsContact Us
Copyright ©, Camden Media Inc All Rights Reserved. See our User Agreement, Privacy Policy and Data Use Policy. The material on this site may not be reproduced, distributed, transmitted, cached or otherwise used, except with prior written permission of Futurism. Articles may contain affiliate links which enable us to share in the revenue of any purchases made.
Fonts by Typekit and Monotype.