DARPA's New Sensor Can Work for Years With Almost No Power

"The capability of consuming power only when useful information is present will result in nearly unlimited duration of operation." 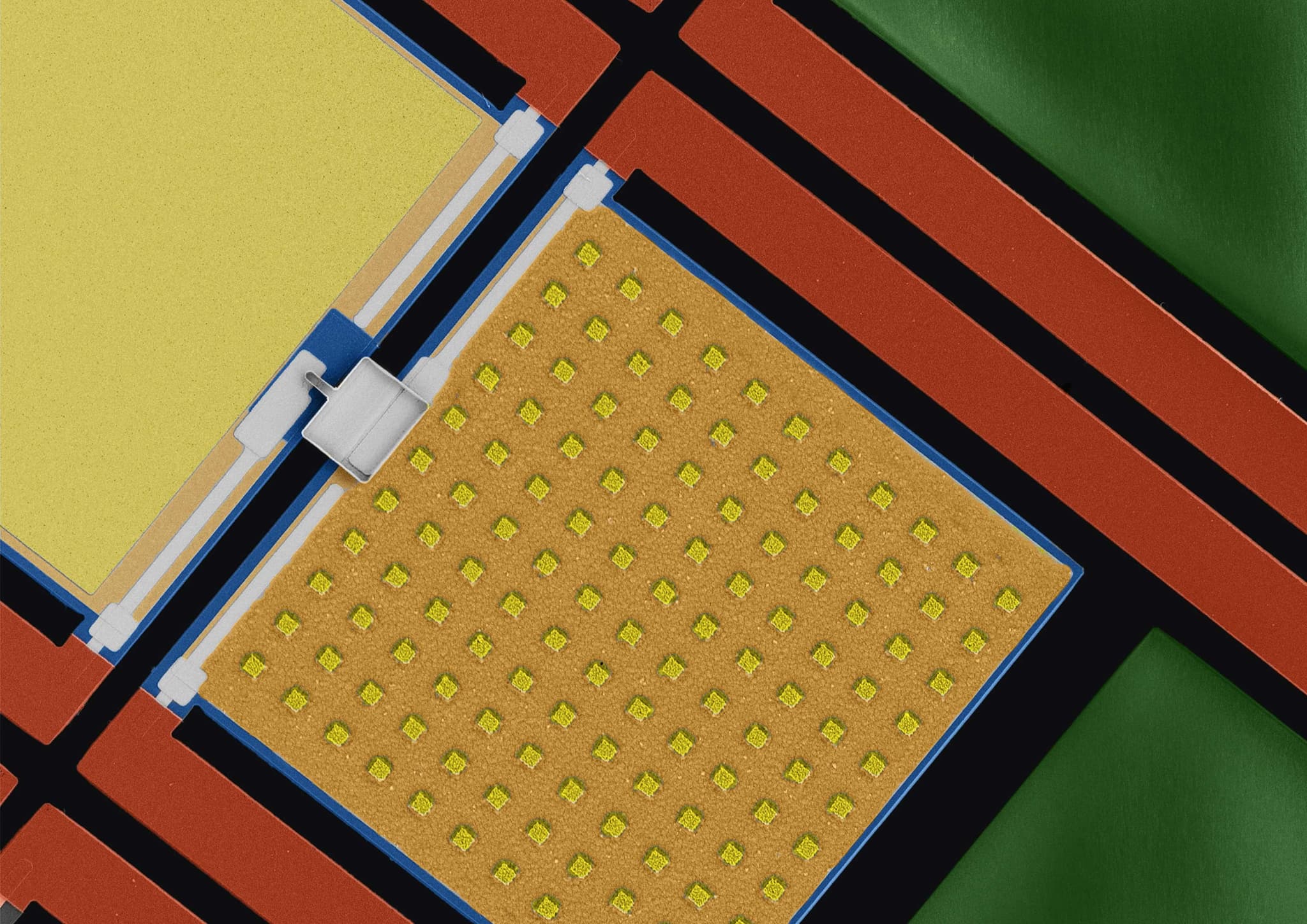 A team of researchers at Northeastern University have developed a new sensor powered by the very infrared energy it's designed to detect. The device, which was commissioned as part of DARPA's Near Zero Power RF and Sensor Operation (N-ZERO) program, consumes zero standby power until it senses infrared (IR) wavelengths.

Energy from this source heats the sensing elements, prompting mechanical movements that close a circuit and beam out signals confirming that the IR wavelengths have been detected. A grid of nanoscale patches forms a logic circuit, with each patch being constructed with specific dimensions corresponding only to the wavelengths it's designed to detect.

Consequently, the circuit can be altered to analyze various IR spectra. It's possible for the sensor to simply detect IR wavelengths in its surroundings, or determine whether the energy that has activated it came from a fire, a person, or some other source.

Wake Me When I'm Needed

A sensor like this is advantageous because it can be placed absolutely anywhere, without the need for a power supply, or access to solar energy. Such versatility sounds like wetware of William Gibson's Neuromancer, so it's no surprise it's fallen into DARPA's cross-hairs.

The sensor is capable of detecting vehicles emitting energy via the IR spectra produced by exhaust fumes. Furthermore, since engines that burn gasoline or diesel fuels produce emissions made up of different chemical compounds, it's able to detect whether the vehicle that it's "seeing" is a truck, a car, or an aircraft.

"The capability of consuming power only when useful information is present will result in nearly unlimited duration of operation for unattended sensors deployed to detect infrequent but time-critical events," states the paper, which was published this week in Nature Nanotechnology.

Read This Next
Cocktail Sauce
DARPA Wants to Use Noisy Shrimp to Detect Enemy Subs
Futurism
DARPA Wants to Use Genetic Modification to Turn Plants into Spy Tech
Futurism
New DARPA Initiatives Aim to Improve Safety and Efficiency of CRISPR Gene Editing
Futurism
DARPA Has Huge Things Planned in Biotech
Futurism
Light-Based Computing Company Optalysys Gets DARPA Funding
More on Hard Science
Warped Tour
Feb 2 on futurism
Professor Believes Door to Warp Drive May Lie With Ethylene Glycol
Sky Bursts
Feb 2 on the byte
Astronomers Intrigued by 25 Mysterious Repeating Radio Signals From Deep Space
Tractor Beam
Jan 26 on the byte
Scientists Build Working Tractor Beam, Although It's Comically Tiny
READ MORE STORIES ABOUT / Hard Science
Keep up.
Subscribe to our daily newsletter to keep in touch with the subjects shaping our future.
+Social+Newsletter
TopicsAbout UsContact Us
Copyright ©, Camden Media Inc All Rights Reserved. See our User Agreement, Privacy Policy and Data Use Policy. The material on this site may not be reproduced, distributed, transmitted, cached or otherwise used, except with prior written permission of Futurism. Articles may contain affiliate links which enable us to share in the revenue of any purchases made.
Fonts by Typekit and Monotype.