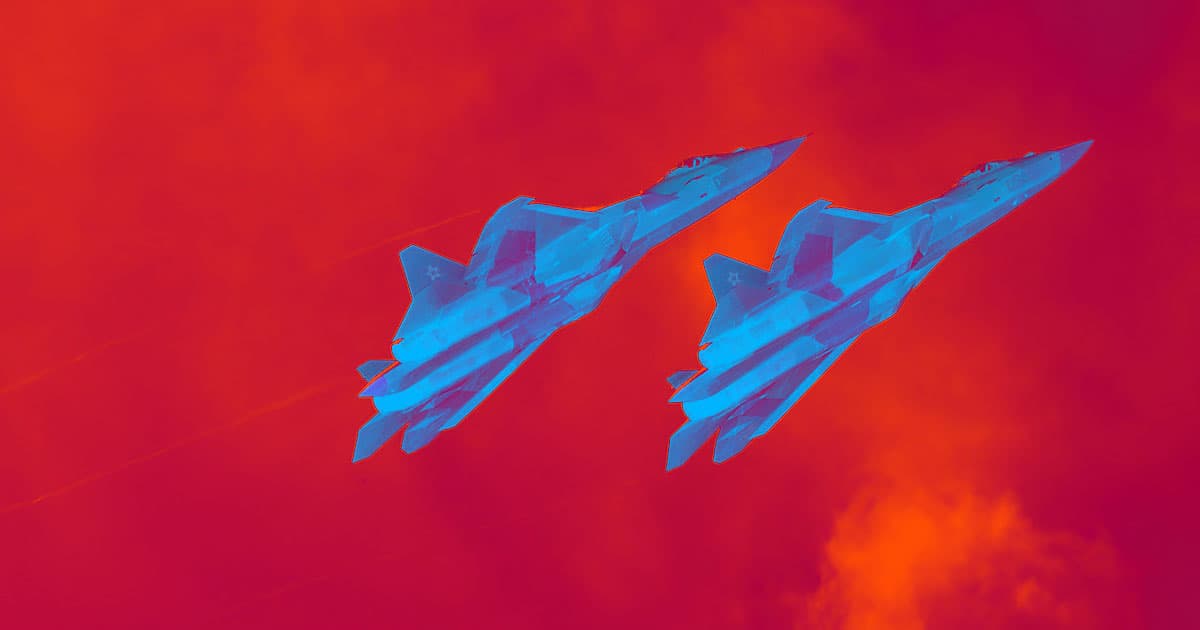 The Russian Minister of Defense called the technology "unparalleled."

The Russian Minister of Defense called the technology "unparalleled."

The Russian military has begun combat tests for new lasers and hypersonic weapons.

"In the near future, the Russian Armed Forces will receive a completely new, unparalleled weapon based on hypersonic and laser energy technologies," Russian Minister of Defense Sergey Shoygu said, per a Russian military press release. "Its first samples have already been put on trial combat duty."

If Russia is already testing its laser cannons and has figured out how to build hypersonic weapons, then it could change the balance of international military power — and change the face of warfare forever.

Shoygu went on to explain how enhanced intelligence systems would improve the Russian military's readiness to deploy the high-tech new weapons, describing how it would better manage the flow of information and the logistics of combat.

"The Strelets command, control, and intelligence system enable the troops to engage the targets in almost real time, 8-12 minutes after their detection," said Shoygu in a separate press release.

This new update, that the country has begun testing the weapons in combat, shows that the future of warfare, filled with terrifying new weapons, is very nearly here.

From Our Partners
Defend The Galaxy With 26% Off This Laser Sword
10. 21. 21
Read More
Space Race Movie Edition
Russia Wants to Be the First to Shoot a Movie In Space
9. 22. 20
Read More
Racing to the "Finish" Line
Russia Says It Has Approved an Untested COVID Vaccine
8. 11. 20
Read More
+Social+Newsletter
TopicsAbout UsContact Us
Copyright ©, Camden Media Inc All Rights Reserved. See our User Agreement, Privacy Policy and Data Use Policy. The material on this site may not be reproduced, distributed, transmitted, cached or otherwise used, except with prior written permission of Futurism. Articles may contain affiliate links which enable us to share in the revenue of any purchases made.
Fonts by Typekit and Monotype.