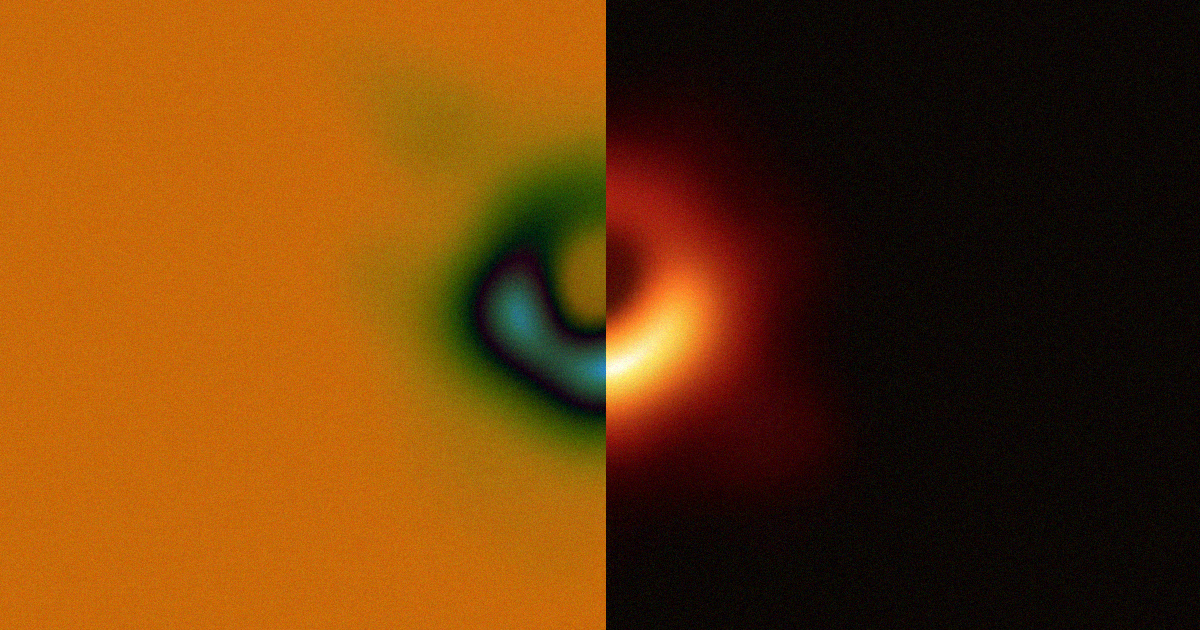 Scientists: Next Black Hole Image Will Be Way Clearer

Today's black hole photo is fuzzy, but astronomers promise the next one will be crisper.

Today's black hole photo is fuzzy, but astronomers promise the next one will be crisper.

The image of a black hole shared by scientists on Wednesday represents many things. It's the first-ever direct observation of a black hole's event horizon, it's evidence supporting Einstein's theory of general relativity — and, if we're being perfectly honest, it's just straight-up awesome.

But the picture — a glowing orange ring — is also kind of fuzzy, like an optometrist forgot to calibrate her equipment before photographing someone's retina. That's why scientists from the Event Horizon Telescope (EHT), the international network that captured the image, are promising that the next one will be way crisper.

The EHT is a network of radio telescopes around the world. By combining their data, scientists can essentially treat the EHT as though it's a single planet-sized dish. That lets them spot small, faraway objects like the black hole at the center of the M87 galaxy — but because there's only a handful of telescopes in the network, the images are inherently fuzzy.

Since the M87 data was collected, a number of telescopes have joined the ranks of the EHT, meaning that any future images will already be sharper, EHT Director Shep Doeleman explained during a livestream on Wednesday. He also mentioned that algorithms could be used to clean up the current image.

The current image was taken with a network of telescopes that could capture a wavelength as small as one millimeter — Doeleman's goal is to get that down to 0.87 millimeters. That would sharpen future images by 13 percent.

In coming years, the EHT may even grow larger than the Earth.

"World domination isn't enough — we also want to get into space," Doeleman said, explaining that he hopes to introduce orbital telescopes into the mix.

Doing so would mean an even higher resolution for future black hole images, and it could help the EHT finally capture Sagittarius A*, the supermassive black hole at the core of the Milky Way.

More on the EHT: Scientists Just Released the First-Ever Image of a Black Hole